How literature can inform human rights

Literature can transform our view of the world and help foster a sense of empathy for the suffering of others.
Tim Robertson
[This is archived content and may not display in the originally intended format.] 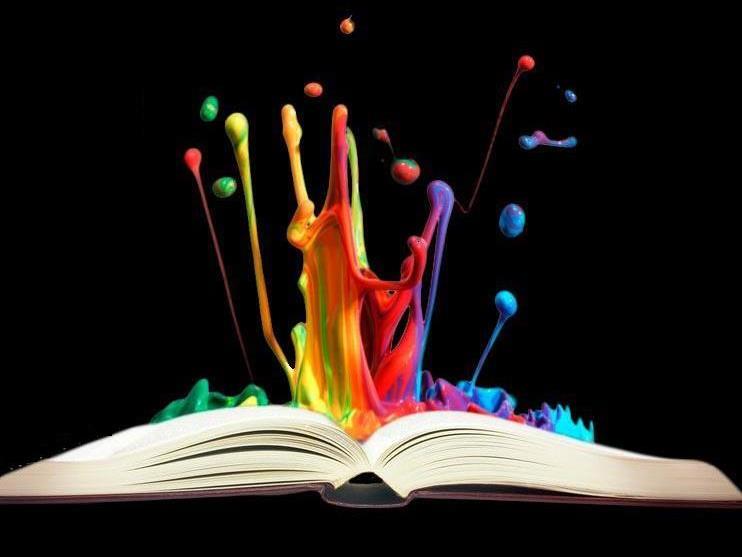 The American philosopher Richard Rorty believed that the best way to combat human rights violations was to engage people emotionally, rather that rationally. He believed that a global culture of human rights, which in essence is a universally shared sense of humanity, could unite people from different backgrounds.

He argued that those who often carry out atrocities dehumanise their victims; their actions become permissible when committed against a person of different race, religion or ethnicity because – in the eyes of the perpetrator – they are not really human. At the centre of this concept is what he called – borrowing from Flaubert – “sentimental education”. Rorty believed that, through literature, a shared sense of empathy for the suffering of others could be learnt and taught. Although it’s rarely said explicitly, this is what students do every day in English classes around the country. Take, for example, what must be one of the most widely read novels in Australian high schools, Harper Lee’s masterpiece, To Kill a Mockingbird.

It’s a novel that can’t be read without informing one’s understanding of the American civil rights movement and its significance in shaping modern history. The world today is a different place, but the issues of racism, prejudice, class and justice are no less relevant or important.

It’s the point at which the literary and the political intersect that one can best test questions of morality. The best literature – written by writers like Dickens, Nabokov, Kafka and Shakespeare – is effortlessly political, rather than ideological. It is, at its best, the study of man and exploration of the human condition, and it’s carried out with a thoroughness that’s beyond non-fiction or journalism. Indeed, we’ve learnt to distrust and be suspicious of literature that’s overtly political or ideological.

Consider the relevance of To Kill a Mockingbird, a novel published over 50 years ago, to Australians reading it for the first time today. Set in the 1930s in the Americas deep south, Atticus Finch, a lawyer, stands up against the hypocrisy, racism and violence of an entire town to defend the right of one black man to be treated fairly and justly.

The same issues (my year nine English teacher would have called them ‘themes’) are at the very heart of the current debate over how Australia should treat refugees who try to enter the country by boat. Should they be afforded the same rights under law as “ordinary” Australians? (Or as Robert Manne has put it, rather more pointedly: Would we feel the same way about them if they were white Zimbabweans fleeing Robert Mugabe’s rule?)

Thinking about racism in a different context – particularly through literature – lends it a universalism that politics often robs from it. Racists rarely recognise the racism in their own behavior or opinions – “nah, I’ve got stacks of Asian mates” – because their focus lays elsewhere. Rhetoric that Refugees, for example, cost jobs or are bad for the economy or violate our sovereignty and so on and so forth. Used as evidence that race has nothing to do with it (or so the argument goes).

Literature cuts through the propaganda and wooden language of politics (boat people, economic refugees, queue jumpers) that inevitably characterises these debates. It forces readers to wrestle with moral problems and question assumptions that are, perhaps, taken for granted. Politics, in contrast, often tries to reinforce these assumptions and prescribe formulaic solutions.

It was at high school that most Australians since WWI are first introduced to the war poetry of Wilfred Owen. For my own education it was around the same time that the United States decided to invade Iraq, and Australia – the unquestioning, doting alley – committed to joining them.

The rhetoric of those supporting the Iraq War was about overthrowing the fascistic Saddam Hussein regime, nation-building, humanitarian intervention and the export of democracy. But it masked the reality of what was to come; a reality that a young British soldier, writing from the Western Front in 1917, could better articulate than any politician or journalist eighty-six years later.

My friend, you would not tell with such high zest

To children ardent for some desperate glory,

The last line is from Horace’s Odes: “It is sweet and right to die for your country.” The poem exhorts Roman citizens to develop a martial spirit and valour to rival their enemies’, particularly Parthians, so they’ll be crippled with terror and unable to resist them. And so it was in Iraq: The threat of weapons of mass destruction that was the basis for the invasion proved to be false and it was the ‘children ardent for some desperate glory’ sent to fight based on a portrayed truth that suffered most.

In the days and months after President Bush announced his planned invasion of Iraq there was seemingly endless amounts of analysis from countless perspectives, but now, as Iraq drowns in a depravity far worse than that which she was meant to be rescued from, those speeches and columns have been forgotten. We are left, instead, with the words of Wilfred Owen – a reminder that all wars, no matter how ‘noble’, are the same in their essential elements.

There is no Australian equivalent to Wilfred Owen, but that’s certainly not because early Australians weren’t penning poetry. On the contrary, historian John Hirst claims that Australia “was born in a festival of poetry.” That Australia’s earliest poetry is now largely forgotten and never studied in schools is a reflection of both its literary quality and ephemerality; nevertheless, the poems do provide a glimpse of the attitudes of the time.

This, for example, is from a poem written by one of the fathers of Australia’s federation, Henry Parkes, describing the torture and murder of a young Aboriginal boy on the Hawkesbury in 1794:

As they were beasts of prey!

But men of English birth have done

More savage things than they.

These words are hard to read not because of what they describe – barbaric as they are – but because of what they prefigure. It was the early savagery inflicted upon the Aboriginals that began the on-going and continuous cycle of persecution and marginalisation that plagues Australian society right up until the present day.

But for Parkes and many other colonialists this was no cause for moral anguish, in their eyes, Aboriginals were sub-human; a problem that needed to be nullified. So when, in the same collection of poems, Parkes extolled the achievements of Australia’s “peaceful” settlement he saw no contradiction:

With seas far-reaching east and west.

In peace and freedom ever blest.

This speaks to Rorty’s thesis that human rights violators who dehumanise their victims don’t see themselves as having committed any moral transgression. “Peace” and “freedom” were evidently only rights bestowed upon white men and women. There was a minority that spoke out against the murder of Aboriginals – as documented in Henry Reynolds book Forgotten Wars – but the dominant view in the colonies was that espoused by Henry Parkes.

Australia is still yet to fully confront and deal with its past, as is evidenced by the fact that there is still no monument or shrine to commemorate the Aboriginals who lost their lives in the Frontier Wars. It would be reconciliatory – remedial – to have the poems for students to study of brave colonialists who spoke out against the atrocities being committed in their name and for their benefit. But alas we don’t, and it should be a cause for great regret, for just one dissenting poem would be worth all the others that gave birth to the nation.

Richard Rorty recognised that his approach to human rights has its limitations, particularly when violations are not the result of dehumanisation or a lack of empathy. Moreover, for it to be successful it requires a willingness, time and ability to engage in the dialectic (how does one get an Islamic State fighter to read To Kill a Mockingbird?).

It’s countries with a high level of universal education, like Australia, that have the great advantage of being able to introduce students to literature that can begin to foster empathy and develop Rorty’s idea of a global conception of human rights.

Obviously these values won’t be truly “global” until they’re universal, which would require a degree of homogenisation that’s impossible to envisage (nor, I would argue, desirable). But in Australia, where students may often feel disengaged from human rights debates, the study of literature – a sentimental education – is the ideal place to begin the exploration of what can sometimes be a rather complex subject.

Tim Robertson is a freelance journalist and writer. He divides his time between Melbourne and Beijing. He has written for various national and international publications including Right Now, Crikey, New Matilda, Kill Your Darlings and Overland. You can follow him on twitter @timrobertson12