For digital natives, the foyer is the point

We need to rethink our physical spaces to create meaningful live experiences for the constantly connected generation.
Kris Stewart
[This is archived content and may not display in the originally intended format.] 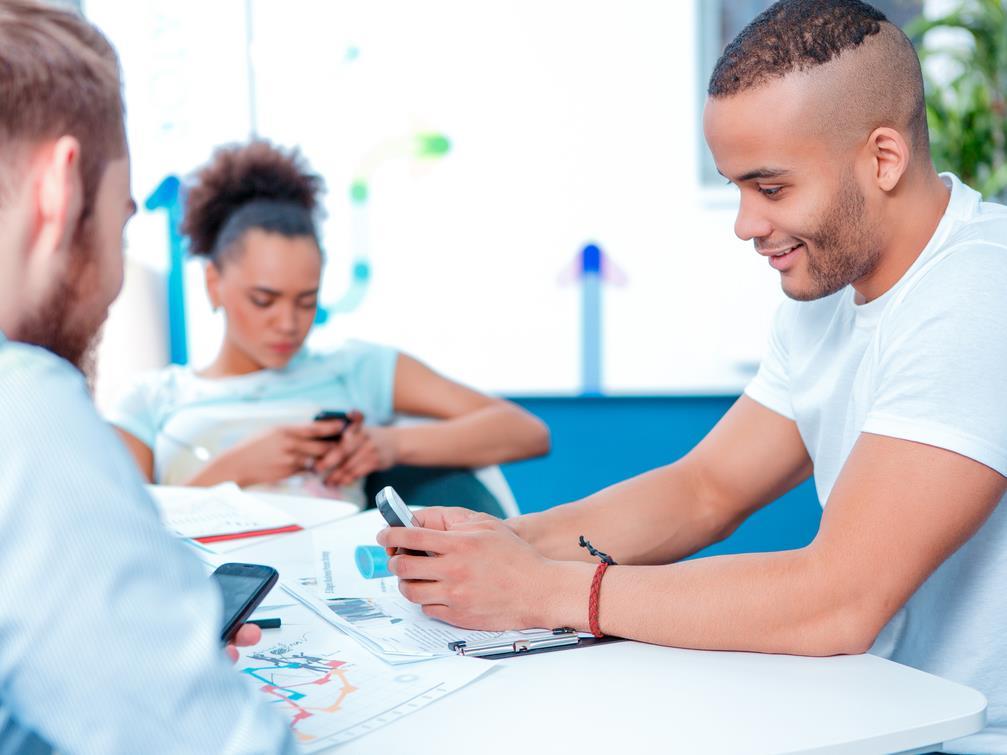 In 1986, when I was 12, I received a Commodore 64 for my birthday, with a cassette copy of International Karate.  It would take twenty minutes to load.  In 1993, one of our friends got a mobile phone, and the rest of us decided immediately that he was now a wanker. Sometime around 1996 or 1997, I got my first email address.  With great pride, I decided to go with aol.com.

Grab someone who is 20 or younger and tell them a story like this.  The best you could hope for is a polite smile, and a ‘Tell us more stories about what it was like in the olden days, grandpa.’

The growing number of ​digital natives as a percentage of audiences and creators will be the biggest cultural change seen Gutenberg.  There is a glorious potential in a network of makers and supporters that have only known a time of perpetual connectedness – and a risk, I guess, if we don’t keep open-minded about the changing expectations that can come for the live experience.

Ultimately, digital tools make us more social, not less.  The narrative that old bastards like me would like to be true is that ‘Digital just gets in the way.  Turn your phone off and get off my lawn, you kids.’

But that is not how ​digital natives feel.  They have only known a time when all of their friends, and every address in the world, and all information know by man existed right in their hand.  They’ve used this tool to create a world where they’re documenting experiences and connecting with friends and making a digital mark on the cave wall – and they (and let’s be honest, us old bastards as well) are doing it constantly.

And that changes an expectation of a live experience.  Many of us work in arts centres and venues that were built for an audience that soon could stop existing – the audience that wanted to drive into a car park and go up in a lift and sit quietly in a dark room while something of “artistic substance” happened on a stage in front of them.  But why would you want that, if you’re an audience member that wants to connect their living experience with their digital relationships?  Why do you want to turn off your life to sit passively in the dark?

This is probably where you’re thinking: ‘Oh no, it’s an article where someone is going to tell me that people should be able to surf the internet and post on snapchat when they sit next to me in the theatre.’  I promise – it’s not that.  It’s just a commentary that culture is never still, whether you’re looking at it from the perspective of audiences or of artists.  If culture is living and moving, it’s a fool’s errand to think audiences won’t be – and while they may not want the experience of Shakespeare’s time where you could bring a prostitute into the back row, they probably DO want an experience that aligns with the rest of their life.

And that is a life that is becoming more social.  Where work and family and social experiences are becoming fluid, where we’ve extended our lounge room and community space across our entire lives and our theatres should be no different.  We need our foyers to bleed effortlessly into our performances spaces and both to be equally inviting.  The foyer IS the point.

The defining nature of digital natives is to have grown up in an age of truly interactive arts.  What a gaming generation has given us is an audience that assumes they can be at the centre of an experience, that they can interact and drive it.  Audiences being always mobile and always connected changes the way they CAN engage with a live experience.  VR means you can both be in a bus to Ipswich, AND watching a one-off Kanye concert.  Both of these experiences are “equally live”.

Those that have spent any time in China recently can see that the horse has now bolted on this:  it’s a whole country that virtually skipped the “desktop computer and email” step and leapt straight to a population being 100% mobile connected, where WeChat unites every part of business and entertainment.  Digital natives are global and mobile and art will spring from that.

Interactivity and Virtual/Augmented/Mixed are some of our first truly new arts forms in centuries.  Their language is still being found.  In cinema terms, we’re still looking at the train coming at the screen.  And we’ve probably seen the genesis of the first great works – interactive storytelling in the nascent art form of gaming.  The cycle for art forms is to begin in the centre of popular culture, and then for great artists to use the tropes of that form and refine them.  Art forms distil over time as creators stand on the shoulders of those that precede them.  Irving Berlin becomes Theolonius Monk; Jerome Kern becomes Stephen Sondheim; Jerry Siegel becomes Alan Moore.  The Last of Us becomes …?

So where does it leave us?  The physical will always be a unique thing that we can offer in the live arts.  Work that exists in a tangible place and time and shared with people that you can see and touch, people who you DON’T know.  Now our challenge is to rethink some of physical spaces and some of the traditions that surround them – create digital venues that can be galleries, creative spaces, screening rooms and studios all at the same time.  Spaces that are audience and maker-friendly and are built for globally connected ​digital ​natives, spaces that connect our artists with similar makers in Asia, North American and Western Europe.  As governments start to talk more and more about “innovation”, our responsibility is to demand the venues and opportunities for creative thinkers to lead that work, as artists always have.

It may change the way we make work, and it may change some of the language and tools we work with – but I genuinely don’t think it will change the vitality of what we’re making.

As long as we remember who we’re making that work for.  It is a generation for whom  ‘live’ means something different from any generation that has preceded it.

Kris Stewart is Artistic Director | Brisbane Powerhouse. He was previously  founder and executive director of the New York Musical Theatre Festival, the world’s largest annual musical theatre event; artistic director of The Festival of Voices, Australia's national festival celebrating the instrument of voice; and founder and festival director for The Sydney Fringe, NSW’s key major event for the alternative and independent arts sector.