The Victorian Opposition is calling for the creation of a $50 million Creative Industries Restoration Fund. Shadow Minister for the Arts, the Hon David Davis MP, explains more.
David Davis 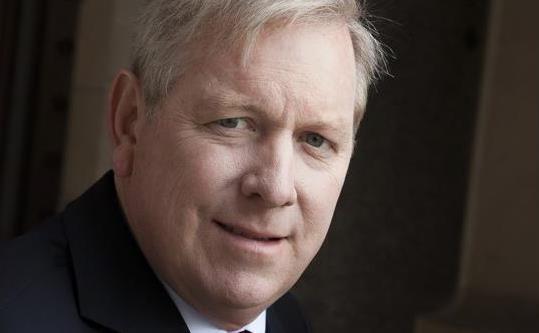 Victoria has major strengths across the creative industries. Our small to medium and independent sector is described in the Victorian Government’s strategy as a creative powerhouse, globally-connected, innovative and a source of local pride and enjoyment. Victoria is the national focus of visual and performing arts, music and design. We account for about half of Australia’s television drama production and half of Australia’s digital games sector, but much is at risk.

Victoria’s state-owned cultural institutions anchor our global profile and reputation for cultural accomplishment. Before COVID-19 they hosted more than ten million local and international visitors each year, holding cultural collections worth more than $5 billion. Victoria is the home of philanthropic support for arts and culture – it’s the strongest in the nation. Our strong multicultural base has strengthened the arts in Victoria and continues to influence our creative and cultural offering. Key bodies like Multicultural Arts Victoria continue to bring the art and culture of our immigrant communities to the fore. Again, prior to COVID-19, officially Victoria’s creative industries made up 8% of the economy, contributing almost $23 billion and 289,000 jobs.

The COVID-19 crises and its devastating economic impact is unlike anything Victorians have witnessed in our lifetimes. In line with the unparalleled bipartisan response to the COVID-19 health emergency and the pressing need to get the economy recovering and new jobs underway as soon as possible, the Victorian Liberal Nationals recently made a series of recommendations for measures we would support to help restart the economy, including the creative industries.

Amongst other things, we recommend the State Government dip into the massive COVID-19 response resources provided to it by the Parliament in April to establish a $50 million Creative Industries Restoration Fund, in addition to already announced and welcome Victorian Government support.

Creative industries are being seriously impacted by the COVID-19 pandemic. The creative industries and the arts on the early figures are the second most severely impacted sector. Department of Treasury and Finance modelling shows Victoria lost over 46,500 jobs in arts/recreation or 18% from 14 March to 4 April. The impact on the creative industries sector-wide is a much larger number. The cultural and creative sector employed an estimated 289,000 Victorians in 2018-19 and we believe the Victorian Government has a responsibility to facilitate the recovery of this sector to pre-COVID-19 employment levels by June 2021.

While the Commonwealth Government has reacted to the crisis with packages such as the JobKeeper package and the JobSeeker package, accessible to many in the traditional large companies, such as the orchestras, opera companies and galleries, not all have been able to access these programs or equivalent and this is a weakness in a federal response otherwise marked by a swift and well-resourced national intervention.

Not all have been able to access these programs or equivalent and this is a weakness in a federal response otherwise marked by a swift and well-resourced national intervention.

The Victorian Coalition Government between 2010 and 2014 instituted the highly successful White Night, which had gone from strength to strength. Concerningly, Labor had begun to tamper with the successful White Night formula, even before COVID-19. It is to be hoped that an early opportunity a full White Night can again occur, but as an interim measure, given the challenge of large crowds and the need for social distancing, the Coalition believes there should be, and would fund, a 2020 virtual White Night. Events such as White Night have not only supported the creative arts and unique innovation, but have also driven massive local employment and supported tourism. That is why our advocacy for a White Night expansion has called for a focus on additional regional cities. Separately, in Our Plan to get Victoria back to work and back in business, we have called for $200 million in regional tourism support.

Daniel Andrews has locked the state down hard. Initially, tough restrictions were warranted given the undoubted threat, but he and Labor have been slow to open up; slow to open up for cafes and restaurants, with Victoria still lagging behind every other state; slow to open up, with appropriate social distancing, pubs and clubs, with Victoria lagging weeks behind other comparable states. This is clearly important, not just to those sectors, but to the live music sector and other parts of the creative performance sector that rely on pubs and clubs.

The travel lockdown needs to be lifted now, with appropriate rules and proper social distancing in place. Tourism and the regional arts sector are heavily dependant, both in country Victoria and in Melbourne, on the ability of the community and patrons to move and visit. New South Wales has led the way, removing travel restrictions. It is time Victoria belatedly caught up.

The Victorian State Government has announced some packages of support for the creative industries, but they are not enough. Our $50 million Creative Industries Restoration Fund goes a lot further. It would provide active assistance and targeted support. We have called on Labor to adopt our idea.

Our $50 million Creative Industries Restoration Fund … would provide active assistance and targeted support. We have called on Labor to adopt our idea.

Outside venues may play a role in restoring early concerts and performances, given the favourable social distancing aspects of venues like the Myer Music Bowl. Government must lead on the development of a summer series taking advantage of Victoria’s great outdoors.

The damage to key companies is exacerbating pre-existing issues. In critical organisations like the Melbourne Symphony Orchestra, a dispute between the highly-talented and world class musicians and management rumbles on. It needs to be resolved. There appears to be a leadership void given the Sydney Symphony Orchestra has reached a collaborative conclusion with its musicians. The continuing silence of Creative Industries Minister, Martin Foley, does not absolve him of responsibility to resolve this dispute. No matter how many times he washes his hands in this COVID-19 crisis, he will still be responsible for a solution to the MSO musicians’ problems.

In Opposition, our task is to scrutinise and hold the government to account. It is also to develop alternate policy and we will do so in the lead-up to the 2022 state election. In a time of crisis, like the COVID-19 crisis, one key role is to put forward propositions and ideas that the Government can adopt in the public interest. Our Plan to get Victoria back to work and back in business seeks to do this on a wide front, proposing ideas that government could adopt. It’s all about getting Victoria back to work and back in business, including our creative industries.

The Victorian Parliament has authorised the State Government to borrow $24.5 billion to spend this financial year and next financial year for COVID response. Some of this extraordinary surge in borrowings – to be added to the $50 billion the State already owes, bringing the total state debt to $75 billion – will be diverted by Daniel Andrews and his ministers to fund the cost overruns and blow outs on a series of major transport projects. The Opposition is very concerned the COVID destined money will be siphoned off to deal with the Government’s mismanagement. This risks leaving the creative industries and many other sectors short. The borrowings should be spent on new capital works that are shovel ready and support for hard hit sectors, like the creative industries.

David Davis MP is the Shadow Minister for the Arts and Leader of the Opposition in the Legislative Council.