Far from political correctness being the arch enemy of comedy, comedian and beloved rabblerouser Tim Ferguson believes that neither could exist without the other.
Tim Ferguson 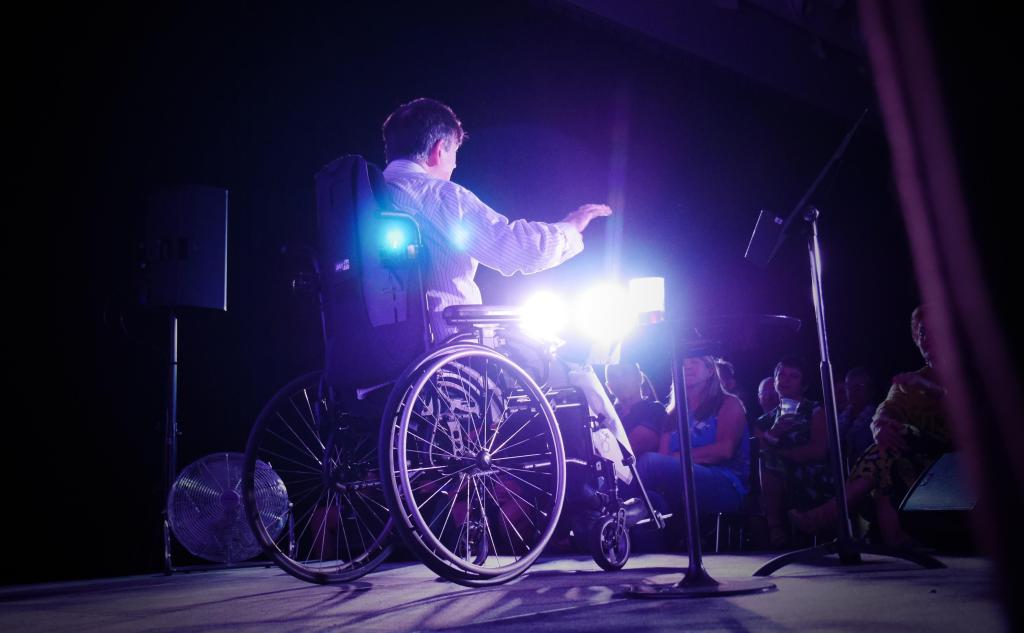 You may think that comedy and political correctness are irreconcilable.

But the truth is, political correctness would not exist without centuries of assistance given by comedy and comedians.

The comic playwright Titus Maccius Plautus (254 – 184 BC) introduced a character named Chrysalus in his comic play Bacchides. Chrysalus was an archetype new to comic narrative – the ‘clever slave’, an underling smart enough to outwit his master. The archetype thrives today in BBC’s Blackadder, but back then the notion of slaves with superior intellects to their owners was dangerous. Or, to use a modern term, ‘edgy’.

The 16th Century’s Commedia D’ell Arte featured the character Columbine, typically a low-status woman with a razor wit and no time for romance. Columbine rarely paid a price for her rebellious behaviour. This sort of female independence was ‘close to the bone’ comedy. It elevated the appreciation of poor women at a time when women’s wits were generally not celebrated by the other arts. Ahem…

The modern battles waged against sexism, racism, ageism and the phobias towards LGBTQI have often been championed by comedy writers and comedians to great effect to a mass audience.

In 1951, Lucille Ball, star of I Love Lucy, created the eponymous ‘Lucy’ who struggled with, and was frustrated by her role as a wife, mother and worker. Lucy tried her hand in various workplaces and revealed the impossible demands being made upon women to maintain work/life balance alongside doing all the housework. And she was funny, the perfect camouflage for sedition in conservative 1950s America.

On Australian televisions in 1972-32, Graham Bond’s comic character, Aunty Jack, was a hyper-masculine male in a voluminous dress, woman’s wig and boxing gloves whose catchphrase was ‘I’ll rip your bloody arms off!’ This cross-dressing truck driver appealed to men and women alike and had a legion of young fans (including me). The boundaries of identity, gender and dress were all crossed right in front of our eyes, and nobody but conservative wowsers complained. Cross dressing truck drivers could sleep a little easier.

Consider, when feminists were being charged with causing a public nuisance for burning their bras in the streets in the 1960s and 70s, comic feminists were on televisions across the Western world.

She cracked gags about her disdain for housework (‘Cleaning your house while your kids are still growing is like shovelling the sidewalk before it stops snowing‘), the status of beauty (‘It’s a good thing beauty is only skin deep, or I’d be rotten to the core’) and offered new tactics for marriage (‘Never go to bed mad – stay up and fight’).

British comics Julian Clary and Eddie Izzard have done much to promote acceptance of personal sexual identity just by being themselves on the world’s biggest stages.

The main imperative of comedy is to impart truth. It uses tricks to beguile, distract, and build false assumption to create surprise. Truth and surprise create laughter. There is no spoonful of sugar to make the medicine go down.

If an audience laughs, they agree with a joke’s truth, even though it may go against their grain. And, importantly, if a comedian makes them laugh, they are more likely to accept that comedian’s personal choices whatever they may be.

The fact is, it’s impossible to laugh and be offended at the same thing.

Of course, a joke’s ‘truth’ may be subjective. And that’s where the trouble starts. Play the brilliant British comedy Fleabag at an Australian Christian Lobby tea party and see what happens.

Today, such behaviour would be rightly regarded as sexual harassment. But it’s important to remember that at that time, Benny Hill was breaking rigid and prudish British conventions toward sexuality and class. For his time, Benny Hill was ‘woke’. The fact that some of his subject matter does not stand the test of time does not mean it wasn’t funny for its contemporary audience, or that it was not breaking conventions.

Many see past Shakespeare’s sexism and racism (see Othello, Taming of the Shrew) to enjoy the fruits of his gifted storytelling, word play and challenging of the conventions of his time (see the cross-dressing and class-crossing in Much Ado About Nothing).

A warning – conventions do not stand still. There will come a time when the comedy we all enjoy now will be regarded as offensive, puerile and ignorant.

After that, who knows what issues will arrive on the battlefield? Polyamory? Polygamy? Public nudity? If those topics offend or trouble you, you may eventually need to accept you are old-fashioned and prejudiced. If they don’t, grab a microphone on a stand-up stage near you.

In the meantime, it’s the responsibility of comedy writers and comedians to stay one step ahead of the ever-evolving limitations of political correctness while expressing their own truths. To ‘punch upward’ at power, humbug and hypocrisy while exposing personal weakness and sorrow. And yes, to express their truths no matter how awkward they may seem today.

And it’s the responsibility of the audience and of everyone with a Twitter account to also punch upward. Instead of policing comedy, the arts and other progressive targets, we must all hold to account those with true power and prejudice.

Tim Ferguson’s Comedy Masterclass will be held in Sydney, Brisbane and Melbourne in November and December. Limited places available via the Cheeky monkey website.

Tim is author of The Cheeky Monkey Comedy Screenwriting Manual, Co-Writer of feature films Spin Out and The BBQ and various books, sitcoms and TV shows. He’s a member of comedy trio Doug Anthony All Stars (DAAS). He teaches comedy at New York University and AFTRS.