In the coronavirus crisis there have been calls from all sides to 'save the arts', but we should also ask what sort of arts industry we want to save.
Guy Louden 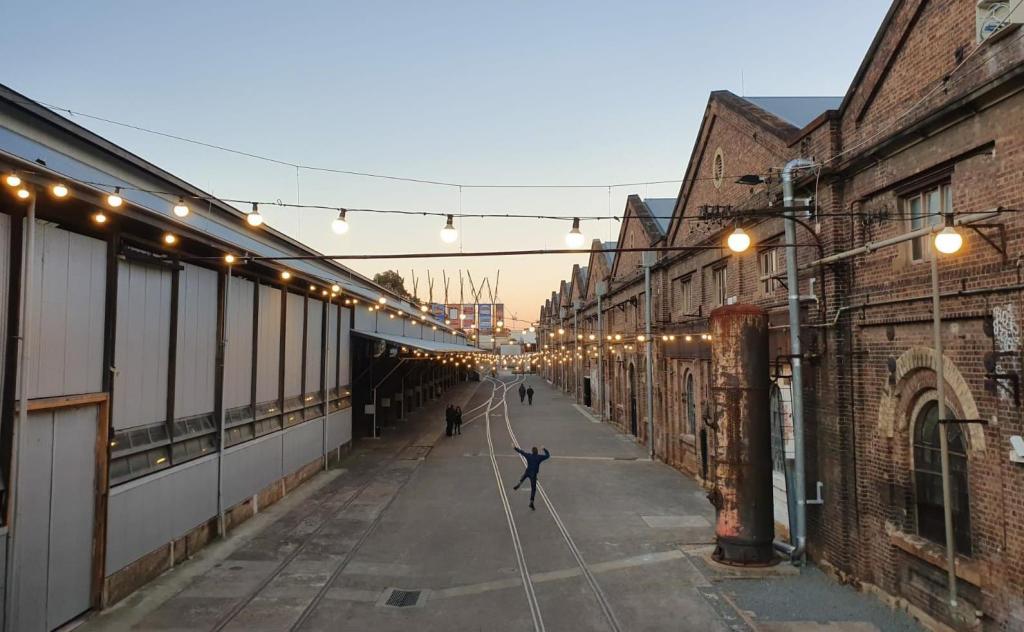 Carriageworks, a leading arts space in Sydney, entered voluntary administration on Tuesday 5 May. On the following Friday, a letter was sent to casual staff informing them that the appointed administrators would not be applying for JobKeeper. Among the affected workers are one of the most accomplished art technician crews in Australia, core to the spectacular large-scale installation projects that have made Carriageworks famous. Skilled and essential long-term casual workers are to be abandoned.

The situation goes to the heart of the employment problems in the contemporary arts industry, and the specific history of Carriageworks is instructive. Until recently, Carriageworks was the poster child of our neoliberal sector. It was presented as a lean, flexible, private cultural enterprise, set against the image of the monolithic and bureaucratic state-funded art museums of last century.

Where privatisation marked the downfall of the Eveleigh site’s original industrial businesses, it was an emblem of Carriageworks’ contemporary success. The majority of its income was through commercial venue hire, and on a given week clients could include a global tech company, multinational manufacturer, and a social event for Sydney’s super-rich.

These commercial activities were leveraged to enable hosting arts activities, including the Biennale of Sydney, Sydney Contemporary art fair, and the Sydney Writers Festival, as well as a handful of Carriageworks’ own spectacular arts projects. There was a sympathetic relationship between the commercial and cultural. Cultural activities enhanced its prestige for corporate clients, who in turn imparted an aura of business acumen attractive to the current cultural and political establishment.

Carriageworks was a success story. In a climate of steady year-on-year declines in government funding for the arts, it looked like a way forward. But in the COVID-19 crisis, they were left exposed as the demand dropped out of their market. The company may yet be saved by government intervention, but the losers will be the skilled workers such as art technicians employed continually on a casual basis and now out of work.

The position of art technicians is representative of the wider employment problems in the contemporary arts industry. Art technicians are the invisible workers responsible for installing visual arts exhibitions in galleries. They manage the critical practicalities of art exhibition – handling valuable artwork, moving heavy sculptures, setting gallery lighting, painting and repairing walls, art packing, and so on. Their work can be as simple as hanging a painting, or as complex as overseeing a massive site-specific artwork.

Read: Why we must put people before companies

They now find themselves at the frontline of the employment crisis, but art technicians have long occupied a strange and unstable grey area in the sector. Installation is specialised work because it usually involves collaborating with artists and curators directly, and many technicians are themselves practicing artists. It is skilled work, and art technicians will often develop their trade over years or decades. It is also sometimes hazardous work: it involves power tools, maintenance and construction, working at height, light electrical work, use of chemicals, and heavy lifting.

Though it is hazardous, skilled, and specialised work critical to gallery function, art technicians are usually employed as casuals. They are often amateurs – in any other industry these jobs would be carried out by certified tradespeople or construction labourers. In the arts however, an informal trade has developed in skilled casual work that is lower paid, less secure, and less regulated than would be tolerated in other industries.

At Carriageworks, and many arts institutions across the country, technicians will bear the brunt of the costs of the crisis. Alongside them are their front-of-house colleagues, also too often retained on a continual casual basis.

Carriageworks was once the home of the fight for better working conditions in Australia – its Eveleigh site was at the heart of the 1917 general strike. One hundred years later at the modern Carriageworks, technicians found subcontracted facilities workers (that is, cleaners) sleeping in the building between shifts and being paid less than minimum wage.

And now, in the heart of the current crisis, comes the abandonment of a workforce of skilled and long-term casuals, in spite of the JobKeeper policy, and precisely because of the failings of Carriageworks’ intensely commercial business model.

Everyone is calling to ‘save the arts’, but we must ask what sort of arts industry we want to save. We need to resist a return to a business-as-usual employment situation that leaves good workers exposed to so much risk.

Guy Louden is an Australian artist and curator living in Fremantle/ Wayalup and born in Toronto. He has managed and founded experimental galleries and curated major exhibitions. His artwork has been exhibited in Australian cities and online. Louden worked at Carriageworks from 2018-19. guylouden.com