Kate Larsen on what the funding cuts mean for Australia's writing and publishing industry and what we can do about it.
Kate Larsen
[This is archived content and may not display in the originally intended format.] 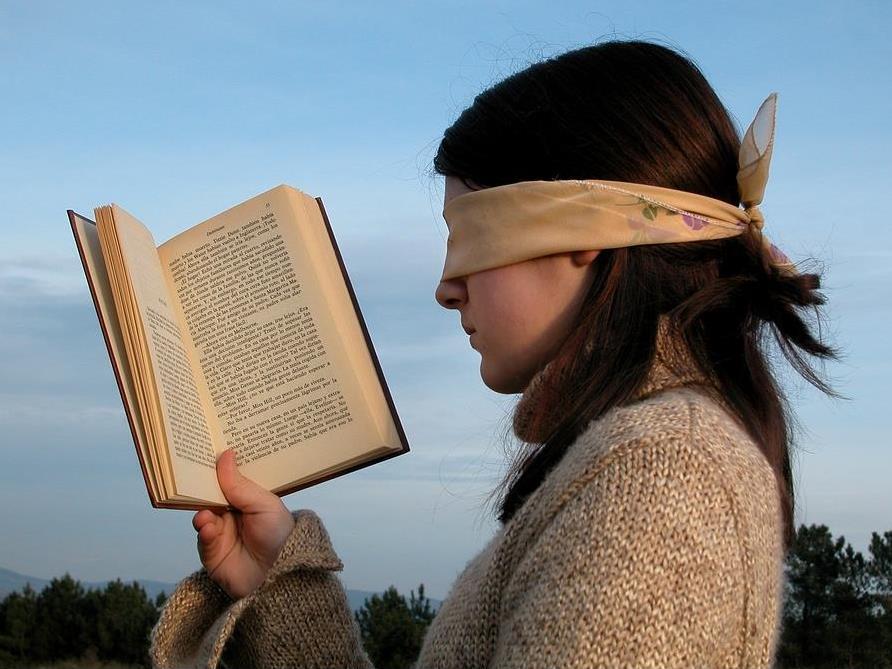 Australia’s arts sector is reeling from last week’s announcement that around 65 organisations have missed out on four-year funding from the Australia Council for the Arts.

The announcement is the first time that the impact of last year’s Federal Budget cuts has really begun to be felt, with the Australia Council forced to accommodate the dramatic cuts made by then Arts Minister George Brandis in the 2015 Budget.

Until what is already been referred to as ‘Black Friday’, the initial impact of those cuts had mostly been felt by individual writers and artists, who may now only apply for a smaller (and more competitive) pool of Australia Council funding while not being eligible to apply to the Catalyst program that replaced it.

While the 2016 Budget was not as dramatic, it ignored the recommendation of last year’s Senate Inquiry into Federal Arts Funding to return the money cut from the Australia Council in full. The impact of further efficiency dividends also continues to be felt, and the lack of indexation is equivalent to a loss of nearly $1.5 million to the sector in real terms.

Last week’s funding announcements will have a direct impact on the the viability of many arts organisations (including many within our own literary sector).

Of the 128 funded organisations, 15 are part of the literary sector (though not all are listed within the Australia Council’s ‘literature’ category). These organisations make up approximately 12% of successful applicants but less than 6% of total funding. In Victoria, this includes the Australian Book Review, Overland Journal and The Wheeler Centre.

Unfunded organisations include our friends and neighbours at Express Media, Australian Poetry and the Emerging Writers’ Festival. Also based in Victoria, Meanjin was the first of Australia’s literary journals to break the news. “If we can’t replace that money we’ll probably have to close it,” Editor Jonathan Green told Guardian Australia last week.

The list of unfunded organisations also includes colleague organisations who do great work for writers, such as AsiaLink and Melbourne’s Red Stitch Actors Theatre and the Next Wave Festival. This list will continue to grow over the next days and weeks as more organisations identify themselves and start to release statements about what the news may mean for them.

What this language fails to recognise, however, is that these funding decisions have had to be made regardless of organisational success or impact. Many of the unfunded organisations have successfully provided significant returns over a long partnership history with very little investment, and they had very real expectations of ongoing support. As writer and critic Alison Croggon wrote in The Monthly, the list includes many organisations “thought to be essential to our cultural ecology and unassailable in their artistic output and fiscal stability.”

“The argument is regularly heard that the arts should pay for themselves,” said theatre-maker and Artistic Director of Brisbane Festival David Berthold. “This misunderstands the reality of subsidy, because the fact is that there are very few areas of our society that are not subsidised (…) Actually, culture is one of this nation’s least subsidised industries.”

The Australia Council’s choice to break its own embargo was also unfortunate, removing the opportunity for unfunded organisations to prepare themselves to share the news with their constituencies.

Some surprise has been expressed that the list of funded organisations provides additional support for some companies that have already been funded through the Catalyst program (some more than once for different projects, and others who have been supported above the stated upper limit for Catalyst grants). But those who missed out cannot simply apply to Catalyst to make up the shortfall, as the new program does not provide operational funding. As Deborah Stone reported for Artshub, the timing of the announcement was additionally galling “as it comes in a week when the Federal Government took its Catalyst expenditure to almost twice as much as budgeted.”

Reductions in program and staff are likely, as are organisational closures – though it’s still too early to tell what and when.

“The sector is bruised and many organisations are devastated,” Madeleine Dore wrote for Artshub. “Companies that have been around for decades and shaped the cultural fabric of the Australian arts sector may no longer retain their assumed permanence. Projects will be paired back, organisations downsized, and diversity of work will suffer.”

“For some of our most important and valued organisations this will have a very real and lasting impact on their ability to support and produce Australian literature,” wrote Co-CEOs of the Emerging Writers Festival, Kate Callingham and Michaela McGuire.

“It is of course disappointing that Emerging Writers’ Festival missed this opportunity for long term operational funding,” Callingham and McGuire said in their statement. “We are particularly disappointed that organisations and publications that primarily support young and emerging writers have not been funded. That these writers will not have as many opportunities to develop and hone their craft is a loss for them as individuals, as well as for the audiences who would have had the chance to read their work.”

“The decision not to fund essential organisations such as Express Media, which develops and supports artists at the start of their careers, will have a crucial impact in the arts sector and across the broader community,” General Manager and CEO Pippa Bainbridge wrote in a statement from the organisation. “Express Media is an engine room for young people to refine their craft before they populate our festivals, publishing houses and news outlets. While this loss of funding is a significant blow to the organisation, as our staff struggles to find alternative sources of income, the real damage is that there will be far fewer development opportunities for our next generation of young writers. While a comparatively small funding cut, it will have a devastating ripple effect on the Australian cultural landscape.”

The broader community has also been quick to respond…

“The creative industries in Australia, which makes a $50bn economic impact annually against investment of $7bn, which attracts more people than sport and employs more people than mining, have lived with the unbearable expectation of this week’s announcements for months, but nothing could have prepared us for the unbelievable ferocity of the cuts,” said Jonathan Holloway, Artistic Director of Melbourne Festival.

“Victoria’s prolific writers’ organisations and small publishers are renowned the world over,” wrote writer, advocate and CEO of Regional Arts Victoria Esther Anatolitis. Responding to the ‘complex ironies’ of the Australia Council funding decisions, she highlighted our independent literary scene, Melbourne’s status as a UNESCO city of literature and subsequent creation of The Wheeler Centre for Books Writing and Ideas as examples of the sector’s profile and success.

“Today, none of the organisations housed in the Wheeler Centre have been successful in their applications for multi-year funding to the Australia Council. And yet while iconic organisations like Express Media and Meanjin have not been supported, the Wheeler Centre has been funded. Its dedicated staff will now be working even harder to ensure that new voices can be heard,” Anatolitis said.

“The defunding of Express Media and Voiceworks will destroy a good part of our country’s literary future,” added Anwyn Crawford in The Monthly.

It’s not all bad news, of course. Particularly welcome is the increased focus on Indigenous arts and culture, with 17 First Nations-led organisations being funded (including publishers IAD Press and Magabala Books). Literary organisations funded in other areas of the country include the Australian Script Centre, Brisbane Writers Festival, Eleanor Dark Foundation (for Varuna), Griffith Review, NT Writers Centre, PlayWriting Australia, Sydney Writers Festival, The Red Room Company, University of Queensland Press, the Writing and Society Research Centre at the University of Western Sydney and a number of visual arts journals that employ writers.

But those in receipt of funding are struggling to celebrate the bitter-sweet news during such a difficult time for the sector. As Friday’s editorial in the Daily Review noted, “it’s easy to see today’s funding decision as a contest between ‘winners’ and ‘losers’. But all arts companies, all artists and all audiences are the losers today as each is dependent on the other to create a creative nation — and economy.”

Those of us in the literary sector, of course, are having to deal with this news alongside the Productivity Commission’s recent draft report that recommends changes to Australia’s copyright, ‘fair use’ and parallel importation restrictions. (link is external) Right now, it’s impossible to know what Australia’s literary landscape may look like in six- or twelve-months’ time.

The Writers Victoria team sends out strength and solidarity to those colleagues, partners, members and friends affected by the funding announcements.

Many of our members have been asking us what they can do to help. So while we all wait for the dust to settle, here are a few easy ways to take action…

Prior to the funding announcements, Theatre Network Victoria released a letter to the sector with some good advice on how we can support one another during this difficult time.

This week, Artshub followed up with 50 ways for organisations to survive lost funding and support each other.

Put your money where your mouth is

Our friends at the Melbourne City of Literature Office were quick to tweet out their model of support on Friday: “Visited a bookshop and bought some books today. Good books. Australian books.”

“Everyone can make a difference”, Dore reminded us in Artshub, “subscribe to literary journals, see local productions, buy books by local authors, join local arts organisations, commit to the arts every week. Go and see some art.”

“Let’s get serious,” Berthold writes. “Let’s not talk simply of restoring funds recently taken from the Australia Council. In Federal Budget terms that’s loose change. Let’s talk about doubling them. The Australia Council is one of the most efficient government bodies around. Why not let it do its work?”

ArtsPeak and the Confederation of Australian State Theatre Companies (CAST) have already responded to the funding news with statements calling on the Federal government to formally review its budget cuts to the Australia Council. You too can write to your local federal MP to register your concerns.

Join in the #AusVotesArts campaign that’s starting to pick up in the lead up to this year’s election.

Stone reported for Artshub that “Labor Shadow Minister for the Arts Mark Dreyfus has said a Labor Government will return the lost funds to the Australia Council.” So make your vote count for the arts on the 3rd of July.