Anyone can do art – so why fund the Arts?

How can art maintain its value as it becomes increasingly commodified? Frances An explores why public funding is still essential.
Frances An 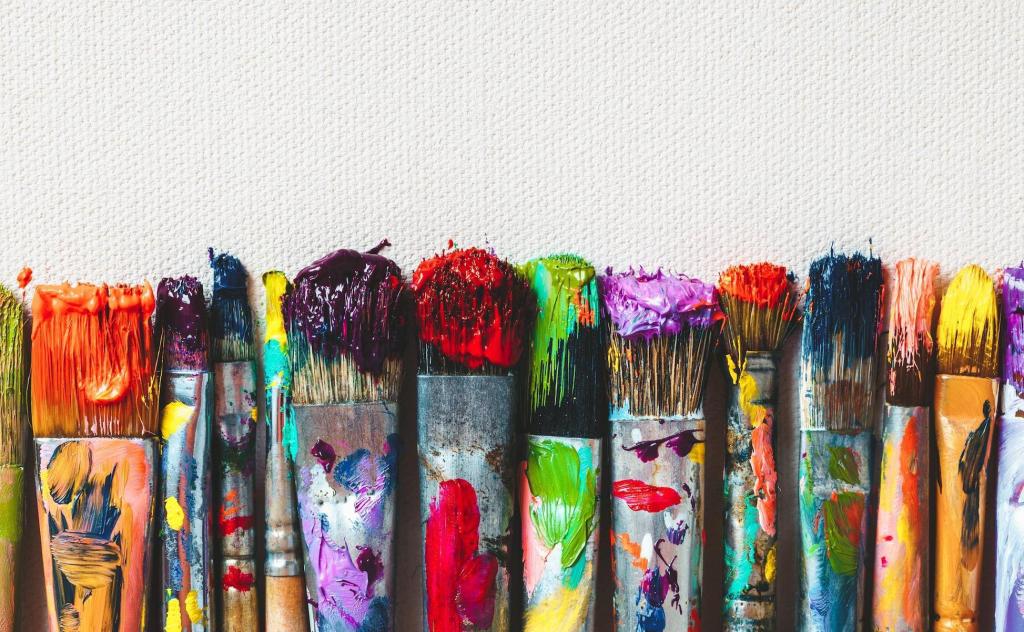 Is funding in the arts missing the complexity? Image Shutterstock.

‘Critical thinking’, ‘self-reflection’ – these buzzwords infect Seek.com job adverts and all levels of academic syllabi. However, critical thinking’s mother, Philosophy (specifically the concept of Socratic dialogue), is often listed among top five degrees that will leave you unemployed at its conclusion. Organisations in the Arts and Literature, disciplines that provide mirrors the social and psychological world, have received countless economic cuts. Now, government responses to COVID-19 threaten the arts sector’s annihilation (see the following articles on Carriagework’s voluntary administration and unemployment rates in the creative sector). Creative practitioners are right to ask: why, especially during a time when people are turning to arts and literature for solace, is the government cutting funding to the arts sector and placing practitioners out of work?

While many note the connection between the arts sector’s economic issues and its unusual market structure (e.g. unsteady cash flow, high casual workforce proportion), there is another unique factor in the arts industry compared to other academic and industry types: its sheer accessibility. From fanfiction to Penguin Classics, Netflix to arthouse cinema, a kiddie silicone placemat from Target to Michelangelo’s David – the arts sector touches every aspect of life. Czeslaw Milosz’s book The Captive Mind explores how one of the most destructive political regimes, Stalin’s Communism, harnessed the arts and literatures’ potential to penetrate the social unconscious and locked creative practitioners into using their craft to worship Stalin’s ideals.

Thankfully, contemporary arts organisations (such as Story Factory and Centre for Stories) try to adopt more benevolent schemes, focusing on culturally diverse storytelling and the value of individual narratives. The general message of such initiatives is ‘if you can pick up a pen/ pencil/ stylus you can draw/ write/ [other artistic activity]’. Artsy hubs flash their Uncle Sam-style I WANT YOU calls to budding artists decked out in Dangerfield gear as they strut Sydney’s Inner West. This callout-to-all attitude has undeniable benefits, removing the funnel of academic and class-based hierarchies to discover creativity and analytical flare in typically disadvantaged and underrepresented arenas. Notable examples include: Story Factory’s uncovering of 19-year-old Vivian Pham’s debut novel The Coconut Children which explores a Vietnamese-Australian experience in Cabramatta; Giramondo’s publication of Yumna Kassab’s short story collection The House Of Youssef, which portrays the lives of Lebanese immigrants and families in Western Sydney, and was then shortlisted and longlisted for prestigious Australian literary prizes such as the Stella Prize and Victorian Premier’s Literary Award. With little to no previous literary publication history, Pham’s and Kassab’s success stories are attributable both to their persistence as creative practitioners and a (relatively) egalitarian arts sphere that opens itself to new talent in a way that no other discipline can.

Art’s vogue status is at once a blessing and a curse. The arts’ covert and widespread nature may have created the following implicit attitude that underlies the government’s refusal to take the arts sector’s industry status seriously: if anyone can do art, anyone can write, anyone can create – why fund the arts at all? Why dedicate a department to it when we could save money and merge it with the Department of Infrastructure, Transport, Regional Development and Communications? Why spend concrete resources on something that can spontaneously appear when there are ‘real problems’ (e.g. war, pandemic) occurring?

This magical thinking about arts’ capacity to arise out of divine inspiration is misguided. As Robert Wood from the Centre for Stories states: ‘it is fiction to think that art flowers without support. That it is only a calling that does not require resources.’ Yes, anyone can pick up a pen/ pencil/ stylus and draw/ write – this is true in a concrete sense. However, this action is only the beginning of artistry. Being a practitioner in the arts or literary world involves analysing core political and theoretical texts in his/her field, spaces for mentorship and workshop opportunities. It is the same way that becoming a microbiologist involves reading textbooks and manuals on equipment usage and cell structure and finding laboratory space to conduct experiments in. Yes, an enquiring scientific mind may begin with toddlers picking up backyard beetles and Year 8s putting everything they can think of under microscopes during class. Again though, we can all agree that these are only the beginnings of becoming a researcher in the biological sciences. Just as research in the natural sciences can only go so far from a home laboratory kit, sufficient economic resources are necessary for creating spaces that train artists and maintain their space.

This piece is more than the grumblings of an Ivory Tower writer complaining that ‘everyone, their mums and their dogs think they can do my job.’ This is also not the (rightful) outrage of a writer who has lost her gigs. Being a Psychology PhD student, my Literature/ Psychology dual-discipline-ship means I can comfortably flee to ‘Cognitive Science’ country when the arts experiences financial persecution. Of course, within Psychology there is the (fictitious) divide between Theoretical Psychology and Applied Neuroscience – we can talk about that schism another day though.

Despite the relatively indirect impact of the arts sector’s financial loss on my personal life, I am concerned that devaluation of the arts will sabotage our capacity for critical thinking and self-reflection on political and moral issues. As Professor Ivor Indyk from the Writing And Society Research Centre states, art’s (and in particular, literature’s) capacity to model social and political realities and future possibilities is key to democracy, a political concept centring debate and exchanges of opinions and ideas. Literature allows us to explore social and individual levels of consciousness and how these respond to large-scale changes in the world.

It is strange to consider the arts sector’s diminishment with the Prime Minister’s insistence on children’s school attendance amidst COVID-19 fears, with his justification being his fear that children will miss out on education – what is education without the conceptual analysis skills that flourish in creative spheres? Without support, the arts and cultural sector will disappear and so will the critical thinking and self-reflection capacities that thrive on it. Of course, this might be the government’s aim: if so, KEEP CALM AND CUT ON.

Frances An is a fiction and non-fiction writer currently living in Perth. She received a CreateNSW 2018 Early Career Writers Grant and has been published in literary platforms such as Sydney Review of Books, Panoplyzine, Seizure, among others.