The sector mourns the passing of a man whose impact on Australian culture was profound and enduring.
Richard Watts 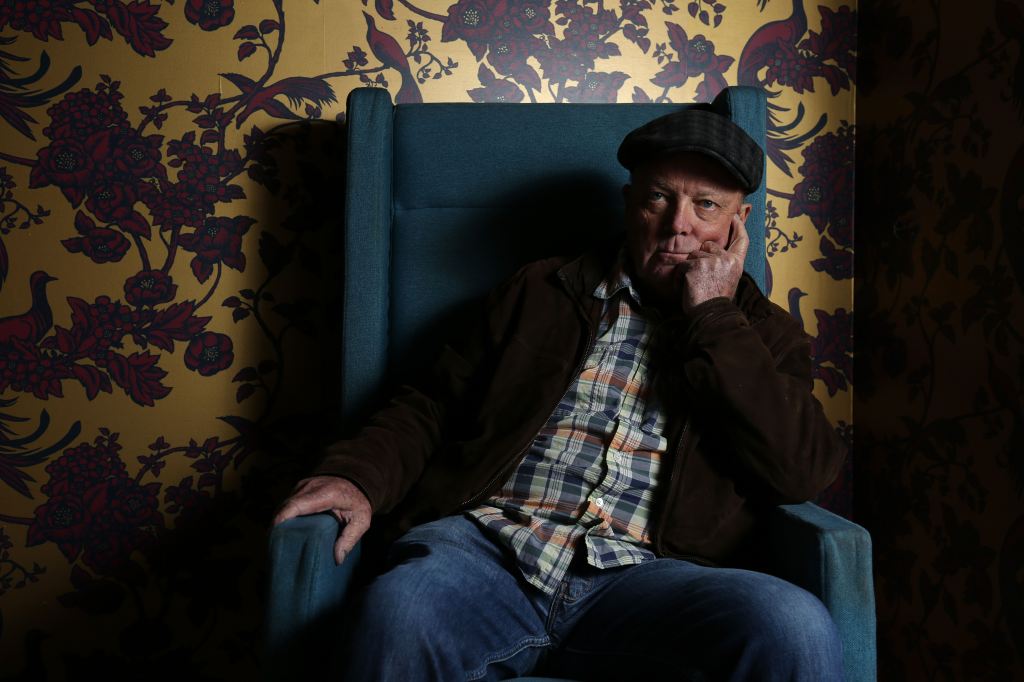 A 2017 photograph of Andrew Ross as he was working on Black Swan’s production of Endgame. Photo courtesy Black Swan. Credit: Philip Gostelow/The Australian.

Aboriginal and Torres Strait Islander people should be aware that this article contains images and names of deceased persons.

A champion of Australian theatre – especially First Nations theatre – Western Australian director and artistic director Andrew Ross AM died on Saturday 19 March after battling cancer for many years. He was 74.

Remembered as an inspiring leader with great integrity, Ross is described as generous, supportive and curious by those who knew him well; a kind mentor and passionate collaborator who was always willing to take risks on young and emerging artists.

Andrew Ross was born in Melbourne on 15 October 1947. After becoming involved in the Melbourne student and alternative theatre scene in the 1970s he relocated to Perth, where one of his early achievements was the establishment between 1977-79 of a schools touring theatre company. That company later became Acting Out and ultimately evolved into Barking Gecko Theatre Company, which celebrated its 30th anniversary in 2019.

Former colleague Duncan Ord, the lighting designer and producer of ground-breaking Aboriginal musical Bran Nue Dae (which Ross directed for Perth Festival in 1990) told ArtsHub: ‘Andrew Ross should be acclaimed as one of the greatest Australian directors of the 20th century. His work in form broke boundaries and in content was decades ahead of the national narrative.

‘Andrew had a unique understanding of Indian Ocean cultures including those of our own First People and formed artistic relationships that will endure through the remarkable talent he nurtured and mentored in this country and internationally. Never one to seek the limelight he will instead be missed through the intellectual void he leaves in the theatre sector. I will miss his dry humour, his passion and his courage and the productions that were forming in his mind right to the end,’ Ord said.

Over his five decade career, Ross had a tremendous impact on the Australian arts sector, including co-founding Black Swan State Theatre Company and working as its inaugural Artistic Director from 1991 – 2003.

During Ross’ time at Black Swan, the company engaged in a wide range of activities, including the presentation of mainstage and youth theatre productions; participating in co-productions with other theatre companies, including the landmark production of Cloudstreet in 1998 (a co-production with Belvoir that premiered at the Sydney and Perth Festivals); embarking on regional, national and international tours; and coordinating an Aboriginal Music Training Program.

Rick Heath, Executive Director, Black Swan State Theatre Company, said: ‘As the founding Artistic Director, it was Andrew’s vision 30 years ago, about creating a pathway and a platform for Aboriginal artists, Aboriginal creatives and Aboriginal stories, that enables Black Swan to do what we do today. His doggedness in pursuit of that cause is possibly one of his qualities I most admire.

‘He knew exceptional talent when he saw it and created opportunities for Indigenous and non-Indigenous people alike. Indeed, often it was the way in which the stage was shared that created such strength.

‘It is vitally important that this role, that is in Black Swan’s DNA, is carried into the future in the same way it is continued today. It’s something that Andrew has committed us all to doing and doing well,’ Heath continued.

‘From the very first work that Andrew put on stage over 30 year ago, he created a space for those stories we tell today (York, City of Gold). That is his legacy; a gift, embedded in our identity and our role as the state theatre company, for the actors, the crew and the creatives to tell stories safely and to have a lot of people listen to them. It’s something on behalf of the company, I feel very grateful for,’ he said.

Ross returned to Black Swan later in life, directing a production of Beckett’s Endgame in 2017 and becoming a member of the company’s artistic reference group. That same year he was appointed as Black Swan’s Emeritus Artist.

Ross also taught and directed productions at the Victorian College for the Arts and the Western Australian Academy of Performing Arts, where he was an Associate Professor. He was made a Member of the Order of Australia in 2019 for his contribution to the performing arts.

‘Andrew brought the world to Brisbane and broadened our perspective of what the arts could be: a reflection of humanity and celebration of shared experiences that transcend borders,’ Gould said.

Ross went on to work as the Artistic Director of Darwin Festival from 2014 – 2016 before retiring due to ill health, at which time he returned to Perth.

Speaking on behalf of the Darwin Festival team, Artistic Director Felix Preval told ArtsHub: ‘We were deeply saddened to learn of the passing of respected theatre director and former Darwin Festival Artistic Director Andrew Ross. In his time at Darwin Festival, Andrew made a real impact on the Festival and on the local sector. A champion for the theatre and the arts, especially for independent and First Nations artists, Andrew was happiest in the theatre bar or foyer giving feedback on a project or dreaming up the next one.

‘His strong ties to Southeast Asia, particularly Indonesia and the Philippines, brought rich new connections to the region for the Festival. His open hearted nature meant he had time for just about everyone, and he loved to share a story and a drink and frequently opened his home to artists and people in need. He was quick to forge connections for others, often calling me to tell me about a show he’d seen in Perth or an artist whose work I should be following. He was much missed on his return to Perth, as indeed he is now,’ Preval said.

Ross was passionate about the performing arts of South Asia and Southeast Asia, which led to him working within the Indonesian Ministry of Tourism and Creative Economy to produce the 2013 Indonesian Performing Arts Market (IPAM). He was also a fierce advocate for strengthening cultural connections between Australia and its neighbours in the Asia-Pacific and the nations of the Indian Ocean Rim.

Speaking with ArtsHub in 2016 Ross expressed his frustration with the programming at many Australian festivals, saying they were too focused on works from Europe and other Anglophone nations.

‘Australian festival programs often look much more about what’s been happening in Avignon or Edinburgh or even Southbank than about our own conversation with the world,’ he said at the time.

As a theatre-maker, Ross was committed to supporting and promoting Indigenous theatre, directing works such as Jack Davis’s The Dreamers for the 1982 Festival of Perth, and the afore-mentioned Bran Nue Dae by Jimmy Chi and Kuckles for the 1990 Perth Festival (later remounted by Black Swan).

He came full circle with the presentation with Opera Australia’s 30th anniversary production of Bran Nue Dae at the 2020 Perth Festival, working with a new generation of Broome collaborators, including co-director Naomi Pigram.

Speaking on behalf of the Yirra Yaakin Board, staff and alumni, Artistic Director Eva Grace Mullaley told ArtsHub: ‘Yirra Yaakin is deeply saddened by the loss of Andrew Ross. The instigator of many a platform, production and company in WA, he was the greatest of allies and champions for Aboriginal theatre and theatre makers and we recognise that we wouldn’t be where we are without his tireless advocacy for Western Australian Blackfulla storytelling.

‘A true leader, a genius and well ahead of his time, we will miss his passion for theatre, community and First Nations stories. We thank him for being a giant within the industry, a voice for all of us (when we needed it the most) and a true ally for all emerging artists across WA and beyond. We will never forget that he chose to walk with us right up until he couldn’t walk anymore and we will always continue to walk with great strides because of him. May you rest easy and we will see you again in the dreaming,’ she said.

Andrew Ross is survived by his daughters Effie and Jessie, and two grandchildren. Funeral details have yet to be announced.