The best podcasts that helped us escape 2020

In a year where many of us were housebound, listening to podcasts became an escape – moreso than ever before.
Sabine Brix 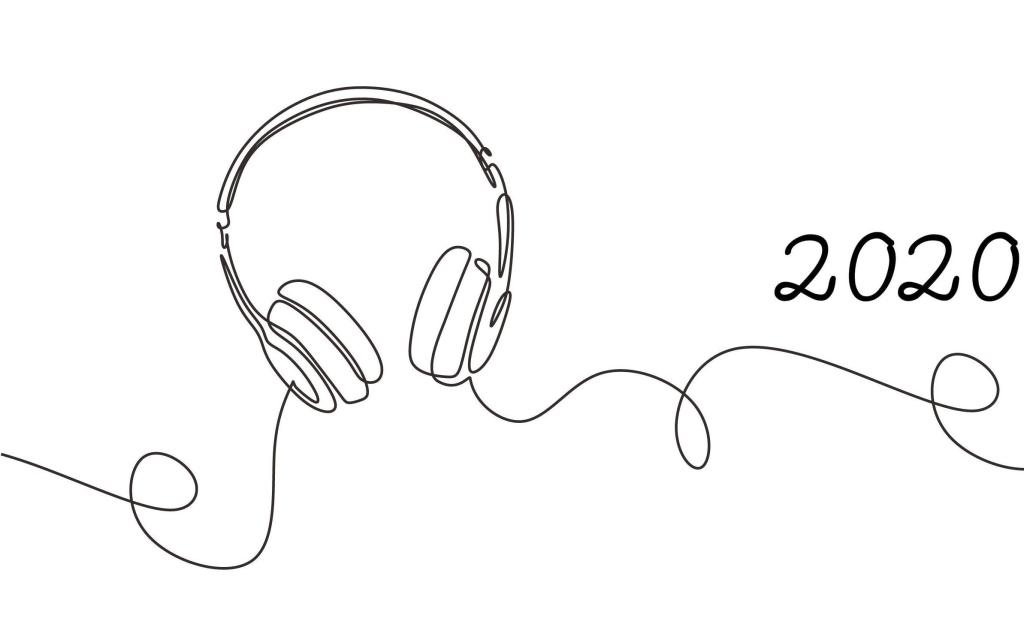 From podcasts that explore the art of speechwriting and poetry to what life is like for women in a men’s prison – this year’s best podcasts include those listened to by both the ArtsHub and ScreenHub team, which provided entertainment and solace during a year when we needed it most.

Vignettes is a new audio series from the Emerging Writers Festival. The first season Summer asks writers to respond to themes of nature, sharing their work as they would if they were able to attend a live reading. This five-part series features writers including Philip Marri Winzer, Victoria Alondra, Christy Tan, Ruby Hillsmith and has gorgeous sound design too.

For lovers of poetry, Between the Leaves won’t disappoint. Presented by the Victorian Women’s Trust and hosted by poets Ellen van Neerven and Hermina Burns, the episodes feature poems written by women and gender diverse people which respond to themes including love, race and feminism. Featured poets include greats such as Maya Angelou with the hosts also reading their own poems.

In a podcast dedicated to speech, host Tony Wilson talks with a different guest each fortnight to uncover the story of how a particular historical speech was written and delivered, as well as offering a few tips on how to become a better speaker. Guests include Don Watson, the speechwriter of Paul Keating’s Eulogy to the Unknown Soldier, as well as former New York Times columnist and Pulitzer Prizewinner Anna Quindlen, one of the most sought-after commencement speakers in the US.

An interesting look at the women in Sector 4 of Darwin Correctional Facility, Birds Eye View is an award-winning podcast that offers a behind-the scenes-look at life for women in a men’s prison. We’re introduced to a range of colourful characters across this 10-part series who offer beauty hacks, horoscopes, celebrity interviews, love letters, poetry and stories about life on the inside.

Goodbye to All This

In this very personal podcast, acclaimed storyteller and ABC audio producer Sophie Townsend captures grief and the emotion leading up to and after the passing of her husband Russell. Left to raise her two daughters alone, Goodbye to All This is a 12-episode podcast series that looks at love and grief and how to cope with the aftermath of loss.

History buffs will enjoy this series exploring objects stolen by the British Empire housed in institutions across the UK and the world. Hosted by Marc Fennell, stories including how a toy tiger became the struggle between India and its former British colonisers, and how Pekingese dogs may hold the key to understanding the vexed relationship China has with the West.

With a range of features, reviews and in-depth conversations with leading film and TV directors, actors and screenwriters from Australia and around the world, The Screen Show is one for cinephiles. This year’s guests include local film scholars such as Deb Verhoeven, indie filmmaker Miranda July and Bong Joon-ho. Airs Thursday 10am. Repeated: Friday 9pm, Saturday 8pm.

With a focus on the Australian film sector, Screen Australia’s fortnightly screen news is hosted by in-house journalist Caris Bizzaca. Recent episodes include ‘Advice before you apply’, the impact of COVID-19 on the Australian Screen Industry, and a career interview with director Lucy Gaffy (Doctor Doctor, The Unlisted).

An audio extension of Madeleine Dore’s blog Extraordinary Routines, Ruts and Routines examines how we approach our lives – the days we find flow – and those that lead us in the opposite direction. In a year which left many people re-examining their lives this series is a comforting reminder of how important it is to pause and think about the way we approach our practice looking at resilience, rejection, motivation, success and setbacks.

Nothing much happens; bedtime stories to help you sleep

‘Welcome to Bedtime Stories, where nothing much happens except you feel good, and fall asleep.’ While the premise of this podcast is simple, it’s extremely effective. Host and writer Kathryn Nicolai exposes small sweet moments of joy in the stories she has written, delivered in a soothing voice, which utilises her experience as a meditation teacher. A podcast that will bring relief to many who have suffered insomnia throughout the year.

This year we started The ArtsHubbub, a podcast looking at the Australian arts sector and available online via Soundcloud and Apple Podcasts.