The latest reduction to the JobKeeper payment is already causing stress, with the scheme due to end completely on 28 March unless the Federal Government acts to extend the subsidy.
Richard Watts 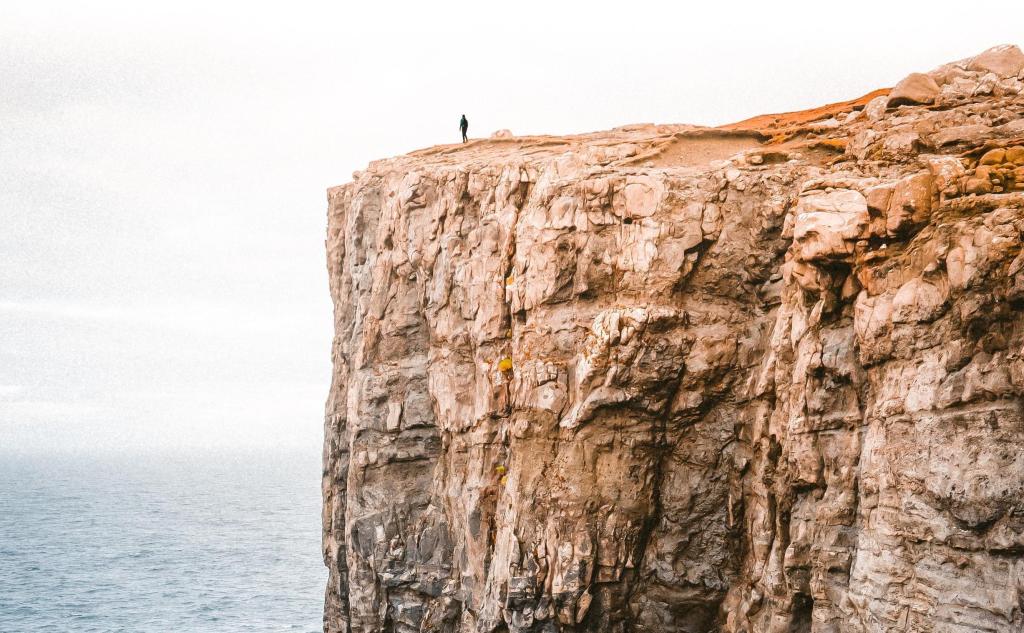 The sector risks falling off a cliff if JobKeeper is not extended beyond March. Photo by trail on Unsplash.

JobKeeper, the Federal Government subsidy paid to employers in order to help them retain employees during the COVID-19 pandemic, has been of significant benefit to the arts sector since it was announced on 30 March last year.

However, the latest reduction to JobKeeper payments has caused significant stress for arts workers across the nation.

Katerina Kokkinos-Kennedy, the Artistic Director of Triage Live Art Collective, described the JobKeeper payments provided to her company to date as ‘completely vital’ but said the latest reduction was a source of considerable stress.

‘I’m very used to living under straitened circumstances – as an artist, that’s what my life has always been, really; doing a lot with a little. But now I feel that I really cannot overspend on anything … because we’re just trying to make whatever we’ve been able to put aside last as long as possible, because we don’t know when things will get really rough,’ she said.

Small businesses supporting live music and performance, such as The Old 505 Theatre in Newtown, NSW, have also been impacted by the reduction in subsidy.

‘The JobKeeper January reduction has had quite a significant impact on our staff,’ said Kerri Glasscock, The Old 505 Theatre’s Founding Director.

‘As we are trying to only operate within JobKeeper hours where possible, the reduced income has hit the staff quite hard but as an independent venue we simply cannot increase their hours currently. We have persisted in being open to ensure that our staff have hours, our artists have the ability to earn income and we maintain audience engagement, but we would be better off just closing the doors,’ she said.

Kokkinos-Kennedy also expressed concern about the latest reduction to JobSeeker payments, reduced from $250 a fortnight to $150 a fortnight as of 1 January.

‘The old Centrelink payment was almost doubled during the pandemic, which was a really good gesture of goodwill and support. But now that we seem to have allegedly come out of the worst of the economic impacts and the lockdown, there’s this feeling that JobSeeker is going to be rolled back and we’re going to return to the punishment routine, where people are penalised for being out of work and JobSeeker becomes barely enough to survive on,’ she said.

Based on her own experiences when looking for work, the job market remains in a perilous state, Kokkinos-Kennedy explained.

‘I’ve applied for a lot of jobs and only had two interviews. And in fact, one job, which was a really niche position as an AI researcher at Melbourne Uni, had more than 280 applicants for the one position … So many people are applying for positions, from the most menial jobs to the most plush jobs, and it’s really worrying,’ she told ArtsHub.

FALLING OFF THE CLIFF

‘I have some work lined up, maybe eight weeks or nine weeks of project development that’s paid for during this coming year. But of course, I can’t survive on that,’ said Kokkinos-Kennedy.

‘I’ve got a family and rent to pay and financial commitments. My partner is also employed but also in a similar situation where the JobKeeper reduction has continued and hours have been cut,’ she said.

Ending the JobKeeper subsidy entirely would be devastating for The Old 505 Theatre, according to Glasscock.

‘We have been open reduced days since July 2020, only because we are fortunate to have rental subsidy and be receiving JobKeeper. As soon as one of those support mechanisms is removed or reduced it will simply not be viable to operate anymore,’ said said.

‘Theatres and venues have incurred immense levels of debt; we are now in a position that even if we miraculously went back to 100% capacity permanently it will take years to pay down the debt levels we now have as a result of last year, as theatres are businesses that operate on tiny profit margins. The looming date of 28 March when JobKeeper ends is possibly the final nail for many venues here in Sydney and the jobs that they support,’ Glasscock said.

‘March feels like this very severe cliff face. I mean, I find it hard to imagine that the government is actually going to allow this to happen,’ she said.

‘I think that people need to be supported and helped, because the job market’s not a normal job market, it’s a really, really pressured job market at the moment. Everybody’s looking for a job at the same time, so I think there should be some compassion shown towards people who’ve done it really hard and been really quite amazing under the pandemic pressure that we’ve all been under, especially here in Melbourne.’

Major arts organisations have also expressed concern about the impact axing the JobKeeper subsidy will have on the sector.

Virginia Lovett, Executive Director and Co-CEO of the Melbourne Theatre Company (MTC) said: ‘JobKeeper has played a vital role in sustaining MTC and supporting our staff to date, and while theatres are finally reopening and we are beginning to return to a more familiar daily operation, the recovery is going to be long and will require ongoing investment from government far beyond March 2021.

‘Public health restrictions such as capacity limits, while critical for health and safety, have a very real impact on arts companies’ ability to recoup the losses of 2020. The impact affects key revenue centres such as box office, corporate sponsorship, food and beverage sales and venue hires.

‘So for industries like ours that were amongst the hardest hit, there is absolutely a need for further investment in our recovery, and recognition of the economic benefit a thriving arts industry has on a city and allied industries,’ Lovett said.

‘The recovery is going to be long and will require ongoing investment from government far beyond March 2021.’

The music rights organisation APRA AMCOS, which represents over 103,000 songwriters, composers and music publishers, has called for the Australian Government to extend JobKeeper beyond March.

‘The constant wave of lockdowns and state border closures means that any local live music events and national touring is impossible to plan. Hospitality and tourism dollars generated from our sector remain stifled. We are an industry in crisis,’ said Dean Ormston, CEO APRA AMCOS.

Noting that the live music sector cannot restart while state borders remain closed and audience number are limited, Ormston predicted that the arts and entertainment sectors will be the last sectors able to restart anything akin to business as usual.

‘JobKeeper must be continued beyond March for those who work directly in the live music and event industry,’ he said.

‘This doesn’t just make cultural sense, it makes economic sense. The arts and entertainment sector contributes around $15 billion per year in GDP and employing close to 200,000 highly-skilled Australians. Australia Institute research has found that for every million dollars in turnover, arts and entertainment produce nine jobs while the construction industry only produces around one job.

‘We can’t afford to lose the skills and businesses of our sector. The result for Australia would be catastrophic,’ Ormston concluded.

‘JobKeeper must be continued beyond March.’

Other peak bodies across the nation added their voices to the call to extend JobKeeper payments for the foreseeable future.

Theatre Network Australia (TNA) Executive Director, Nicole Beyer, told ArtsHub: ‘TNA supports the call for a continuation of a targeted wage subsidy for theatre, circus and dance along with the music industry, whether it’s JobKeeper or a new initiative.

‘The recent outbreaks and subsequent restrictions to live events and performances show that we are nowhere near a COVID-normal situation. Most companies have still not returned to full-scale operation and cannot yet budget for full audience capacity. To have a percentage of wage subsidy will give confidence to be able to re-open amidst the continuing uncertainty.

‘We also emphasise the importance of JobKeeper for sole-traders – many performers, writers, directors, and crew operate in this way and many of them are still out of work, or are only getting a small amount of work. If JobKeeper ends in March we will see a number of sole-traders going under, which will have a knock-on effect for organisations and festivals across the country,’ Beyer said.

TNA has extended its crisis cash campaign until the end of March. Performing arts workers experiencing hard times due to COVID-19 are encouraged to apply for a one-off $1000 bursary. 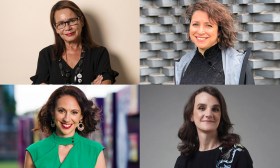