Racism in the arts – reform or revolution?

From calling out to creating safe spaces, a panel of creatives speak about institutionalised racism in the arts, and the change needed for a more equitable sector.
Gina Fairley 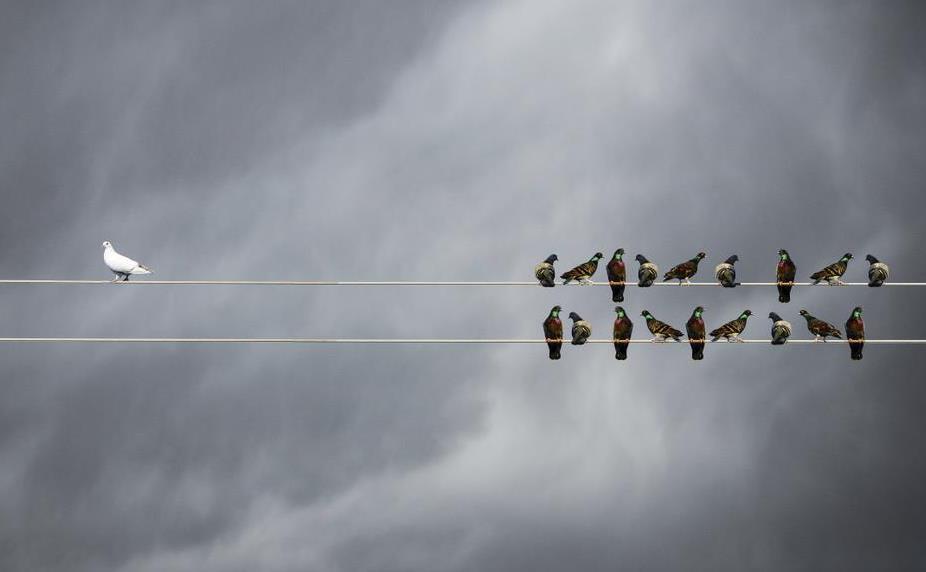 SAMAG webinar Racism in the Arts. Image via shutterstock.

On addressing racism in the arts, is it reform or revolution that is needed? It was the question that SAMAG presented this week in a well-attended webinar session.

Lead by Executive Director of Diversity Arts Australia, Lean Nahlous, this conversation charted the role and responsibility of racial justice and equity in the creative sector.

It is a perpetual conversation – unfortunately – but one that feels particularly prescient in 2020. The current global pandemic has been a curious catalyst to creating new urgency around these issues, from the wave of anti-Asian sentiments in the wake of COVID, to the Black Lives Matter movement and its implication on Australian soil, with Cook’s 250th anniversary another flashpoint around racial equity.

Nahlous asks: ‘Should we take the path of reform or instead dismantle and revolt against the structures that persist in excluding, silencing and harming?’

Wiradjuri woman and Executive Producer of BlakDance, Merindah Donnelly said it goes back to what her elders describe as “the original sin”:  the removal of human remains – ancestral remains – and cultural objects in the name of art into galleries and museums.

These objects are important to practicing culture, and First Nations people continue to live with the implications of colonial museum structures, which many Australian institutions still uphold. Donnelly continued: ‘Cultural artefacts from my nation are held in the storage vaults of museums on the other side of the world…  this removal of our culture and ancestral remains, puts it into perspective – it is racism in the arts.’

It was a view of power structures echoed by Independent curator, Tian Zhang, whose work means that she intersects with different institutions and organisations. She believes that we need both reform and revolution for change.

Zhang believes the colonial legacy of museums is passed down, and ‘as much as we want to fight it, there will be people fighting for those structures – the old ways – to be upheld.’

‘Reform needs to happen at all levels. It is not just hiring a bunch of non-white, non-Euro staff. It is interrogating your board, the way you run the marketing, the hierarchy itself, and a lot of people are not invested in that level of reform,’ Zhang continued.

Film director, producer, performer and storyteller, Rosie Lourde, champions diversity in the screen sector, and similarly pushes back against the colonial model of competition and set structures.

‘The whole of Australia, as we know it, has been established on a colonial structure, and arts holds on to that legacy.’

She continued: ‘The film sector also replicates it, largely because of a scarcity of resources and the competition that comes with the bottle-neck of career pathways throughout the screen sector.’

Lourde says the fallacy of reform rests in the fact that there is usually only room for one person, and that person is “sufficient” to represent difference.

‘The machines are very slow to change in general, and whenever straight, white, able bodies are behind the starting block, and [others] to have to prove their calibre, that is a system that needs dismantling. And it needs to happen across all spheres of the arts simultaneously,’ said Lourde.

Zhang added: ‘Institutions want to put protocols around things or have guidelines, but it is just another form of institutionalising this thing that has become a problem.’

The language of racial justice

‘Everyone has a responsibility to fight for racial justice,’ said Zhang.

‘But in terms of the creative or arts sector, we hold that responsibility more so because we are the champions of national identity and our individual identity. It is about the stories we are told on TV and in picture books – and it is important that we consider how, and who, is brought on to do that.’

‘When compared with other sectors, like tech and start-ups, they really understand the power of diversity in all forms in futuring and creativity. And yet, when it comes to the arts, it is quite homogenous,’ Zhang continued.

It is more than just championing diverse ideas; it is about who tells those stories.

Zhang believes that the arts is not only lacking in terms of representation, but also in diverse leadership.

Lourde added: ‘We won’t see meaningful change unless we see change at all levels. There is a lot to be said about authentic experiences – lived experiences of different cultures of the world – they can be great allies, but they don’t necessarily understand the nuanced effect on people lives and the dynamo impact [of racism].’

Nahlous continued: ‘I found that we were really stuck [at Diversity Arts Australia] talking about ethno-cultural, migrant communities. We are stuck in how we had conversations with government, and in the fight to keep the bit we got when hit by funding cuts. How can we have these conversations and take them outside this present day, and the language that is determined for us?’

‘It is tricky; it is so tricky,’ said Zhang of creating safe spaces to work and share ideas.  ‘As a curator, I bring artists in to my institutional context, so I have to ensure their cultural safety is paramount.’

‘But unfortunately…no one is doing that for me working within an institution, and that is an exhausting thing to navigate,’ Zhang continued. ‘When I take on projects, I think about the level of energy and how much I will have to navigate this space – 90% are white and homogenous – so that is something I really take into account.’

But the problem of safe spaces is not reserved for creative process – it impacts the relationship between artists and creatives and institutions.

Donnelly said: ‘One of the things that is really unsafe for me, and it happens a lot, is being the only First Nations person at the table or in the conversation. The lived experience of Indigenous Australians is extremely diverse …having one person all the time speaking about things is really unsafe; there has to be a diversity of voices all the time.’

Zhang said key things to consider in creating safe spaces is, ‘never assume anything, and take everything someone says at face value. I have also asked artists if they want to bring on another person – a writer or curator to look over material – so they have someone they trust to come into the process, and they are paid.’

‘It comes down to listening and reflecting on yourself, and how your actions might cause potential harm. Owning up to it. thinking it through and thinking how you ensure it doesn’t happen again,’ Zhang said.

Donnelly said that at BlakDance they had spent the last number of years to create a Partnership Framework, and this involves – when working with a partner organisation –  a cultural or racism audit.

‘What that will enable us to do, as an organisation, is ensure they are culturally competent. If they don’t meet the baseline then we can’t partner with them,’ said Donnelly.

‘These processes take a long time, and come about from wins but also many failings,’ she added.

‘Creating safe spaces takes a lot of conversation and a lot of clarity of processes and responsibilities, and has to be reached through collective understanding. So the biggest thing is making the time to have those conversations and do the analysis.’

Nahlous reminded the audience, ‘Quite often organisations want to do things in a quick way.’ Diversity Arts Australia recently launched the Creative Equity Toolkit to assist  organisations in the arts and screen sectors.

Read: Toolkit to pave the way for anti-racism in the arts

Calling out, calling in and cancel culture

Perhaps one of the greatest questions we face in our time, is whether you call out racism and go public, or do you call in and have the private conversation?

‘For me, it is about the prestige and power balance that might be at play,’ said Zhang. ‘Often I will try calling in first and if it doesn’t go anywhere, I will consider calling out.’

‘If it is an institution, it can be quite harmful [publicly] and it is a matter of assessing whether I might have avenues within those organisations to have a conversation with them, and power to actually do anything. People who often call out have no other avenues to voice their dissatisfaction,’ she continued.

‘There’s a lot of [noise] at the moment and we see a fuzzy distinction between cancel culture and calling out, and a lot of nuance has been lost,’ said Lourde. ‘Cancel culture is used more liberally of late and it’s squashing a lot of debate and conversation.’

‘It’s born out of circumstance and power imbalances, which make it really clear when people are calling out that they feel they don’t have other avenues for conversation or over career pathways,’ Lourde continued.

‘I would like to argue that calling out on social media is an inherent part of the debate,’ she concluded.

‘We need a bespoke approach, so working respectively to find those shared protocols is the most important thing to do,’ concluded Lourde.

This discussion was presented as a webinar by SAMAG, a not for profit organisation of arts professionals encouraging shape-shifting conversations.