No laughing matter: how COVID-19 is disrupting arts touring

Independent company Bunk Puppets is facing losses of tens of thousands of dollars after having to cancel upcoming international tours to China and elsewhere, nor are they alone as other arts events announce their closure.
Richard Watts 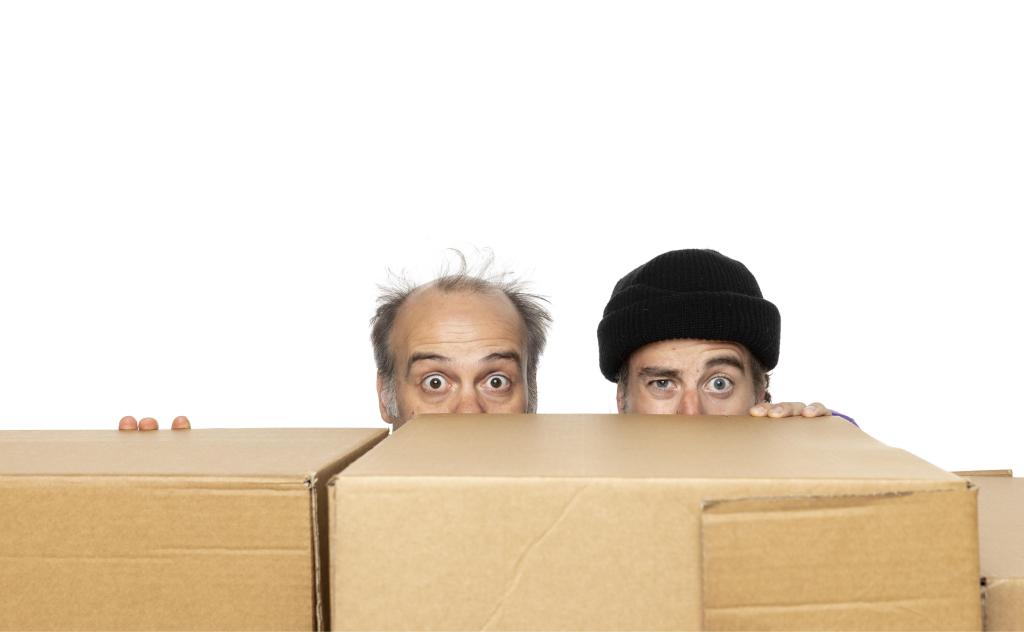 UPDATE: After the publication of this article on Friday afternoon the Federal Government announced that, from Monday, non-essential gatherings of more than 500 people will be banned. No restrictions on attending school or university, work, or using public transport have been announced. We will report on the ramifications of this announcement in due course.

While the Australian performing arts sector is braced for closures, reduced work opportunities, and diminished and anxious audiences as the impact of COVID-19 intensifies, one small company is already facing losses of tens of thousands of dollars following the collapse of a number of previously confirmed tours.

Bunk Puppets, a Melbourne-based company, had at least four upcoming tours confirmed to international destinations including France and China.

‘The one in Norway now is also a bit uncertain. So we now have maybe three or four tours that outright just aren’t going to happen, and a couple that are very shaky,’ said Bunk Puppets Artistic Director Jeff Achtem.

The spreading coronavirus is creating additional uncertainty for the sector because of the lack of clarity around insurance claims and costs, Achtem said. ‘But what’s really crippling for us is all the travel uncertainty. As different countries bring in travel restrictions, those become barriers to movement. And we’re just a small company. So if I have to suddenly walk away from $5,000 worth of airline flights that I can’t get refunded, you know, that becomes a very big thing.

‘Future planning now is really quite difficult; we have to put ourselves in a bit of a holding pattern, because I don’t want to lay out money on flights lest we can’t get them refunded. The safer thing to do is to crawl into a hole for a couple months and maybe just work at home. So that’s what we’re doing. We’re making this new show for Melbourne International Comedy Festival and we’re trying to try to cross as few borders as we can for the moment,’ Achtem told ArtsHub.

The uncertainty caused by COVID-19 – and especially the loss of income for casual and part-time staff (including front of house, bar staff, stage crews and merchandise sellers) – has led to peak body Live Performance Australia (LPA) demanding that the Federal Government take action to support Australia’s $2.5 billion live performance industry.

‘We’re already seeing cancellation of events and touring programs across the country. We expect this to get worse with industry losing hundreds of millions of dollars and thousands of jobs,’ said LPA Chief Executive, Evelyn Richardson.

‘In the event that governments upgrade their public health response to COVID-19 which forces the cancellation of live performance events, they need to in the short term urgently develop a targeted relief package to keep businesses operating.’

‘We expect this to get worse with industry losing hundreds of millions of dollars and thousands of jobs.’

She called for the Government’s economic stimulus package, announced on Thursday, to be expanded to cover the live performance industry.

‘As a sector with high casual employment we would also urge the Federal Government to consider a program similar to Farm relief to make access to social security payments available in the event of a sector shut-down or significant loss of trade. Waiting periods should be waived,’ Richardson said.

‘Consideration should also be given to extending the wage subsidy of 50% for apprentices and trainees to artists, performers, creatives and technical crew who are employed by companies.

‘We believe it’s possible to design measures that are targeted, scalable and temporary in terms of their budgetary impact, and which could be lifted once the current public health crisis is resolved,’ she added.

The Shadow Minister for the Arts, Tony Burke MP, has also called on the Morrison Government to take action to support the arts sector.

‘Australia’s arts sector was already fragile before the coronavirus crisis due to the Abbott-Turnbull-Morrison Government’s cuts and neglect. Now with live performance ticket sales dropping and the list of cancelled events growing rapidly, the sector could be brought to the brink over coming months,’ he said.

‘Most performers are literally “gig workers”: no show means no income … The Government has announced specific measures to support the tourism industry. Live performance is similarly vulnerable to this crisis and needs help.

‘The Government needs a plan for the arts sector and we need to hear what it is – urgently,’ Burke said.

‘Australia’s arts sector was already fragile before the coronavirus crisis due to the Abbott-Turnbull-Morrison Government’s cuts and neglect.’

Australian arts festivals have already begun to pull the plug on upcoming events, with Dark Mofo announcing on Wednesday it would not present its annual winter festival in Hobart this year. A range of community festivals such as Ballan Autumn Festival have also cancelled their 2020 editions.

On Friday, Clunes Booktown Festival – originally scheduled to run over the weekend of 2-3 May – followed suit.

‘Like most events of this nature, we start advertising and marketing the event, designing and printing collateral, booking acts and accommodation, along with hiring equipment and venues many months in advance, and each day that passes those expenses mount up. It would be irresponsible for us to allow that spend to continue without the firm knowledge that the event would take place,’ the Clunes Booktown Festival Committee said in a statement.

‘We are very disappointed to make this announcement but we have a duty of care to staff, volunteers, traders, authors, artists and of course the general public.

‘All pre-purchased Festival and author talk tickets and site payments from our many booksellers and food vendors will be refunded,’ the statement concluded.

ArtsHub understands that a number of other Australian festivals due to be held in the coming months are seriously considering cancelling or postponing their events. Others, such as Tasmania’s festival of Voices, have confirmed they are going ahead.

LPA’s statement comes as the Melbourne Formula One Grand Prix was officially cancelled on Friday due to the risk of the coronavirus spreading among attendant crowds.

Reducing the risk of rapid and widespread infections – ‘flattening the epidemic curve’ – by reducing public contact will prevent health services being overwhelmed by a sudden spike in COVID-19 infections.

Decisive action has already been taken overseas, with Broadway productions closing until the end of the month after New York’s governor Andrew Cuomo introduced new regulations to prevent public gatherings of more than 500 people.

In Australia, governments have not yet moved to close or cancel major arts events such as the Melbourne International Comedy Festival (MICF) which runs from 25 March – 15 April and attracts audiences in excess of 776,700 people.

In a statement released on Wednesday, MICF management said: ‘We are monitoring the situation and adhering to the advice provided by Australia’s Chief Medical Officer, Brendan Murphy, and the World Health Organisation (WHO). There are currently no restrictions on the hosting of events in Victoria. We are looking forward to presenting the Festival and we are proceeding as planned.

‘We are a member of Live Performance Australia, the peak body for the national live performance industry, which is monitoring and advising members with regard to industry-specific issues. At this juncture there is no instruction from any government authority to cancel performances, cancel group activities, cease rehearsals, close workplaces or close performance venues. This may change, and if so, we are preparing ourselves for any situations, should we need to cancel events or refund/reschedule events for our patrons.

‘If any events are cancelled or postponed, ticketholders will be provided with a refund or offered the opportunity to attend the rescheduled date,’ MICF’s statement concluded.

While MICF is currently going ahead as planned, British comedian Daniel Kitson today announced the cancellation of his Melbourne season.

‘The long of it, is that what’s happening around the world with Lurgy 2020 © is, undeniably at this stage, a full blown kerfuffle. A kerfuffle that I’m keen to help mitigate in whatever infinitesimal way that I can. Which oddly, in this instance, means, choosing not to fly to Australia and squish strangers into a little room, late at night, to watch me stumble through a story that is currently, quite patchy,’ Kitson  said in a statement.

IMPACT MAY BE HUGE

LPA’s Evelyn Richardson noted that the impact of forced closures, if introduced by government, will be huge.

She said it is critical that the government acts now to ensure companies survive and people stay employed.

‘In the short term, business continuity is a priority while the recovery phase will require a stimulus package into the sector to help companies get back up and running and get consumers back out to shows and events,’ Richardson said.

‘Many of our companies are vulnerable and within both the commercial and subsidised sectors, there are companies that will not have the balance sheet strength to withstand the combined impacts of box office failure and contract obligations, and some larger event cancellations may cause irreparable damage.

‘Given the significant economic and social contribution of the live performance industry, including in regional areas, it is vital that government acts now to minimise business failure, loss of jobs and investment’, Richardson concluded.