Florida pastor Kevin Sutherland has been arrested for trying to sell a counterfeit Damien Hirst artwork to Sotheby’s.
ArtsHub
[This is archived content and may not display in the originally intended format.] 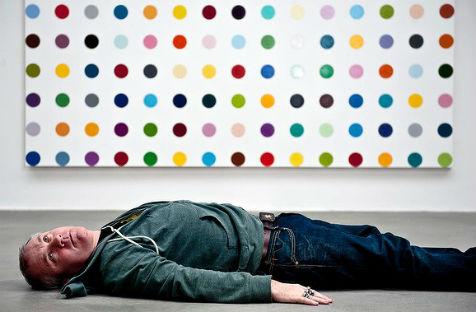 A Florida pastor has found himself in hot water after he allegedly attempted to sell counterfeit copies of Damien Hirst’s ‘dot’ paintings. Kevin Sutherland, who heads the Mosaic Miami Church, was arrested last week after New York prosecutors worked undercover by posing as interested buyers.

According to prosecutors, Sutherland attempted to sell a Hirst artwork to Sotheby’s in December, which he claimed he had purchased from an unnamed source. Sotheby’s realised that the work was a forgery and notified law enforcement who emailed Sutherland asking if he had any more Hirst works to sell.