Escalated lockdowns: State by state COVID impact on the arts

More arts organisations plunged into uncertainty as a nationwide lockdown continues to escalate: updates on closures and cancellations.
ArtsHub 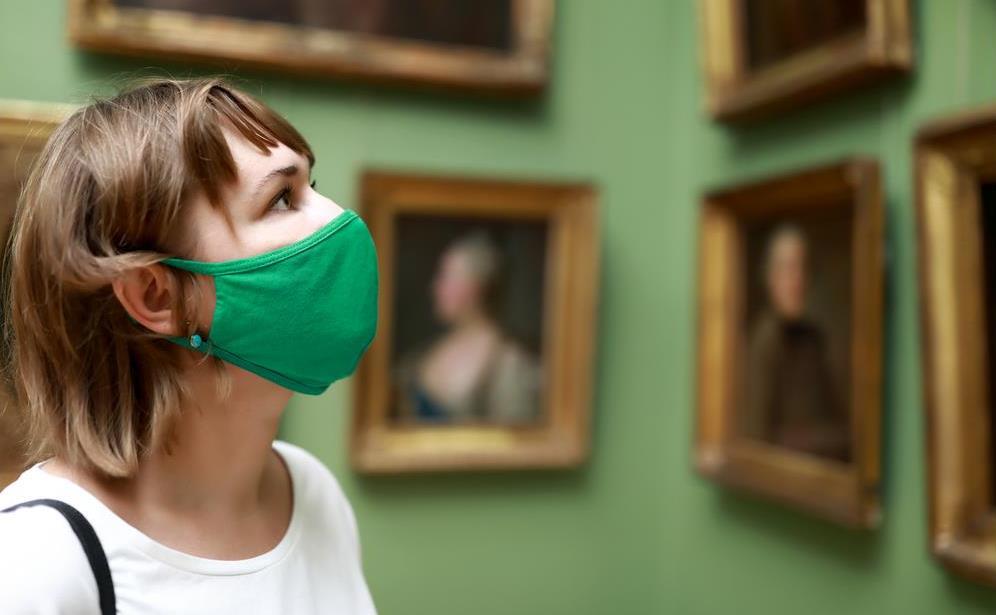 In a very fluid situation, as states continue to impose new lockdown restrictions, waves of event cancellations, postponements and closures are occurring across the country.

ArtsHub offers a noticeboard of rolling changes as published at 30 June:

Read: As good as a lockdown – Delta’s impact on the arts for Sydney

The Australian Design Centre has closed to the public until 10 July, placing a halt on its two current exhibitions Made/Worn: Australian Contemporary Jewellery, Endangered + Extinct and installation Windowsmiths: Murmuration which will conclude prematurely ahead of its 7 July scheduled date. The ADC’s annual program WORKSHOPPED21, featuring highly anticipated New Australian furniture, lightning and object design, is still slated to open on 15 July.

Australian Museum has closed to the public and plans to reopen on 10 July subject to restrictions.

The Art Gallery of New South Wales has temporarily closed to the public with reopening subject to public health orders.

Artspace has temporarily closed until further notice. The lockdown has come as the gallery mounts its final exhibition before an extended closure for renovations.

Belvoir St Theatre’s new production Miss Peony by Michelle Law has been postponed from its original date of 3 July. Tickets will be rescheduled for pre-booked performances.

The Griffith Regional Theatre has rescheduled 1-2 July performances of the Robertson Brothers to 5-6 November. The Midsummer’s Night’s Dream slated to open on 8 July has been cancelled for the time being with hope to reschedule. Margaret Fulton the Musical on 10 July will go ahead as planned until further notice.

The Museum of Contemporary Art Australia has closed to the public until further notice, and upcoming events have been cancelled or postponed.

The Merrigong Theatre Company has postponed or cancelled all performances during the lockdown period inclusive of 9 July at Illawarra Performing Arts Centre, Wollongong Town Hall, and The Music Lounge. Patrons will be contacted regarding their ticket purchases.

Mosman Art Gallery has closed until 9 July with all programming cancelled, including a series of kids workshops ART ATTACK! on 6-7 July.

The Museum of Sydney alongside Sydney Living Museums has closed to the public until 9 July inclusive.

The National Art School has closed its campus and gallery during the first round of lockdown on 25 June until further notice.

The New Theatre has cancelled the remaining shows of Significant Other from 25 June while the upcoming production The SPOOK postponed until 13 July.

The Omega Ensemble has postponed their Ex Machina tour, originally scheduled to travel across Newcastle, Sydney and Melbourne between 27 June – 13 July.

Powerhouse Museum has temporarily closed and is scheduled to reopen 10 July with its major new exhibition Eucalyptusdom, which was delayed due to the snap lockdown.

The State Theatre has rescheduled upcoming performances of The Wedding Singer Musical from 1-9 July.

Sydney Lyric Theatre has cancelled all performances of HAMILTON between 25 June – 9 July inclusive.

The Sydney Opera House has closed to the public until 9 July, with performances across all theatres and partner companies either cancelled or postponed.

Sydney Theatre Company has cancelled performances of Triple X from 1-9 July, in addition to previously announced cancellations of Grand Horizons from 25 June – 3 July.

On 28 June, Northern Territory Chief Minister Michael Gunner announced an extended lockdown in the Greater Darwin Area for a further 72 hours until 1pm on Friday 2 July. The growing gold mine cluster identified on Sunday 27 June, now with seven active cases, placed the state in ‘an extremely critical period’ according to Gunner.

With plans turned upside down just a week of its opening on 2 July, the Darwin Fringe Festival has announced the difficult decision to cancel all performances across its opening weekend from 2-4 July. Organisers stated that they hope the festival will continue, starting 6 July, subject to restrictions lifting in time.

Brisbane and other parts of Queensland have quickly descended into a lockdown from an initial mandatory mask wearing order effective from 1am, 29 June to 13 July. From 6pm on 29 June, a three day lockdown will be in place covering 13 Local Government Areas including Brisbane, Gold Coast and Townsville.

The Museum of Brisbane has announced temporary closure from 30 June and reopening on 3 July.

QAGOMA has closed to the public from 29 June and is scheduled to reopen Saturday 3 July.

Queensland Ballet has cancelled all classes between 29 June – 2 July.

UQ Art Museum  has closed until 10am Monday 5 July.

HOTA (Home of the Arts) on the Gold Coast have joined the closure announcements today, shutting down until 9am Saturday, 3 Jul. All events during this time will be postponed or cancelled. If you have tickets you don’t need to do anything, HOTA will be in touch with further information.

With a minimum four-day lockdown announced starting 29 June and 14-day quarantine requirements upon entry to WA, Perth’s ‘circuit breaker’ has also put a break on many arts events.

The Australian String Quartet’s ASQ IN CONCERT: BARTÓK MENDELSSOHN FISCHER concert in Perth originally slated for 28 June was cancelled due to border restrictions, however, its Melbourne Recital Centre show is still scheduled to proceed on 30 June.

Fremantle Arts Centre announced closure from 29 June – 2 July, but plans for the exhibition opening of Perth artist Jacobus Capone’s solo exhibition on 23 July are still in place at the time of writing.

Subiaco Arts Centre’s performance of Monica slated between 30 June – 3 July inclusive have been postponed with further updates to be announced.

Western Australian Ballet has cancelled performances of STATE – an inaugural season with two years in the making which ArtsHub was able to review before lockdown – as well as adult ballet classes and all events from 29 June to 2 July. Performances on 3 July are awaiting further state government notice.

Other Travel bans and border restrictions:

As states close their borders to ACT, NSW, NT, Queensland and Western Australia, tours and travelling shows have been forced to cancel or reschedule in another phase of restricted mobility.

On Wednesday, Hobart’s Festival of Voices announced the cancellation of Dami Im’s performance on Thursday 1 July due to border closures and the COVID situation. Im said in a statement: ‘I’m absolutely devastated that I’m not able to get to Tassie to be a part of Festival of Voices as I’ve been looking forward to kicking off my very first show of the Piano, Songs & Stories tour. I hope everybody stays safe and I long for the day I can come over to play for you when the situation improves.’

Simultaneously, Festival of Voices announced that all festival participants, audiences, support staff and volunteers will be required to wear a mask at all Festival events, except performers when actually singing.

The biannual Australian Youth Dance Festival (AYDF) scheduled for 4-9 July in Victoria has been postponed to 2022 due to border closures with 90% of attendees traditionally arriving from other states. In a press release, Ausdance VIC Executive Director Michelle Silby expressed their collective disappointment, but added that ‘our hope is to reschedule AYDF in July next year.’

Sydney based rock band Polish Club has cancelled their event as part of Tasmania’s Festival of Voices slated for 30 June – 11 July due to travel uncertainties.

For the latest information on the national lockdowns check the Department of Health’s COVID health alerts website.