Restorer Eli Shaltiel has uncovered a mural painted over by Romanian-Israeli Dada artist Marcel Janco more than 50 years ago.
ArtsHub
[This is archived content and may not display in the originally intended format.] 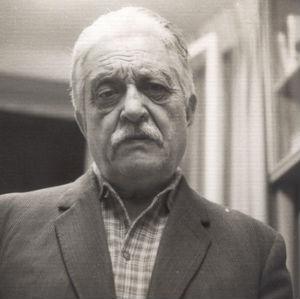 Restorer Eli Shaltiel has uncovered a mural painted over by Romanian-Israeli Dada artist Marcel Janco more than 50 years ago on a wall in his studio at the artists village of Ein Hod that he had founded in 1953 in northern Israel.

Shaltiel wasn’t relying on luck for his discovery, but he can be credited with diligence. The nearby Janco Dada Museum had found old photographs that showed murals on several walls of the studio, so he knew there should be something there somewhere. Starting with a speck that led to a line, Shaltiel kept peeling back the layers of paint and plaster until he had his mural.