Circus Oz to wind up

The iconic Australian company is to cease trading following the Board’s failure to secure the agreement of Company Members to a radical overhaul of existing governance structures.
Richard Watts 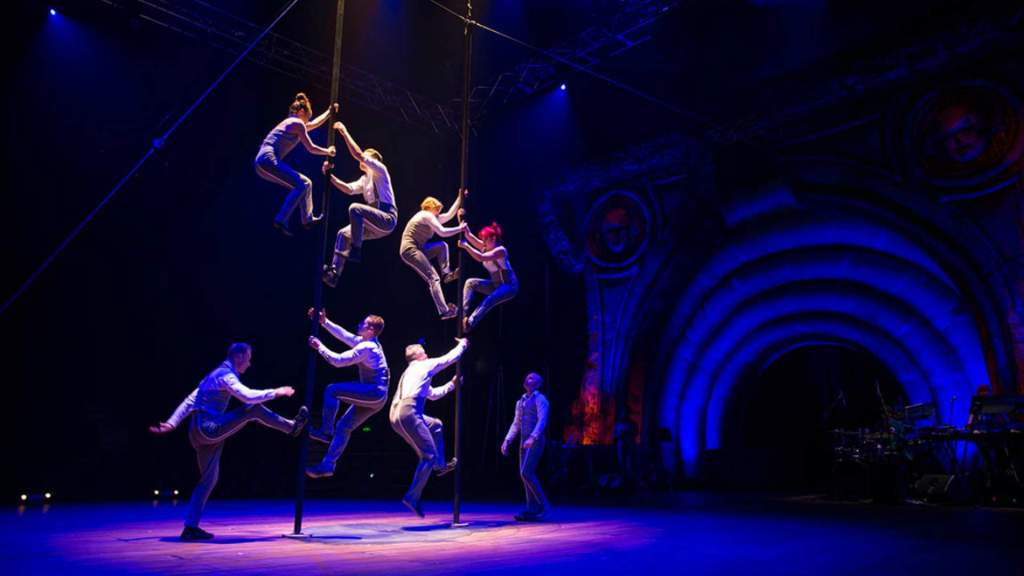 The Board of Circus Oz has announced its intention to wind up the company.

In a statement released overnight, the Board stated it had failed to reach an agreement with the Company Members of Circus Oz over a decision to reform the company’s governance structure.

Such a reform was apparently identified as a necessary outcome of an independent review of Circus Oz commissioned by the Australia Council for the Arts and Creative Victoria, and which commenced in May 2021.

Simultaneously, the Board conducted its own research on different governance models across the industry and of companies of an equivalent scale of Circus Oz in order ‘to be prepared and open to review recommendations’, according to a consultation document circulated among Company Members on 1 September this year.

Reflecting its artist-led origins, the Circus Oz Board includes several artist representatives drawn from the ranks of the Company Members (former staff and artists who had worked with the company continually for three years) alongside more standard Board appointees from the business and corporate sector.

Circus Oz Company Members have been shocked by today’s announcement.

Susan Provan AO, a long-standing Company Member who joined Circus Oz as General Manager in 1985 and is now Director of the Melbourne International Comedy Festival, said she was stunned by the news.

‘This is news to the company. Transformation of Circus Oz is in progress and winding up the company is not on our agenda,’ she told ArtsHub.

‘Circus Oz has a great history and a positive future. There are challenges for sure but there is also vision, energy and the creative resource of a very resilient company who have valuable contributions to make to Australia’s performing arts sector,’ Provan said.

Board Treasurer Mike McCredie told ArtsHub the decision to shut down the company was made by the members, not the Board.

‘It’s been a decision by the members. We are a member-based organisation. We have just under 100 members, and we put it to the members, “Do they accept the changes that have been asked for in relation to the governance structure?” Or if they vote against that, then the government funding will be turned off, we will no longer be entitled to government funding, which leaves the Board with no other decision than to wind the organisation up, absent any other alternative,’ McCredie said.

Circus Oz was placed on notice by the Australia Council for the Arts in January 2021, with Council suspending the application submitted by ‘Circus Australia Limited for the National Performing Arts Partnership Framework (2022 – 2024) subject to a review of the companies [sic] strategic vision and business model’, according to documents filed with the Australian Charities and Not-for-profits Commission (ACNC).

Previous warnings from the Australia Council were made as early as 2018, while the company has been without a permanent Artistic Director since the departure of Rob Tannion in 2019.

Several Company Members told ArtsHub they were offered a binary, either/or choice at a recent meeting with the Board: either accept the government-mandated introduction of an entirely skills-based Board, removing artists from direct control of the artistic, cultural and operational control of Circus Oz – or close the company down completely. No middle ground was offered.

Under its existing constitution, the Circus Oz Board must be comprised of a minimum of 45% artists, McCredie explained.

‘The governance changes that were being asked for was just to have it as a skills-based Board. That would mean we would always have to have artists on the Board. And they could always come from our membership base, but what we and the government were saying is they shouldn’t actually exclusively have to come from [the members]. It could be quite useful to have artists from different fields, as well as from circus, on the Board to help us drive the overall vision of success going forward,’ he said.

McCredie said the Board would also welcome suggestions as to how Circus Oz could operate without government funding, which represents up to 75% of the company’s revenue.

‘Circus Oz as we stand today is not a viable business. No organisation, when you take out 75% of their revenue, is a viable business … If somebody wants to come to us with an alternative structure, which can fill in the gaps or resize the business absent employees, then we’d love to consider it as a Board. Absolutely. But we sit here today as responsible Board members who say we can’t operate a business that is potentially insolvent when you take out 75% of our revenue,’ McCredie said.

At the meeting in which the Board’s governance proposal was rejected, the collected Company Members were apparently promised they would be involved in public discussions about the decision to wind up the company, a promise which they say was not kept by the Board.

McCredie refutes this claim. ‘We have Company Members on our Board … and those members were engaged with and reviewed and discussed all media releases. So there’s no shock or surprise here.’

His comments do not align with the experiences of several Company Members who spoke with ArtsHub this morning, all of whom expressed shock, surprise and dismay at the way the announcement was communicated.

A media release was put out by Circus Oz management late last night (Thursday 9 December), embargoed until 11:30am today (Friday 10 December). It read it part:

‘Without the Company Members support, the Board have been compelled to confirm they cannot meet the governments’ funding requirement and are now working on the process of closing the company, including finalising any employment and program obligations, contracts, and commitments.

‘We respect and appreciate that for staff and members, their commitment, heart and passion has been what built this organisation and critical to the company’s principles, beliefs and success.  We understand what a deeply sad time it is for the Circus Oz family.

‘The Board respects this was likely a hard decision for the Company Members who previously contributed to shaping the legacy and iconic brand of Circus Oz,’ the media release stated.

Founded in 1977, with its first performance season in March 1978, Circus Oz grew out of the Australian Performing Group (APG), and the merger of two companies: the APG’s Soapbox Circus (established in 1976) and the New Ensemble Circus, previously the New Circus, established in Adelaide in 1974.

McCredie said the process to determine the viability of Circus Oz productions recently announced for January and March was now underway.

‘That is a process we are actually going through right now … We need to go through that process with our existing staff, the performers, and the directors of those shows, to make sure that we can put on those shows safely and effectively for the audiences,’ he said.

No date for the official closure of Circus Oz has been provided at the time of writing. The future of Circus Oz’s $15 million headquarters and training facilities, opened in Collingwood in March 2014, are as yet unknown.

This article has been updated after publication to include comments from Board Treasurer Mike McCredie, who was not available for comment until after the 11:30am publication embargo had lifted.