Business as unusual: The ArtsHubbub Episode 6

In our latest podcast, we ask artists and arts organisations what lessons they've learned from COVID-19, and whether they'll adopt some of the changes they've made as restrictions lift.
Sabine Brix 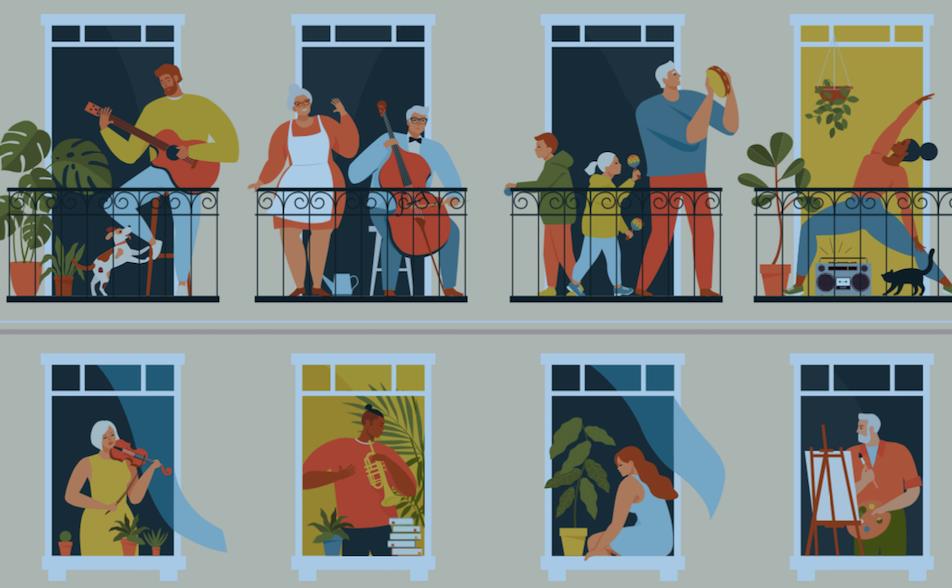 Learning to adapt our arts practice during COVID-19 has been a steep learning curve for many people. Image Shutterstock.

Artists and arts organisations have had to be resourceful, innovative and resilient when changing their business practices because of COVID-19. In episode six of The Arts Hubbub we speak with an artistic director, a musician, the co-founder of a performing arts platform and a tech entrepreneur, to see how they’ve adapted to the challenges the lockdown has brought.

In our feature interview, George Dunford speaks with Michaela McGuire, Artistic Director of Sydney Writers Festival (SWF),  about how she coped with the impacts of COVID, which saw the cancellation of the festival and its migration online.

‘It was one of the worst weeks of my life; certainly, I think, the worst professional week of my life,’ McGuire said. ‘So on the Monday of that week, I woke up to an email from one of our headline authors Ann Patchett saying that she just didn’t feel that she could take the risk of getting on the plane and then potentially being stranded somewhere that she didn’t want to be stuck for a very, very long time. And sort of from that moment, I just felt that was the way it was going to go.’

Although putting the entire SWF program online and reorganising events was a challenge, McGuire said ultimately the festival had an advantage because they had previously established a podcast channel with a pre-existing subscriber base and which they could use to turn virtual author talks into podcasts.

‘Working out how to get those recordings happening in the midst of a pandemic took an enormous amount of work,’ she explained. ‘We launched that podcast program on the week that would have been festival week, and for the six weeks between the festival cancellation and the launch of the podcast series, we really worked as hard or harder than we would have if we were leading up to a regular festival.’

‘It was one of the worst weeks of my life; certainly, I think, the worst professional week of my life.’

One of the advantages to hosting events online are the ways they can bring artists from different geographic locations together to experience gigs and performances.

For our professional development segment, The Nudge, Sabine Brix spoke with artists about some of the benefits of taking their practices online.

Josh Carell, the co-founder of Little Foot and Company, which hosted live streams of their spoken word event on Facebook, said going digital was beneficial for the brand.

‘I think the critical thing for us is that it allowed us to grow and to reach a different audience,’ Carell said.

Sound designer Steph O’Hara was watching the way performers took to the net to present live streams and performances. He decided to develop the app Clappi so performers would have some sonic appreciation at the end of a performance; something missing from the way people interacted virtually.

‘It felt to me that at the end of a song or at the end of a circus trick there was an awkward silence,’ O’Hara said. And I thought, well, wouldn’t it be nice to hear the audience?’

And finally we spoke to Matt Walters, the founder of Parlour Gigs. Walters’ model allows fans to book artists to play in their backyard, a platform we may see more of in the future if livemusic venues remain closed.

‘If you’re in a position where you’re thinking, how am I going to get active and start earning again, in a live sense, this is really one way you can do it,’ Walters said.