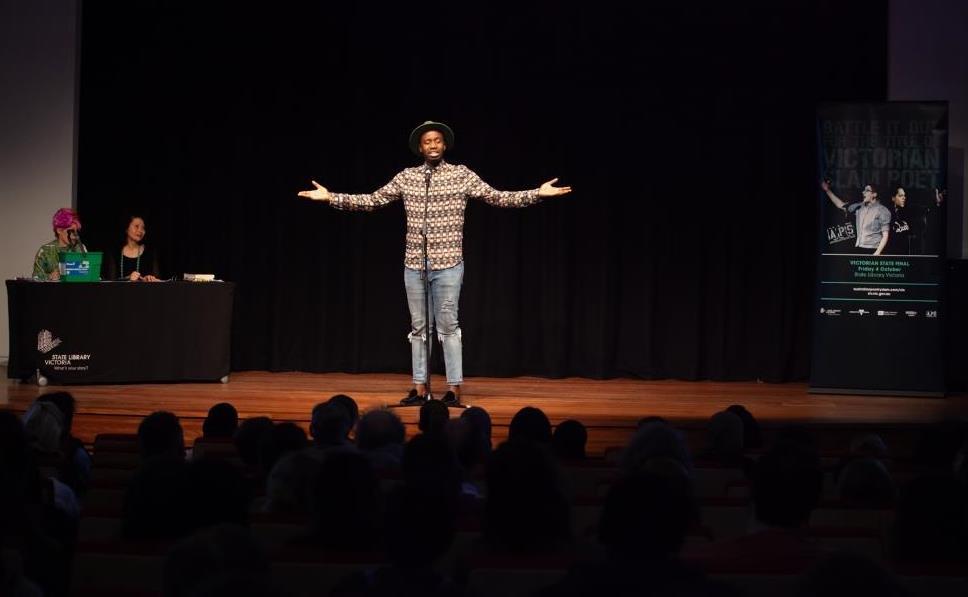 Transdisciplinary artist wāni has been crowned the winner of the 2019 Australian Poetry Slam, just two weeks after being named runner-up in Victoria’s state final.

Originally from Bukavu, Eastern Democratic Republic of Congo by way of Aotearoa/New Zealand, the respected young wordsmith from Melbourne missed out on winning the Victorian final by just half a point, with Zaynab Farah taking out the honour. However, wāni’s talent has proved electric enough to beat the 15 other finalists from around the country in the national Grand Final hosted in Sydney.