AIDC ready: A creche, Canadians and the coronavirus

What's going on behind the scenes at the Australian International Documentary Conference? Here's a glimpse of the working parts through CEO Alice Burgin.
David Tiley 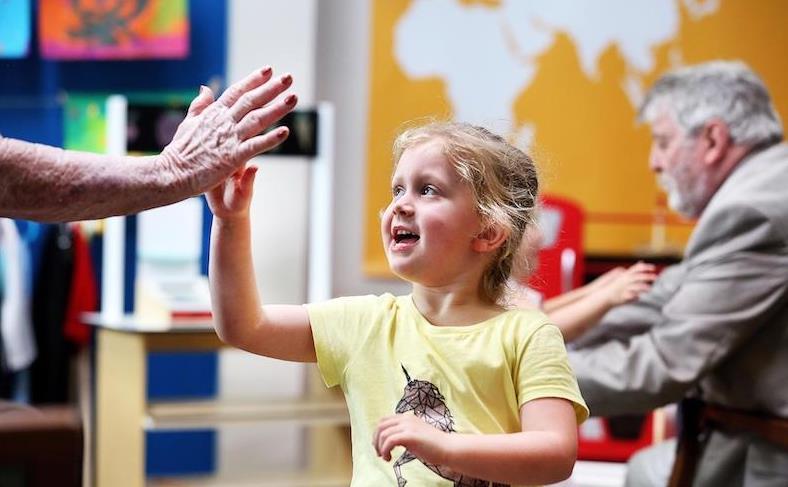 A good conference is a holiday from the humdrum reality of our jobs, to swim in the essence of what we care about. Alice Burgin, who runs the Australian International Documentary Conference, is very aware of this and relishes the move from Melbourne’s ACMI to the State Library of Victoria.

The conference will be the first event in the newly refurbished Library. ‘The venue will really change the feel’, she said on the phone. ‘ACMI is actually a very modern space. I think the Library brings a real touch of traditionalism, with that kind of Berlin Biennale European feel.’

She is now in her third conference, so she knows the milestones and the routine and expected unexpected problems. She knows a few valuable people will drop out, for instance.

What about the coronavirus? ‘We are in constant communication with our international guests. At the end of the day, people need to make their own decisions. The good thing is that the market does not rely on one or two individuals so really I am not worried.’

The FACTory international pitching event has been retooled to combine Forum pitches with New Talent pitches and a Rough Cut program. It has grown to eighteen projects from twelve countries, including China. That project will be presented by Skype.

The coronavirus problem is encouraging AIDC towards remote participation. The barriers to international travel are becoming more arbitrary and political, some people are locked out by cost, and the carbon footprint can be minimised.

The AIDC has just entered its climactic frenzy. There will be 100 volunteers, and the four full-time staff members have been joined by another four.

‘There’s a huge team of eight,’ said Alice Burgin. ‘I am so lucky because I have this team of amazing people. I feel this every year. It’s manageable and small, and it means you can be nimble and responsive. Also, when you are in a new venue, it can be very, very difficult. And we’ve had great support from ACMI and Film Victoria.’

Over the last two years, Burgin and the conference have built a coherent support system for emerging filmmakers, bringing in new partners for the pitching and setting up the scholarship arrangement. Now they can see the results.

‘I don’t think it’s actually that we’re getting more emerging filmmakers. I think what’s happened with AIDC in the last couple of years, we have responded to the changes in the industry and built solid opportunities for co-operation, and engaged with new platforms, new buyers and new voices.’

The AIDC is avid for change, in which it reflects the global market. The Canadian delegation is the first half of a reciprocal deal, with a delegation of Australian filmmakers to attend Hot Docs in Toronto at the end of April. ‘This Canadian delegation has brought new partnerships and new delegates, and a new wave of people really keen to think about international co-production.

‘I think international co-productions are tricky and complicated and seen as something that only experienced practitioners do, so we are up-skilling delegates to make them work. And this year with the Canadians we have set up a pilot program for the future.’

The response, from delegates and agencies, has been energising. ‘So what we’re saying is that a lot of people across the world from producers to funders are really coming to explore these new opportunities in international co-operation.’

These market-driven strategies are not new, and started in pre-digital days. But the tools and possibilities are now so completely different that only the friendships are recognisable. At the same time, we are faced with intense global threats around issues like the collapse of truth in politics, attacks on journalists, and the rise of deliberate fakery. They bring a new urgency to the AIDC, a sense that the work of documentarians is more deeply engaged with the pace and disciplines of news.

The internal work for AIDC 2020 is more focused on servicing the conference properly, to create a friendly, frictionless experience. Maps, biscuits, gaps between sessions, coffee, quiet corners – all these mundane factors can make or break an experience.

‘We think there is probably a core audience around the AIDC, because of the size of the industry. A large part of the delegates seem to be coming every second year, so we want to create an experience that they will want every year. And today, you need to service it properly.’

Will the conference sell out?

‘We are going to probably limit full access and gold passes at some stage soon,’ said Burgin. ‘We do have a few networking events which are connected to those passes. But we’ve always got space for people to come and attend the sessions.’

‘I think just because we do have a few capacity networking events which are connected to those passes, but yeah, but you know, like, we’ve always got space for people to come and attend the sessions.’

Modern conferences are very, very professionally run and AIDC is good at keeping the event human while it travels briskly through a complicated schedule. But there is always room for a personal buzz.

Alice Burgin’s trophy moment for the year? ‘I think getting Gordon Quinn to come out. That’s just really exciting. I don’t know…. I like it. Yes, it’s exciting. I’m excited.’

According to the program,

‘Gordon Quinn is the Artistic Director and co-founder of Kartemquin Films, where for over 50 years he has helped hundreds of documentary filmmakers advance their projects forward.

‘A leading champion of the rights of documentary filmmakers, he is the 2015 recipient of the International Documentary Association Career Achievement Award and was a key leader in creating the Documentary Filmmakers Statement of Best Practices in Fair Use.