CURRENCY PRESS: The thing about laughter, says Tim Ferguson, is that you’re not in conscious control. It’s coming from the subconscious..the lower parts of our brain.
Fiona Mackrell 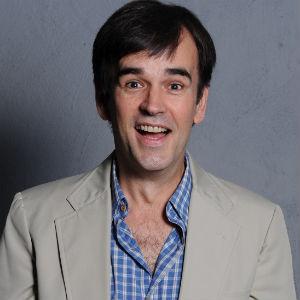 What are some of the principles of writing comedy? Well, here’s one, says Tim Ferguson. ‘The punchline goes at the end.’

It sounds obvious, but he says you’d be surprised how often he reads scripts either for TV shows or stand up routines that screw with that. Maybe the clever people will work out what the hell is going on if you stick the punchline say in the middle, he says. But they won’t laugh.

Fiona Mackrell is a Melbourne based freelancer. You can follow her at @McFifi or check out www.fionamackrell.com