The Coronavirus animation making an impact in the Kimberley

An animation designed to educate Aboriginal communities in the Kimberley and Pilbara regions about Coronavirus highlights the importance of art and collaboration in health awareness campaigns.
Sabine Brix 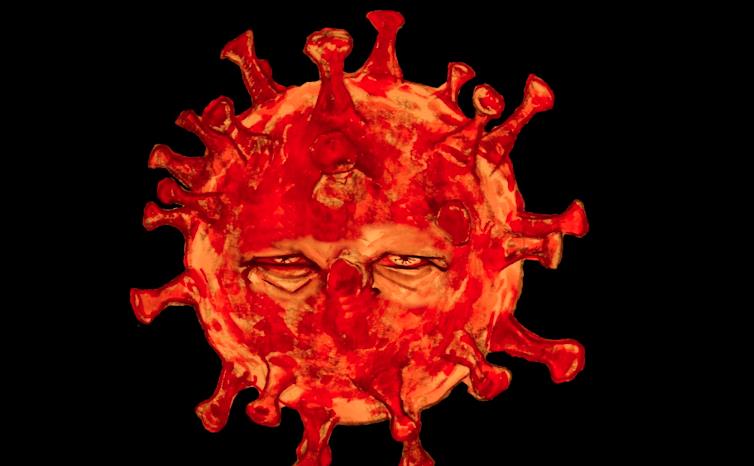 A still from the Kimberley Coronavirus animation video.

Animators, voice over artists, painters, sound designers and translators have worked together to create the Kimberley Coronavirus Animation,  a tool to raise awareness and provide key health information for Indigenous people in the Kimberley.

A collaboration between Melbourne and Kimberley-based contemporary artists, the project’s Director and Producer, Bernadette Trench-Thiedeman, has lived in the Kimberley for eight years and has had a connection there for over 20 years.

Initially she was unsure about creating the animation due to a wealth of information which already existed about the virus, but her motivation grew after speaking with members of the community.

‘One of the most influential conversations I had was with Chris Griffiths, a Miriwoong man and his partner, artist Alana Hunt, a couple who live in Kununurra which is up in the northeast Kimberley,’ she tells ArtsHub. ‘They were really freaking out and had just evacuated their family out to a remote outstation that they’d been building for the last year or so. And they were really worried because they didn’t think the message was getting through.

‘Chris and Alana helped to write the script and develop the concept along with two Aboriginal Health organisations – Nirrumbuk and Kimberley Aboriginal Medcial Services well as members of the Kimberley Covid 19 taskforce,’ Trench-Thiedeman said.

Despite Trench-Thiedeman’s initial concerns, the animation has found widespread success. It’s had over 15,000 views on Vimeo and over 8,000 views on Facebook, and has been retweeted by multi-award winning broadcaster Dr Norman Swan (host of the Coronacast podcast).

It’s also been played in health clinic waiting rooms around the Kimberley, and on NITV and ICTV.

Because of its popularity, more Aboriginal language groups want versions in their own languages. A crowdfunding campaign was recently completed to help re-edit the animations and adjust the soundtrack, which have already been translated into the Martu, Walmajarri and Nyangumarta languages.

Aboriginal Interpreting WA were a key partner in this process, organising translation into endangered Western Australian languages and drawing on their team of interpreters and language specialists across the state.

The importance of cultural specificity and collaboration

For Trench-Thiedeman, it’s always been important to work with Indigenous artists on projects. This animation has been no different. It utilises the skills of sound designer Petris Torres and Nyikina actor/musician Mark Coles Smith, who narrated and composed music for the animation, in addition to other Aboriginal artists who contributed to the project.

Working regularly in the Kimberley as an animator and theatremaker, Trench-Thiedeman highlights the importance of finding the best way to collaborate artistically with the Miriwoong, Goolarabooloo. Gooniyandi and Walmajarri peoples with whom she regularly works.

The Kimberley Coronavirus Animation was made in 10 days, an extremely fast turnaround for so complex a project. Often with the artistic projects she works on, there’s a lot of back and forth and a reference images may need to be okayed by many people. For this animation, they didn’t have the luxury of time, and Trench-Thiedeman chose a broad range of reference images for the characters, using the township of Kununurra as a model.

The artists Trench-Thiedeman works with have diverse skillsets and she introduces new tools and technologies so they can expand their artistic practices further.

‘I’ve worked with some really incredible artists in the Kimberley who also have the capacity to be excellent animators, but often they’re also full-time painters and managing international arts careers, they’ve got kids as well as working at art centres,’ she said.

Despite highlighting the seriousness of the Coronavirus, the animation is also able to provide humour – a hidden scene at the end shows a child throwing a spear directly into the coronavirus molecule that explodes with blood.

‘Everyone on social media is sharing memes that make them laugh because they need that,’ Trench-Thiedeman said.

‘Generally when there’s a health campaign, it can be very serious or it’s purely fear based, not always, but often. We just wanted to create something a bit different and I think people appreciated that. It’s had a good impact.’