Festivals play a vital role in commissioning and co-commissioning work from small to medium companies and independents. Without them, the arts ecology would suffer.
Richard Watts 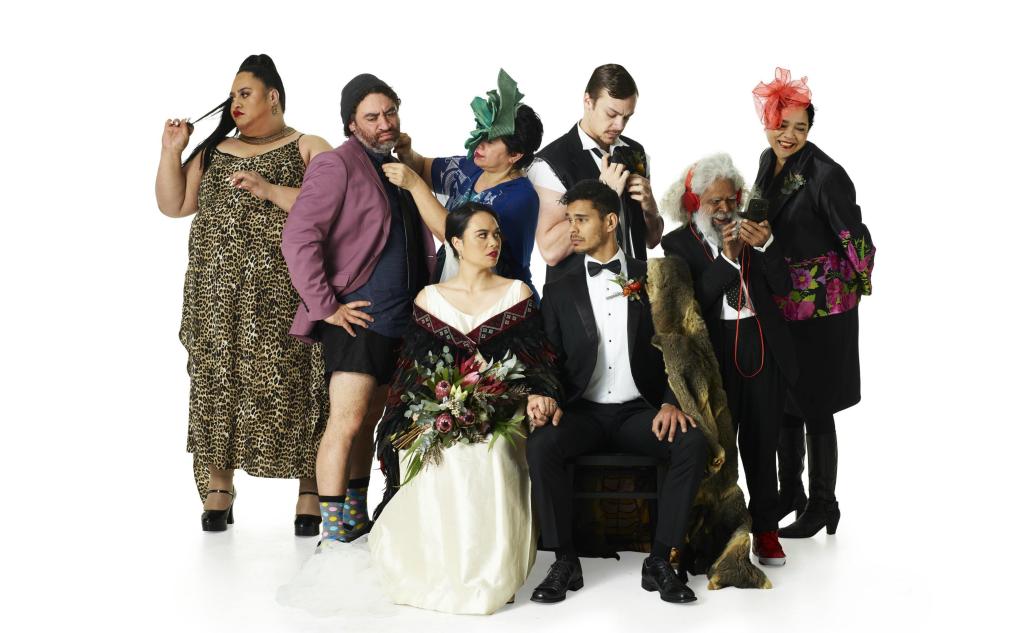 Asked about the importance of commissioning work, Enoch said: ‘It’s about supporting the small to medium sector or individual artists who have no infrastructure around them.

‘Sure, they can sometimes get small amounts of money from funding bodies, but the MFI (Major Festivals Initiative) often allows us to take greater risks. And maybe this is part of a bigger argument around the majors stepping into that environment and really helping those works to occur, but for festivals, because of our agenda and our appetite for risk … the MFI is a great environment in which shows get commissioned in lots of different ways,’ he continued.

‘The challenge we have is about the ongoing life of these shows, but that’s a whole other conversation.’

Works with a First Nations focus are once again at the heart of Enoch’s new program, including several co-commissioned productions such as Black Ties, a comedy set at the wedding reception of Māori woman Hera and Aboriginal man Kane (a collaboration between Melbourne’s ILBIJERRI Theatre Company and Aotearoa/New Zealand’s Te Rēhia Theatre); Buŋgul, a celebration of the legacy of the late Gurrumul Yunupiŋu made on Country and performed in music, dance and song; and Ensemble Theatre’s Black Cockatoo, directed by Enoch himself and telling the true story of the first Australian cricket team to ever tour England – a team comprised entirely of Aboriginal men from Victoria.

Given that 2020 also commemorates the 250th anniversary of Cook’s landing at Botany Bay, Enoch agrees that these and other festival events may be a helpful counterbalance to the rising tide of Anglo-Australian nationalism.

He also notes that it’s important to consider such occasions and what may grow out of them in addition to what they currently represent.

‘In 1988, with all of that palaver that occurred then – in fact from ‘88 through to ’93 – basically all the Indigenous infrastructure we see now came into existence. ILBIJERRI, Yirra Yaakin, Bangarra, Boomalli was just slightly before … all of these things happened, but why? Because I think there was – not an introspection through this kind of nationalism but a sense of really questioning what we are about. Not insulating ourselves in what we think we are about but actually asking real questions.

‘The Cook anniversary is a great opportunity to say, “Look, who are we as a nation?”’

A related event will see the people of Sydney invited to design and fly their own flag for the visual art installation Proclamation.

‘We’re inviting the people of Sydney to design their own flag because apparently if you fly your flag you get to own something, so the whole idea is 250 flagpoles, one for every year since Lieutenant Cook arrived here.’

On the eve of Australia Day, which continues to be a contentious date for many, Enoch has once again programmed The Vigil, a night of commemoration and a time to consider Australia’s Indigenous heritage, from dusk on 25 January until dawn on 26 January.

‘The Vigil is an important moment to mark the anniversary of the day before it all changed – not just the 26th but the 25th is important. A First Nations perspective of “This was our life before they arrived,”’ Enoch explained.

On a similar note, Jane Harrison’s play The Visitors (produced by Moogahlin Performing Arts) transports audiences back to 1788 and a pivotal moment in history. Seven senior First Nations lawmen meet on the shores of Gadigal land, as strange, tall ships dock in the bay, to debate the question: ‘Should these strangers be welcomed, or should the clans rise as one and resist?’

Seen by this writer in a rehearsed reading as part of the MTC’s Cybec Electric program in 2014, it’s a provocative, funny and necessary piece of theatre. 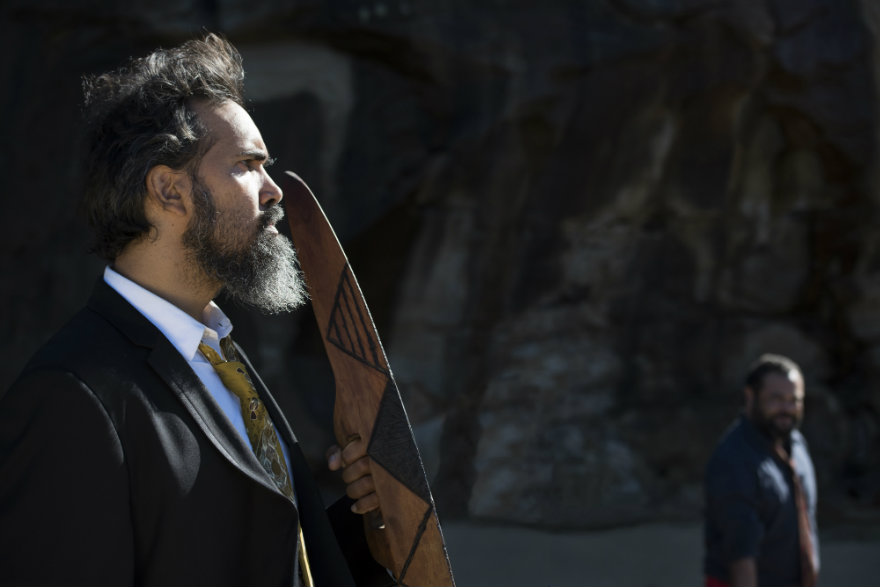 Enoch is frustrated that it’s taken so long for the play’s world premiere.

‘Sometimes I get a little bit angry that these shows that have lots of cultural power, lots of very accessible and interesting ideas, that other companies don’t pick them up. I don’t understand why a show like The Visitors can be sitting around for what – I’m going to say five years, maybe slightly longer? That it can be sitting around for all this time and people can’t see the potential of it,’ he said.

‘The great challenge for these wonderfully funded organisations, be they majors or even festivals, is to go, you know, sometimes we just have to take the risk and say yes, this can be done, it’s a very important work.

‘And The Visitors is a great premise. All of these debates around the 26th of January and here’s this play that argues it out in front of you in a witty, clever way that gives you both a First Nations – and in many ways – a non-First Nations perspective of what that history is,’ Enoch told ArtsHub.

Given Sydney’s reputation as the home of Sydney Gay and Lesbian Mardi Gras, it’s unsurprising that a number of queer-themed works feature in the 2020 Festival, ranging from a gay magician and a queer country music phenomenon, through to a mini-festival for rainbow families and the return of groundbreaking cabaret star Betty Blokk-Buster, resurrected for for a new generation.

Other facets of the city are also explored in the program, including a renewed focus on Western Sydney. But unlike Enoch’s earlier Sydney Festivals, which focused on staging circus productions in Western Sydney – to the point where the area was becoming a circus city – this year’s program has skewed quite differently.

‘We’ve been talking to more artists in the West and in Parramatta in particular and they’re saying, “Yeah, circus is great” – and we’ll have more circus there in 2021 – but they’re saying, “We want our voices heard.” So there’s a lot more focus on Western Sydney artists and work coming from Western Sydney in the Festival this year than there is on buying in things.’

This focus on what Sydney wants, and what Sydney needs, reflects the nature of Enoch’s program as a whole.

‘If you see it at its broadest terms it’s about diversity and about the program reflecting the diversity of Sydney. The queer audiences, the Aboriginal audiences and the people who are interested in First Nations, the people from different cultures and backgrounds, families, the people that love classical music – we’ve got something for everyone, literally. It’s all there,’ Enoch said.