And Then You Go – The Vali Myers Project is premiering at the 2022 Adelaide Cabaret Festival.
Richard Watts 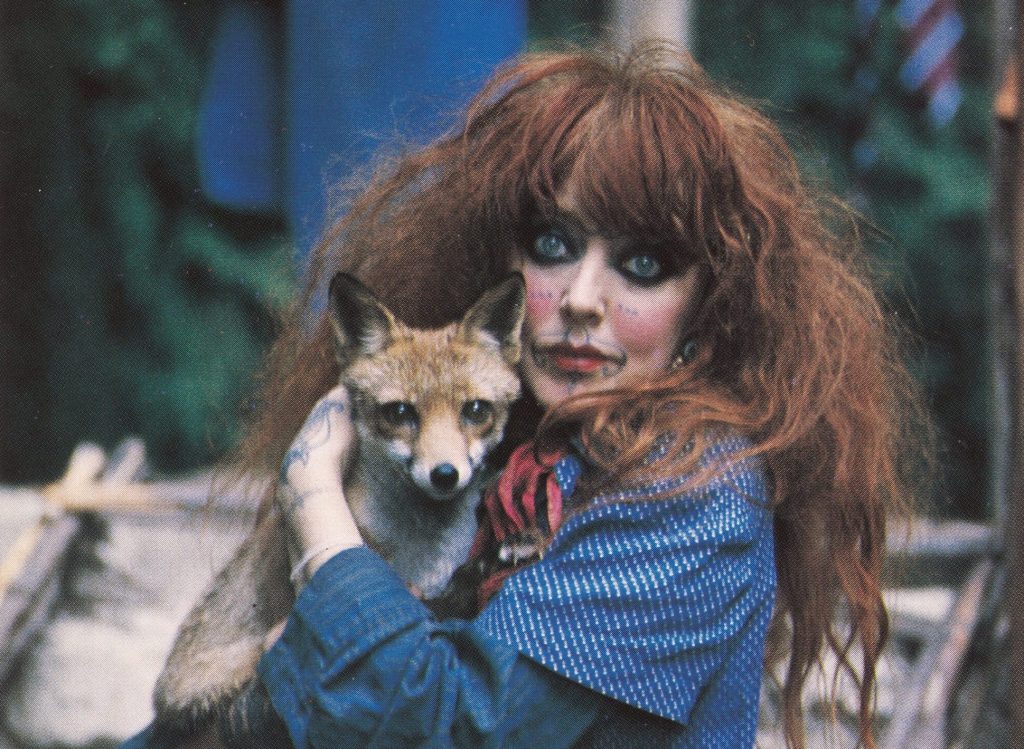 Vali Myers lived her life ‘authentically, with no fucks given’. Image: ‘Vali and her Fox’ (detail) by Rudi Rappold, 1972, reproduced courtesy of State Library of Victoria.

Flame-haired, kohl-eyed and fearlessly independent in both art and life, the Australian artist Vali Myers cut a swathe through global counter-culture like few others.

Having moved out of her parent’s home in suburban Box Hill in 1944, aged 14, Myers relocated to St Kilda, where she supported herself by working in factories and as an artist’s model. By 17 she was the leading dancer of the Melbourne Modern Ballet Company – though conservative 1940’s Melbourne quickly proved too small and far too restrictive for her.

After relocating to Paris in 1950, aged 20, Myers fell in with a bohemian crowd whose members included Django Reinhardt, Jean Genet and Salvador Dalí; the ‘restless, confused, vice-enthralled demimonde that populated certain cafés on the Left Bank,’ according to the Paris Review’s George Plimpton in 1958. Soon Italy beckoned, and later New York in the 1970s, where Andy Warhol suggested Myers sell prints of her carefully hand-drawn works rather than the originals themselves.

Vali Myers died in 2003, having been diagnosed with stomach cancer the previous year, but her spirit lives on in a new cabaret production premiering this week at the Adelaide Cabaret Festival.

‘My story is the same as so many other people who find out about Vali and are instantly entranced and obsessed by her – by her story, the way she decided to live her life, and her art, which was completely outsider art then and still kind of is today. By her amazing ability to live so authentically, with no fucks given,’ said Victoria Falconer, whose new production And Then You Go – The Vali Myers Project opens in Adelaide tonight (Friday 24 June).

Falconer, a composer, performer, musical director and multi-instrumentalist, cut her teeth on the cabaret scene in Australia and the UK, working on the Fringe circuit before going on to work on larger-scale productions, including Darlinghurst Theatre Company’s acclaimed production of Once the Musical.

The life of Vali Myers is perfectly suited to a show that connects the fringe with the mainstage, she said.

‘It makes sense to use all of the different performance genres that I love and with the overarching genre being cabaret, because I feel like cabaret can encompass everything. It’s the best way of telling a story like this that is so unique and so “extra,” in the common parlance,’ Falconer laughed.

‘There are no boundaries [in cabaret]. You can tell your story as literally or as figuratively, as vaguely or specifically as you like. And I think what I really wanted to capture with Vali’s story is the energy – the energy of her as a person, because the people who met her – and I’m not one of them – could not stop talking about her energy and what it was like to be in her presence.’

The art of intimacy

Cabaret is an artform concerned with connection and intimacy, which Falconer says are absolutely necessary when evoking Myers’ life and vitality.

‘It’s all about being in an intimate space with somebody, and from all accounts of Vali holding court in various studios and rooms around the world, being in her presence was like being part of a cabaret show. But I still wanted to be able to heighten parts of the story by using circus and theatrical elements and lots and lots and lots of music – like, really out there experimental music but also familiar music too. So that’s what we’re bringing together for this show.’

Rather than attempting to create a biopic about Myers, Falconer and her collaborators – including movement director Erin Fowler, puppetry designer Aidan Min, music director Jarrad Payne, circus artist Jess Love and singer-dancer Parvyn Kaur Singh – have striven to create something much less chronological and more impressionistic.

‘This is a way of exploring Vali’s life and a lot of the themes around being an artist and creating art – knowing that you have an audience, and that push and pull of working for an audience, but also knowing that you need to work for yourself … It’s an exploration of all that rather than a blow-by-blow account of her life itself.’

And Then You Go – The Vali Myers Project has been supported through the Frank Ford Commissioning Award, the legacy of Adelaide Cabaret Festival founder Frank Ford. Falconer said that the production would have been impossible to stage without the award’s support.

‘Quite simply, I wouldn’t have been able to do this without the Frank Ford Commission. It is the whole impetus for me finally being able to bring something to the stage that I think honours not only Vali and the story that I wanted to tell, but also the breadth of the idea and the ambition of the project that I wanted to put out there,’ she said.

‘We have six performers and three musicians on stage. And I live in a cabaret world where you can literally do it on a shoestring, and that’s not always a good thing. Sometimes it’s great to have those parameters and sometimes it means that we’re just making do with what we can get.

‘I guess it’s kind of like Vali’s story. Like, she would go and be amongst people to hustle her paintings so that she could come back and feed her animals. And we’re doing the same. We’re hustling where we can so that we can put out the art that we want, because we know that the world needs this kind of healing right now,’ Falconer said.

And Then You Go – The Vali Myers Project is being performed on 24-25 June as part of Adelaide Cabaret Festival.