Dancing with robots and art in the bath: Melbourne Fringe embraces discovery 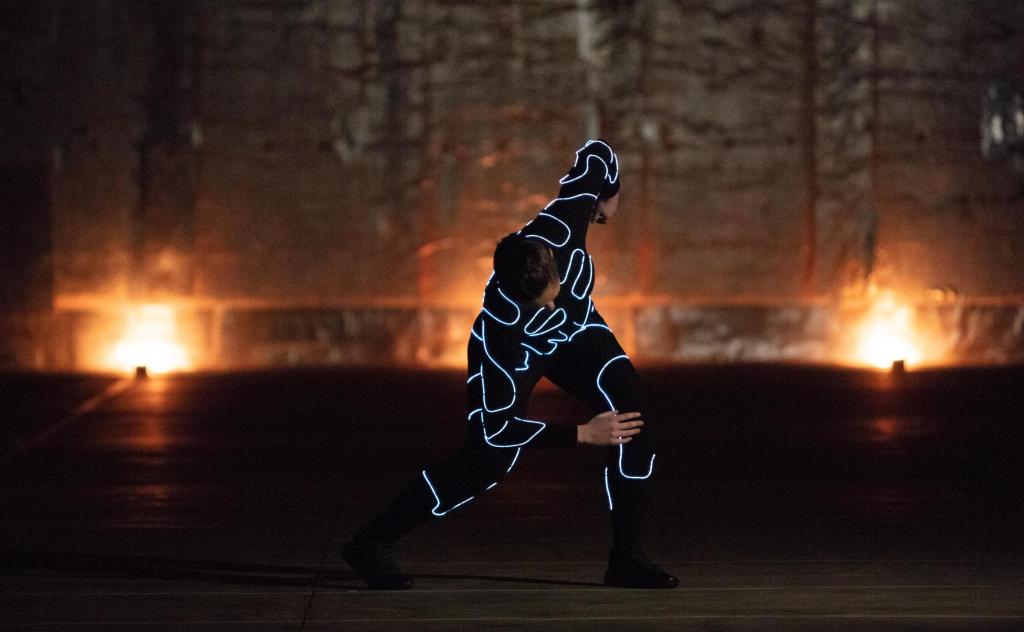 Jacqui Maida’s I Wish I Was A Droid at Melbourne Fringe Festival 2020. Image supplied.

The Melbourne Fringe team have designed and redesigned multiple potential iterations of their annual festival in recent months, all the while dealing with the constant changes and challenges of COVID.

‘I think – I think – it was 16 different versions [of the festival] that we have created and thrown out,’ said Simon Abrahams, Creative Director and CEO of Melbourne Fringe.

Usually held in late September and early October, this year’s festival was pushed back to November, in the hope that a program of predominantly physical works could still be presented despite pandemic-required restrictions around public gatherings.

‘Traditionally, it is a festival that has a lot of theatre work, a lot of people sitting down in inside spaces, watching shows, going to galleries, doing things that maybe aren’t allowed at this moment in time,’ explained Abrahams.

While Melbourne has now emerged from the country’s longest lockdown, large physical gatherings are still impossible. Instead, the artists participating in this year’s Fringe have adapted their creative processes in order to present work in ways that still allows for intimacy while also remaining COVID-safe.

‘We have telephone art: one-on-one performances that happen over the phone or via text message. There’s home-delivered art – you might order a ticket and a box arrives in your house and you open it and something happens … There’s art that happens in your bath, in your bed, in all sorts of places, as well as work outside,’ Abrahams explained.

‘There’s art that happens in your bath, in your bed, in all sorts of places…’

‘We’ve got work on billboards, in shop windows, behind glass. There’s one work in someone’s back garden, there’s one work outdoors at the Abbotsford Convent. And the cool thing is that there’s a lot of work that is broadcast, streamed, it’s on Zoom, it’s on our digital platform that we built especially for the festival that you can stream to your TV.

‘There’s every kind of possible art that you can imagine, and in really new and interesting and really diverse, unique ways,’ he said.

Read: How to put on a festival from the comfort of your home

‘A huge part of why we decided to run VCR Fest, which was our first digital festival, was to experiment, to work things out, to test ideas … and now, of course, all those technical things are sorted out to ensure a really smooth customer experience,’ said Abrahams.

While more than 80% of artists participating in the festival are from Melbourne, the digital nature of this year’s Melbourne Fringe Festival will also enable a significant number of international performers – including a major focus on Taiwan – to present their work to Australian audiences without ever leaving their homes.

‘There’s an artist who is a dancing a duet with their robotic vacuum cleaner. There’s an artist who is undertaking a series of dates, where you each make cocktails on either side of the Zoom call. There’s a work that is about the death of magic and the illusion that takes place online – there’s lots of interesting work from Taiwan. There’s also work from Singapore, from the States and the UK,’ Abrahams said.

‘It’s enabled a bunch of really amazing artists to be able to distribute their work to new audiences in new ways through online means – and actually, not just online. There’s a really interesting work called Project Intimacy that comes from the UK that is via text message; the whole show happens via text message. So there’s artists that are really thinking differently and experimenting and trying new forms.’

‘It’s enabled a bunch of really amazing artists to be able to distribute their work to new audiences in new ways through online means.’

That concept of experimentation, of embracing new forms, new ideas and the risks that accompany them, is absolutely central to Melbourne Fringe as a whole.

‘It is absolutely a celebration of people at the margins, of new perspectives, of new ideas, but I know for me, Fringe also means freedom,’ Abrahams said.

‘Because we’re an open access festival, that means anyone can register their event, so it’s also about representing what Melbourne’s people, Melbourne’s artists, have to say right now.

‘And obviously in 2020, the year that it’s been, they’ve got lots of things to say, but it is definitely about discovery, I think – about discovering new ideas and new artists and new art forms, and kind of pushing your own boundaries to go somewhere new and interesting as well.’