A new ‘policy imaginary’ for Australian art and culture 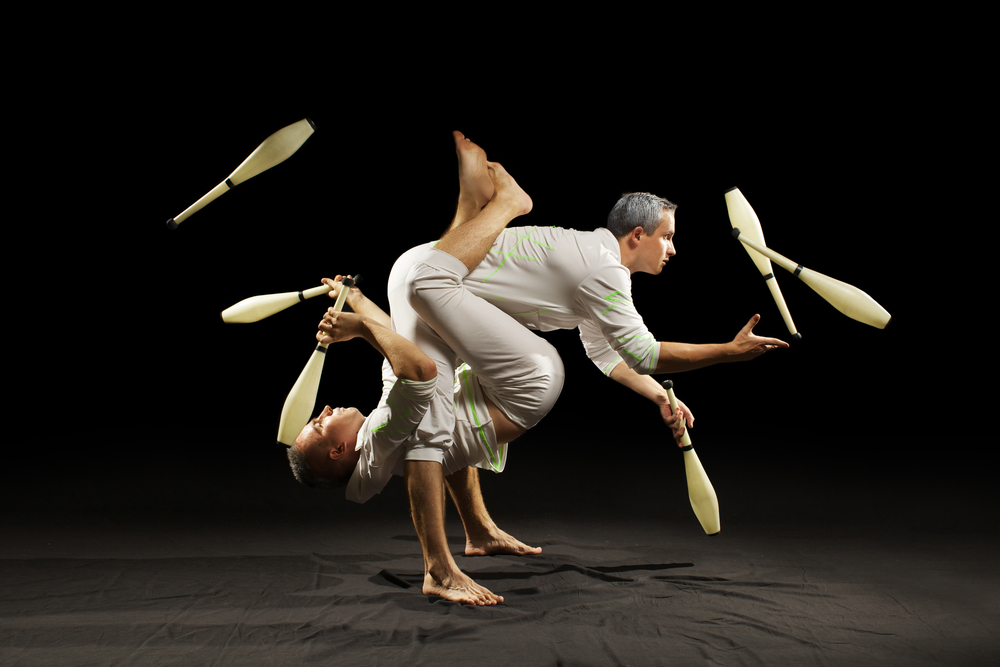 Has juggling the conflicting needs of the market and creativity run its course? Image: Shutterstock.

How does art and culture get out of the mess it is undoubtedly in? In April, a Discussion Paper by the now-defunct Australian Major Performing Arts Group suggested that our cultural policy settings are outdated, and a new peak body is required to provide the sector with ‘clear, measurable targets’. We responded that doubling down on culture as an ‘industry’ will only exacerbate the root problems.

A new report from the Australia Institute, Creativity in Crisis, by Alison Pennington and Ben Eltham, lends credence to our diagnosis. It notes the precipitous drop-off in federal support for the sector, the slow strangulation of the Australia Council and ABC, and the egregious failure to set meaningful quotas for local production. Australia is a net importer of cultural content, accelerated by the concentration of digital media ownership, with deleterious effects for Australian artists. The report details the grim reality of cultural work today: its chronic insecurity, its falling incomes, the ever-more frenetic competition, and the decline of job opportunities in many key areas.

Pennington and Eltham lay responsibility not on individual ministers, but on the ‘market-first’ economic ideas that have been baked into Australia’s policy environment since the 1980s. Framing the arts as ‘commercially viable’ and parsing its benefits in terms of economic impact has run its course. We should return to ‘culture as a public good: affordable, accessible and participatory’.

Read: New report calls for ‘public-led reboot’ to save arts sector after COVID

Creativity in Crisis argues that Australia needs an ambitious, sustained, public sector-led reboot, with ‘large fiscal investments to help rebuild skills, jobs and incomes in the cultural sector, long-term funding for arts organisations and artists, wage subsidies, intervention in cultural regulations, and a holistic plan for culture across the nation’. It outlines nine key reforms which we wholeheartedly support. They are solid policy proposals to help the sector flourish, not quick-hit ‘measurable deliverables’ proffered to distracted politicians in the hope of an ad hoc funding boost.

Some of the report’s recommendations are clear and self-contained, such as a new program of 300 Creative Fellowships. Others are more complex and may run up against vested interests and labour market regulations. The proposals are more than a shopping list, however. Moving away from market-first policies towards ‘culture as a public good’ signals a fundamental shift in policy direction. But there is a problem. A Grattan Institute report released this month shows that Australian policymaking is in ‘grid-lock’. Short-term thinking, a cowed public service, over-politicised ministerial advisors, and fear of adverse polling, has given us governments incapable of undertaking reform in even headline areas. So what chance a public policy-led reboot of art and culture?

The situation will not be solved by administrative tweaks, or another truckload of diffuse data on culture’s economic contribution. The program proposed by Creativity in Crisis entails nothing less than a systemic transformation of policy settings across health, education, and social services infrastructure – public goods that have also been subject to cult-like market-first principles. But art and culture’s problems run deeper. Their default framing is of sovereign consumers making purely personal choices in idealised free markets. Regulation is light touch for an ‘industry’ whose primary goal is ‘growth’. Current policy settings are dedicated to this end. Public funding for art, when it’s available, is justified as R&D (‘the benefits of creativity’), skills training for commercial operations, and the odd case of ‘market failure’.

The first problem the cultural sector faces is over-hauling this language. Twenty-five years of market-first blather have installed corporate values at the centre of many of our cultural institutions. Representatives from mining, finance, and corporate law dominate governing boards and trusts (where are the artists on the boards of our banks?). What began as an appropriation of economic terms to get funding leverage has ended as the only way we can describe cultural activity. Terms like ‘public provision’ are now suspect. They imply inefficient, mendicant, the last resort of the loser.

The sector must re-learn the language of the public good, and speak of citizens not taxpayers, publics not price-points. It must front-load concepts it hasn’t seriously engaged with for 40 years: planning, regulation, participation, and diversity not as ‘audience segmentation’ but as part of a foundation for the public provision of culture. As Julianne Schultz recently argued, what’s needed is not just new policy settings, but an entirely new policy imagination.

The sector must re-learn the language of the public good, and speak of citizens not taxpayers, publics not price-points.

What does the public good mean in 2021? We cannot snap-back to the growth-in-all-directions of the 1970s. That world is gone. We have to move away from industrial growth to growth in welfare services, education and health. Development economist Kate Raworth’s ‘doughnut economics’ points to the social foundations we need to live within sustainable planetary resources. In the US, Joe Biden is pushing towards a Green New Deal, and so is the EU. China has declared its commitment to a net zero emissions target. All of these come with big investments in social infrastructure. Where is culture in this transformation? How can we set culture within a sustainable economic framework built around real needs and public services? These are big questions. It is time to ask them.

CREATING POSSIBILITIES: WHAT TO DO?

A new ‘policy imaginary’ for art and culture would embrace the challenge that the radical reset required to see them flourish as a public good are part of the systemic transformation needed to sustain life on this planet.

We would begin by restoring a language of public value that puts arts and culture at the heart of a healthy, diverse and inclusive democracy.

We would promote co-operatives, freelance collectives, and new platforms for a digital public sphere; organisational forms adapted to the contemporary realities of the sector.

Off the back of JobKeeper and JobSeeker, we would explore how universal basic income and job guarantee schemes might work for cultural practitioners. Universal basic services would make arts and culture accessible to all citizens in their local areas. Moving creative venues away from the sterile task of boosting real estate rental yields, towards the substantive needs of art and culture is crucial to sustainable urban planning.

In governance, a key step is adequately funding the ABC, rethinking its public mandate for a new era rather than accepting its demise at the hands of market forces. Likewise, we need a reinvigorated Australia Council as the democratic provider of arts and culture, serving its function through arms-length, peer review processes. We should return to practices of organisational accountability that respect artform expertise and don’t ensconce mining, financial and legal sector voices as more authoritative. We should invest in research capacity for both governments and cultural institutions, and provide structures for making sectoral voices heard within policymaking processes, like any independent public service.

Some will object that these systemic challenges fall outside the cultural realm, and should be left to politicians, economists, and scientists. But what is culture if not an attempt to make sense of the present and imagine a better future, Arundhati Roy’s portal between one world and the next? Part of that involves the work of artists and writers, filmmakers and theatre directors, musicians and game coders. Another part involves those who think about public policy. Today, there is much talk of leadership vision. What we need right now, however, is a way to imagine new possibilities together. The Australian cultural sector must disinter concepts too long stored in the attic. How are we to make and share art and culture as part of the public good in a post-growth world? That’s a tough one to answer. It involves a fundamental shift in perspective and the construction of wholly new ‘policy imaginary’. We need to start now.

Dr Tully Barnett is a Senior Lecturer in Creative Industries at Flinders University, and an ARC DECRA fellow for a project on Digitisation and the Immersive Reading Experience. She is a Chief Investigator on the second Laboratory Adelaide: The Value of Culture project with Julian Meyrick and Robert Phiddian, with whom she is co-author of What Matters? Talking Value in Australian Culture (2018), investigating the way value is understood through formal and informal reporting practices. She is the Deputy Director of Assemblage Centre for Creative Arts. 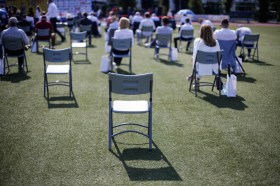