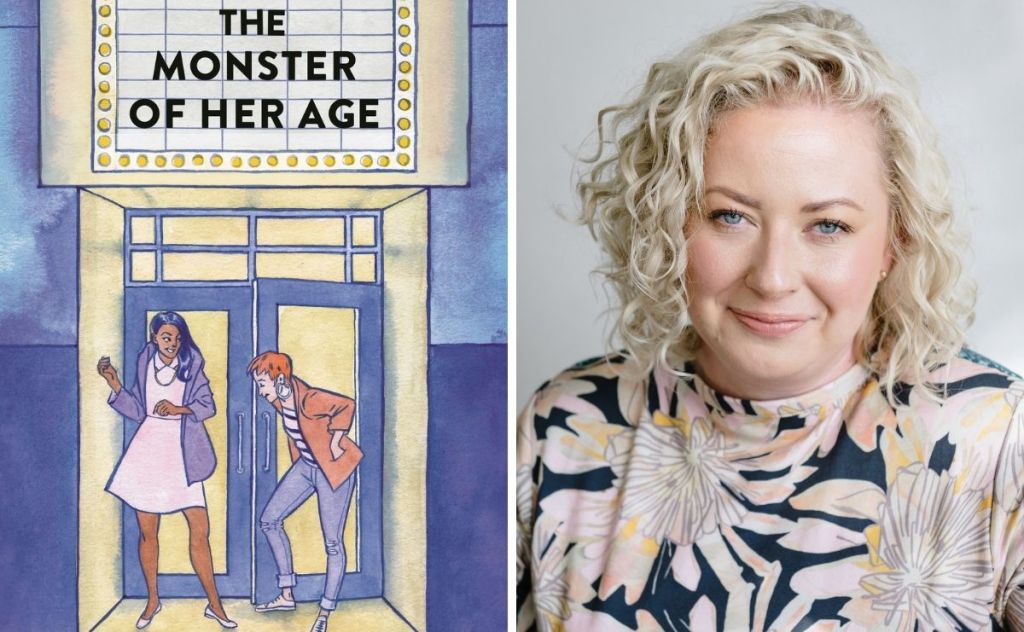 The Monster of Her Age is the brilliant new young adult novel from Danielle Binks. A story of love, loss, family and film, it follows a young girl on the precipice of adulthood as she learns to navigate her family dynasty. As a child, Ellie Marsden starred as the monster in the Australian horror hit Blood & Jacaranda, an experience which traumatised her but simultaneously skyrocketed her grandmother Lottie Lovinger back into the limelight. Now 17-years-old, Ellie has spent the last three years at boarding school in Melbourne, hiding from the legacy of her famous family. But after Lottie has a stroke, Ellie returns to Hobart and begins to consider if she can forgive the hurt that Lottie has caused.

Ellie is a captivating protagonist accompanied by a compelling cast of supporting characters in this extraordinary page-turner. As Lottie lies in her hospital bed while the Turner Classic Movies channel plays, we meet Ellie’s extended family, including her theatre powerhouse mother, medical student cousin Yael and Lottie’s second husband Poe. Binks does a great job of capturing the complex dynamics of an extended family, particularly given their state of organised chaos. As Lottie is on end-of-life care, all Ellie and her family can do is sit with her in the hospital as they slowly approach Lottie’s last day.

The Monster of Her Age echoes the work of Mary Shelley, creator of science fiction and horror when she was a teenager. Having pulled back from her family’s love of film, Ellie is reintroduced to the joy of the horror genre when she meets Riya, a young film buff who runs a feminist horror film club in Hobart. Riya’s infectious enthusiasm for horror movies easily rubs off on Ellie as they get to know each other. Ellie starts to let herself fall in love with film again, and, maybe, Riya as well.

Even though The Monster of Her Age is a contemporary novel set in modern day Australia, Binks has built an incredibly reimagined version of the Australian film landscape. While the story is set in the real world, it exists in its own alternate yet parallel timeline where Australia has been making movies with the same enthusiasm as Hollywood. This setting allows Ellie to be a reluctant member of the legendary Lottinger acting dynasty based out of a neo-Gothic Hobart mansion littered with props and statuettes.

The Monster of Her Age may be a novel, but the descriptions of Lottie’s starring roles are enthralling and enticing. Binks expertly translates the feeling of watching a mesmerising film to the static pages of a book. Lottie Lovinger may be a fictional star, but we feel the enormity of her career and presence in the Australian film industry.

Australian readers will find comfort in the familiarity of the local references: Ellie meets her grandmother at the Hopetoun Tea Rooms, Lottie filmed one of her star roles at Ripponlea, Riya works at the State Cinema in Hobart and Ellie browses through Dymocks to find a copy of Frankenstein. This is a true hallmark of #LoveOzYA fiction and Binks certainly does it well.

The Monster of Her Age is an instant classic full of heartfelt moments, emotional insight and charming characters set in a unique and memorable world. 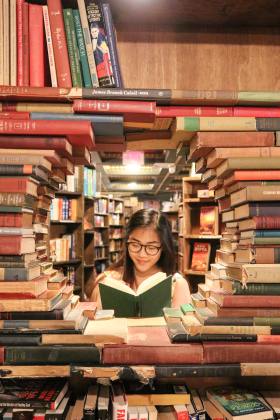