Lisa Havilah on programming for the future

Climate change innovation. Studio ceramics. Eucalyptus. Persian artefacts. Diversity is the key to Powerhouse’s 2021 program, as it steps into the first stages of its Renewal Project.
Gina Fairley 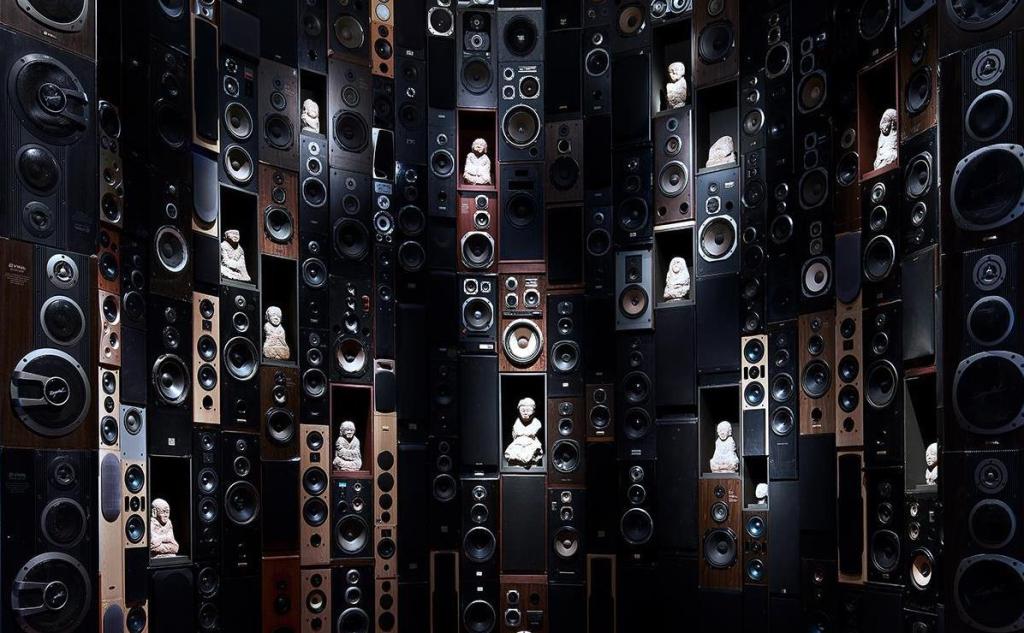 When you are armed with more than half a million objects in your collection, one might imagine it’s easy to whip up an exhibition program, but it is that same mosh of ideas, histories and mediums that requires discerning navigation.

Mapped out over 12 exhibitions, the Powerhouse offers everything from cutting-edge innovation and refined and ancient cultures, to earthy hands-on making in 2021 – a program that connects with the institution’s past as well as its future.

Lisa Havilah, Powerhouse Chief Executive told Artshub: ‘I think that vision of diversity is something distinct to Powerhouse Museum and its collections – which take an almost encyclopedic reading of the applied arts and sciences.

‘We want to tell the untold stories within our collection and engage our communities with contemporary ideas and issues,’ she continued.

‘We bring that forward in our 2021 program, especially as we move towards the next stage of the Renewal Project for the Museum.’

That savvy use of the collection, seesawing between past and present, is perhaps best played out in the large-scale immersive exhibition, Eucalyptusdom, opening 25 June.

Drawing on the Powerhouse’s collection of timber samples, it showcases a kaleidoscope of narratives, ranging from colonial economic pursuit and the Federation arts and crafts movement, to Indigenous knowledge and contemporary climate change in the aftermath of the 2020 megafires.

The Museum has commissioned artists to respond to the collection and work alongside scientists and Indigenous knowledge holders.

‘There is nothing more contemporary than that un-siloed collaboration, whether to innovate around science and technology, or new contemporary practice,’ Havilah said.

Climate is also the topic of 100 Conversations, an evolving two-year project that opens 11 June and which will archive the ways leading Australian innovators adjust in response to climate change.

‘We will present one conversation a week for two years to make visible the work people are doing,’ said Havilah.

‘The Museum has had a long connection with innovators and industry, and with 100 Conversations we have looked at what we can contribute as a museum to connecting our audiences with the innovative ways Australians are activity responding.’ 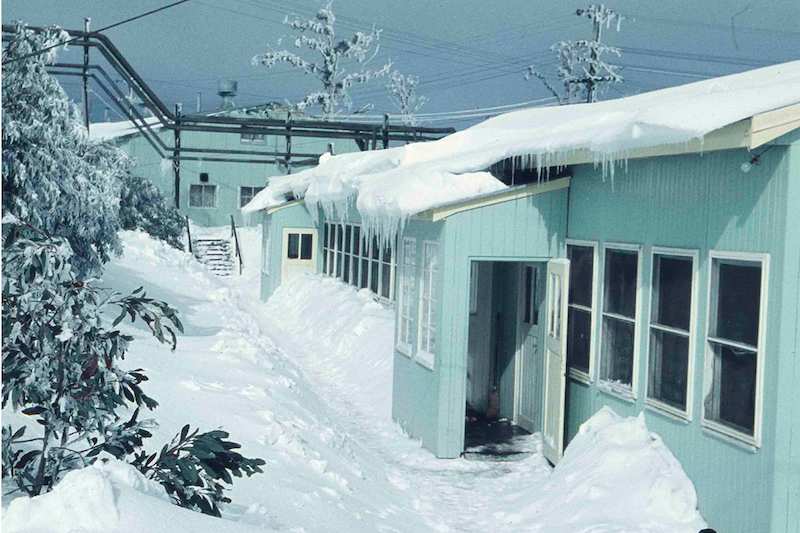 FROM A LIVING ARCHIVE TO ACTIVATING HISTORIC ARCHIVES

Archiving the issues of the day is not just a contemporary idea.

‘There is active reckoning across our histories and how works within museum collections are presented – whose voice is prefaced, and who is given that space. We are very open to those conversations,’ said Havilah.

That re-presenting of history and voices is captured in a photographic exhibition opening on 9 February by Turkish Cypriot migrant Bayram Ali, whose images examine Australia’s Snowy Mountains Hydro-Electric Scheme.

‘Technology fused with creativity have an innate intersection, and this is something we are really interested in as an institution – to [flesh out] those narratives for our audiences,’ Havilah said.

Similarly, the portraits and social photographs of Robert Rosen map out over two decades of shifting identity, social history and notions of belonging and place in the exhibition Glitterati: 20 years of Social Photography, opening 6 August.

‘We want to make sure we collect, and protect – in terms of our broader histories and archive – these incredible stories, and to reanimate and reengage them in new ways; this is critical for the collection to have life and be interpreted around new thinking,’ Havilah said. 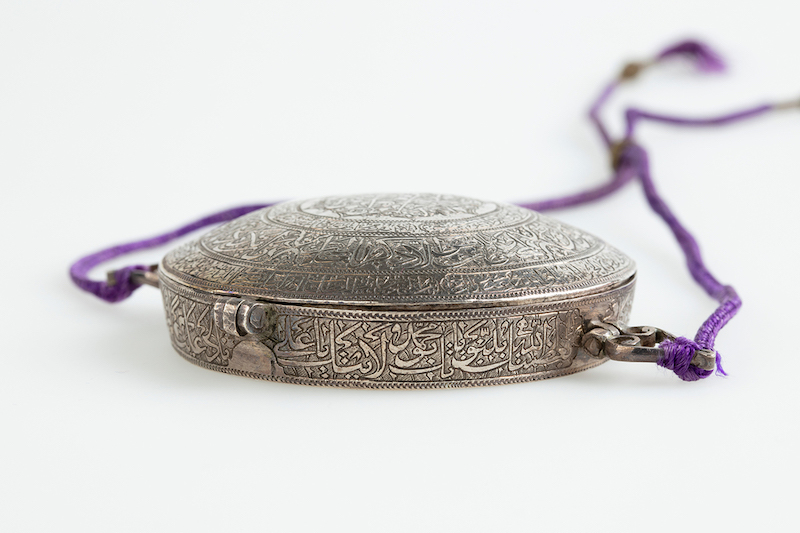 AN ANCHOR POINT TO THE LOCAL, FROM PAST TO FUTURE

Havilah said audiences will see a lot of change and renewal at the Powerhouse in 2021.

Exhibitions such as Iranzamin: Highlights from the Persian Collection and Five Hundred Arhats forge a strong pathway with Greater Sydney and the Museum’s future location, speaking to the broadest demographic.

‘This is really critical, and one of the things central to our Renewal Project, to embed diversity in to what we do, not only in how we program but who that program is for, and to reflect the changing nature of Western Sydney, but also NSW and Australia,’ Havilah told ArtsHub.

‘We want to refocus on exhibition-making as an institution, and to allow our audience to have this direct unmediated relationship with objects,’ she added.

Iranzamin will explore the stories behind rarely seen objects collected since the 1850s, shedding light on the diverse social and cultural history of Persia and its people. It opens on 19 March 2021, coinciding with Nowrouz, the Persian New Year.

The exhibition also examines how objects inspired by traditional arts and crafts used in Persian society influenced the creation of work by Australian designers such as Florence Broadhurst.

Five Hundred Arhats wraps up the year with a collection of 500-year old human shaped stones – or arhats – discovered among the ruins of Changnyeongsa Temple in Gangwon-do Province Korea, in 2001.

This exhibition, the museum explains, provides a poignant reminder that each and every one of us is a noble being with the potential to attain enlightenment.

It is paired with an immersive installation by artist Kim Seung Young: a 700 speaker soundscape with arhats (pictured top).

‘To be light and flexible, to respond to and engage with the changing nature of the world, that push and pull – those two things creates a tension and also creates a great exhibition,’ said Havilah.

Objects are also the basis for the exhibition Clay Dynasty, opening 28 May, which draws together over 400 pieces from the Powerhouse’s significant ceramics collection. It celebrates 50 years of studio ceramics in Australia, from the studio pottery of the late 1960s to contemporary works and is further fleshed out with 20 new commissions.

Havilah says the science aspect, or intersection of applied technology and science, is key to the Powerhouse.

‘Without technology, we wouldn’t have had a whole suite of music composed on electric keyboards, for example,’ said Havilah.

Electric Keys (opening 2 July) looks at electric keyboards from the 1950s onwards and their impact on shaping music in the second half of the 20th Century, while innovation charts a different road with the exhibition Microcars, opening 11 June.

It draws together unique tiny cars from pre- and post-WWII across Europe, Japan, the UK and Australia – a history that sheds new light on the current resurgence of electric and hybrid microcars and the damaging impact internal combustion engine vehicles are having on our world.

In November, The Invisible Revealed explores nuclear technologies, revealing stories that are not visible on the surface by scanning objects from the Powerhouse’s collection.

Havilah said of the program: ‘This program is a return to exhibition making, engaging with our collection and amplifying community stories. We want to shift the hierarchies of where a museum sits within its communities, to be a small ‘m’ museum that has collaboration at its core