'Even so quickly may one catch the plague?' Love is a virus in this independent production of Shakespeare’s Twelfth Night, in which roles are assigned based on the toss of a coin.
Helen Hopcroft 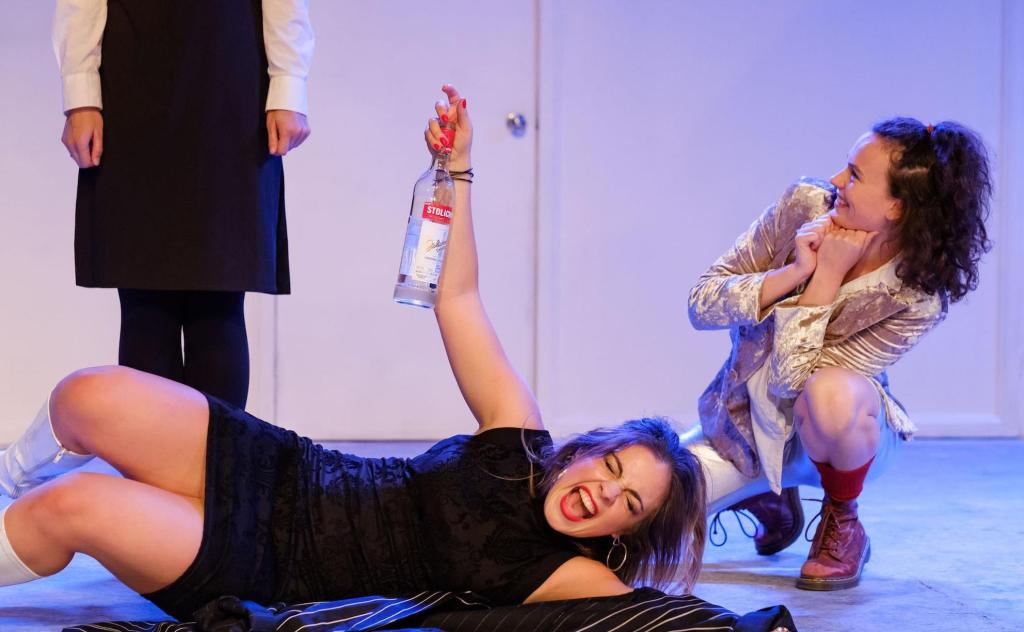 A 400-year-old play speaks of falling in love as if it is a disease, as we sit apart from one another in a darkened Sydney theatre, wearing masks. It’s an oddly poignant moment that underscores the play’s whimsical flicking of gender roles and preoccupation with twinning, doubling, intertwined fates. Only the most hardcore of theatre producers and audiences will be out in this COVID summer, seeing an experimental take on an old work, yet this small theatre in Newtown is full, or at least as full as it can be in the circumstances.

I’ve chosen to review this piece partly because I’ve seen director Victor Kalka’s previous work, and partly in acknowledgement of the tremendous perseverance shown by everyone involved with live theatre in the present moment.

Written in the early 1600s, Shakespeare’s Twelfth Night, or What You Will tells the story of a tragic shipwreck that separates twin siblings, Viola and Sebastian. Each is convinced that the other has perished at sea. Disguised as a young man, Viola enters the service of Duke Orsino, who employs her to woe a grieving Olivia, a young woman who has recently lost her father and brother. ‘What a plague means my niece, to take the death of her brother thus?’ asks Olivia’s debauched uncle, Sir Toby Belch, as Olivia continues to repel the Duke’s advances.

It is the eloquent Viola, embellishing the Duke’s messages of love, who manages to win Olivia’s heart. ‘Even so quickly may one catch the plague?’ wonders Viola, astonished by Olivia’s sudden passion for her male persona. And so begins a dance of unrequited love, where characters flicker between playing themselves and other people until fate finally intervenes to bring the twins and their respective lovers together. ‘Journeys end in lovers meeting,’ quips Feste, Olivia’s jester, an idiot savant figure played by Michael Smith. 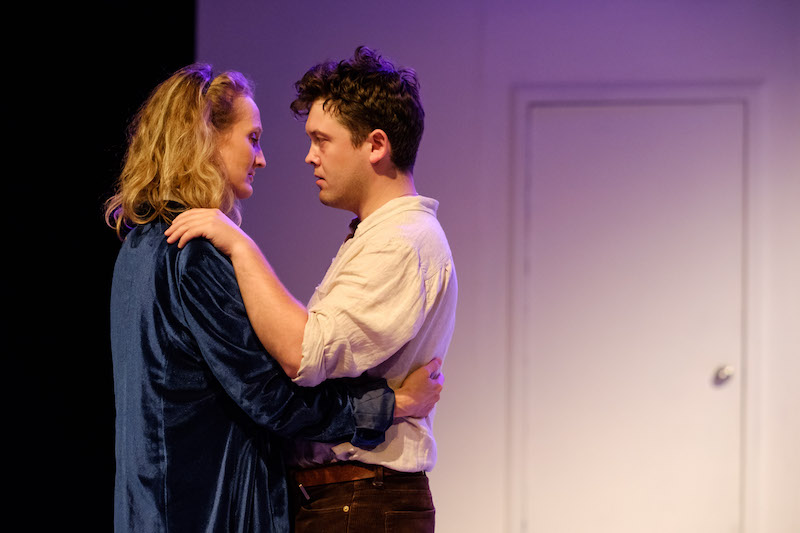 One of the intriguing features of Kalka’s Twelfth Night is an idea borrowed from a Tasmanian theatre company, Loud Mouth Theatre. At the beginning of the performance, the 12 actors arranged themselves in two lines on stage and each pair flicked a coin. The outcome of the coin toss decided which of two characters that actor would play that evening. On the night I attended, Eleni Cassimatis played Sir Toby Belch, Zac Bush became Viola and Lucy Ross was Malvolio, yet there are clearly a large number of possible variations and each performance will be unique. The reliance on a coin toss celebrates the versatility of an ensemble cast, doubles down on the play’s preoccupation with dualities and chance, yet also speaks to the destabilisation of the contemporary moment.

There’s much to enjoy in this production of Twelfth Night, produced by Kalka’s company Virginia Plain in association with New Theatre. A contemporary production of a much loved rom com, it foregrounds gender fluidity and diverse casting while playfully integrating modern technology: for example, a drunken Sir Toby Belch manages to set off the burglar alarm three times during his carousing.

There’s much to enjoy in this production of Twelfth Night…

Many of the actors are young, clearly passionate about their craft and working towards establishing careers in a difficult context. Technically, the Shakespearian language is generally well handled and the performance quality is sound. Eleni Cassimatis threw herself into an enjoyable portrayal of Sir Toby Belch, backed up by witty costuming that included white boots, dark glasses and a pin-striped jacket; Lucy Ross held her space beautifully in the coveted role of Olivia’s uptight steward, Malvolio; and Michael Smith moved well, communicating a sensitive yet humorous characterisation of a complex Feste.

However, this is a long production and some elements felt superfluous, experiments that were worth trying but which didn’t necessarily synthesise with the whole: the sound design was exceptional yet the song integration sometimes felt forced. And the coin toss device, while intriguing, may only really be appreciated if you view multiple performances or if it occurred during a performance.

Overall, Twelfth Night is a charming interpretation of a much loved play that is worth seeing for its versatile ensemble cast, distinctive artistic vision and oddly contemporary relevance.