The Time to Tell

As media cycles and social media mix the messages of our times, David Pledger argues that artists have a unique responsibility to telling the hard truths with stories that require reflection and depth.
David Pledger 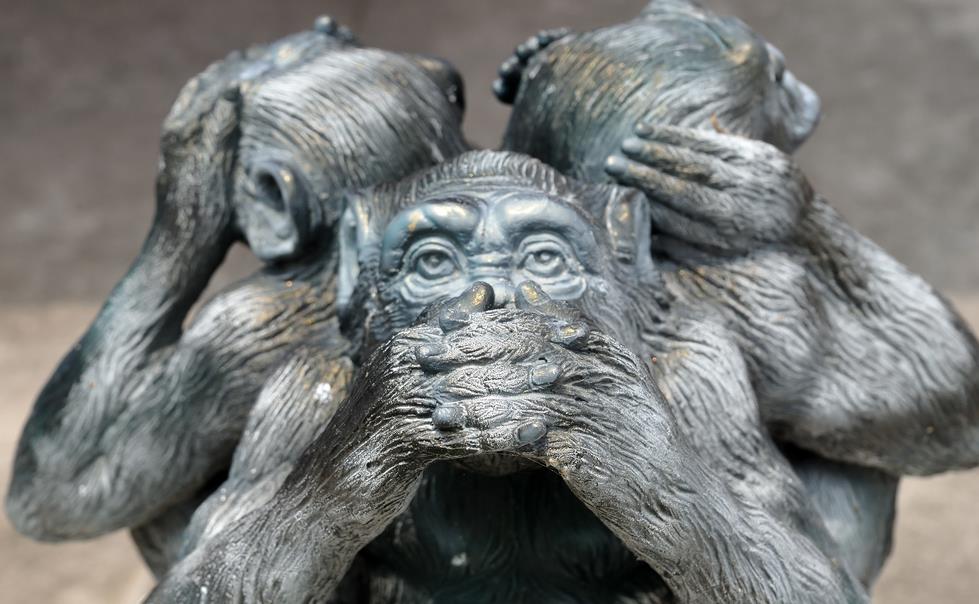 Our ability to speak may have increased but do we still hear stories? Image: Shutterstock.

If, a few years ago, you’d told the story of 2020, it would have been of the cli-fi genre, a hypothetical, highly fictive tale of climates changing, pandemics pressing and power atomising. In six months, reality has overtaken the fictive and normalised in the new Normal. Except nothing’s normal and no-one knows who’s in control of the story.

Back in 2017, I interviewed Julian Assange at a public event in Australia as he was sequestered in the Ecuadorean Embassy, London. Over the course of 82 minutes he described the conditions of living in the modern, democratic world, a story of an increasingly problematic relationship between ‘government and the people’ in which the people live under the illusion of government’s promise to protect and defend when, in fact, government is serving a set of interests that are almost exclusively private. As his extradition hearings play out in the UK, I’ve recalled the emotions in the room that day as the story unfolded, pennies collectively dropping in the audience as confusion gave way to clarity, scepticism to conviction, bemusement to horror. It was a compelling, persuasive reconfiguration of facts, values and principles that contested the dominant world view.

Assange’s narrative went further, suggesting ‘an illusory fog’ had been created to hide the fact that our governments and large corporations were no longer in control of the technology they deployed and invested in, and that this represented an existential threat. Three years ago, it seemed a bridge too far, the ‘stuff of fiction’, but it lines up almost perfectly with the story collectively told in The Social Dilemma by a bunch of insiders at Google, Twitter, Facebook, Instagram and YouTube – a counter-narrative to that of their former employers – involving the evolution of algorithms that are no longer in the control of their creators and that leverage our base instincts above our better ones for profit. According to former Google Design Ethicist, Tristan Harris, the existential threat has moved from Assange’s ‘them’, to ‘us’. Over 94 minutes, the documentary evinces a similar cocktail of responses in the viewer: fear, horror, confusion and anger.

Contesting the narrative is the sport of our times. Controlling it is an obsession.

It has been made ever more complex by social media platforms that carry a cacophony of multiple texts comprising whole-truths, half-truths, fake news and rants that have atomised the narrative, dispersing it into millions of parts for consumption and cultivation in echo-chambers, chat groups and dark web sites.

I asked Assange whether being cooped up in the one place had altered his ability to tell his own story. He said it was ‘impossible to control your narrative’ but being physically confined he felt the need to project himself out into the world and, for him, that was through social media. Those platforms did not serve him well. There were many missteps, own goals and traps set by adversaries.

The main problem is the medium.

Truth struggles to be told in sound bites, tweets and memes; they serve bullshit much better. The whistle-blowers of The Social Dilemma attest to that; the algorithm thrives on our base instincts. Unsurprisingly, Donald Trump is a master of the social medium. He holds truth in contempt.

Truth struggles to be told in sound bites, tweets and memes; they serve bullshit much better.

Time is also a casualty, more specifically, the time we devote to things, our attention-span. Reception is reduced to click, swipe and scroll and what was onscreen and in the mind a flick ago, is no longer there now. We are goldfish.

Truth needs time to be told. 94 minutes on the machinations of social media; 82 minutes on the existential threat of technology. The US Government wants to put away Assange to ensure he never has the time to tell his story again. If they can imprison him, his time will be on endless pause.

The arts are not without its own constraints. We often feel that we are on the right side of things, fighting battles against the wrong side of things. We often feel ours is the space of affect, of emotions, indeed of harnessing emotions to make a better world. The fact is that our artistic dramaturgies are beholden to a financial dramaturgy that is vested in powerful interests. Self-censorship is implicit in many of our artistic and governance relations. Climate change is a good example.

In her 2019 film, Fossil Fuels and the Arts, contemporary artist Gabrielle de Vietri brilliantly tells a story many of us refuse to listen to and deliberately turn away from: a disturbing intimacy between the arts sector and fossil-fuel producers via board representation, sponsorship and partnership arrangements. The film is only 31 minutes and features a cameo from Australia Council for the Arts Chair and former Rio Tinto CEO, Sam Walsh. It tells a tale that resonates in complexity with the counter-narratives of Harris and Assange. It is not an easy tale for a young artist to tell.

These stories stick, they contest vested interests, disrupt the status quo, seek to represent a truth that is alternative to the absolutes enshrined in triumphalist narratives. They are stories that demand our attention across time.

This is an equation that aptly describes the practice of many artists. We need our publics, readers, audiences, spectators to attend to our work in real time. What we make is hard to process and contain. How we make it is an alchemical process that challenges order with its essential elements – chaos, irrationality, incompleteness. It needs attention. It requires time. Unfashionable elements in our contemporary world.

Of the three protagonists in this story, only de Vietri is an artist although she is on a professional hiatus, pursuing a career in politics. De Vietri is of special note because of her leadership in the boycott of the 2014 Sydney Biennale, told here in 47 minutes. But there are many artists who tell difficult stories in their own time. I recently worked with novelist Claire G Coleman whose vision of an ‘Australia’ 10 years into the future is mapped through the conquest of white supremacy spoken in a tick over 15 minutes.

There’s performance artist Casey Jenkins who announced recently on her FB page that the grant for her self-insemination performance, IMMACULATE – which can take up to 30 minutes – has been rescinded by the Australia Council for the Arts. There’s visual artist Baiducao whose 2020 exhibition titled Made in Hong Kong, Banned In China was shown in Australia 18 months after being made in Hong Kong and banned in China.

The world is re-calibrating its matter, direction and values at an exponential rate. It is the task of artists to bend time so that new and alternative narratives can be drawn and attended to, despite the fear and favour meted out by authority. It is also time that we defend each other for doing so.

Art in real time is the most transgressive of contemporary experiences.