Robbie Arnott paints an evocative landscape of blues and greens in this enigmatic fable of nature’s relationship to mankind.
Georgia Brough 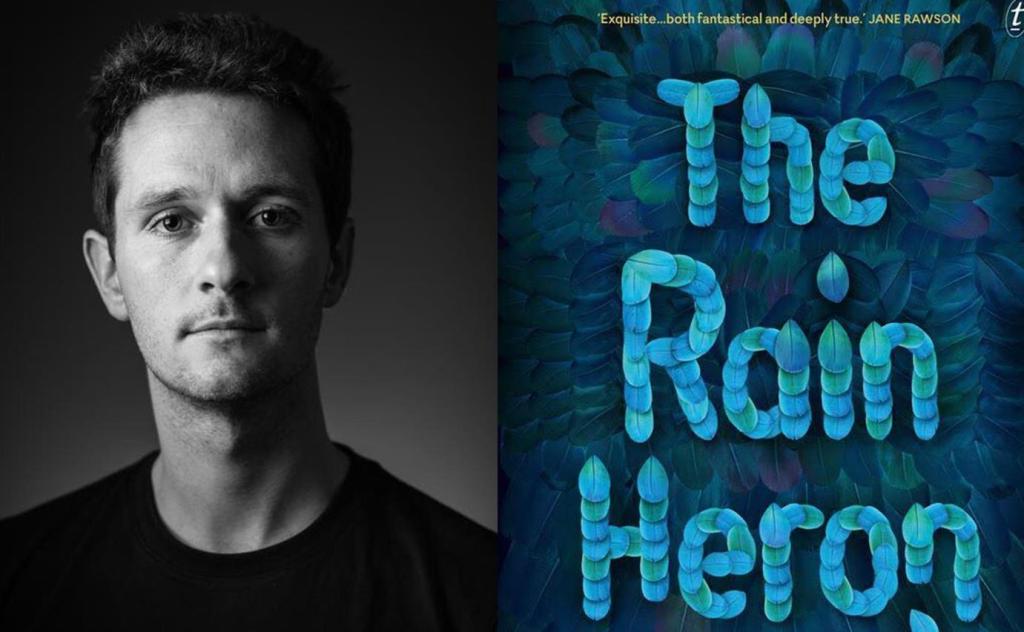 In a mountain forest, soldiers trample a hermit’s garden, smashing her crops and tearing down her traps. Led by a ruthless young lieutenant, they’re hunting for a rain heron; a powerful, mythical bird made of water that can control the weather in what is a climate-ravaged, dying landscape. Ren, the hermit, knows where to find it. But its capture comes at a terrible cost, and her life will be forever intertwined with the young lieutenant’s.

Author Robbie Arnott’s writing is as refreshing as a wash of rain; no-one is producing fiction quite like him. Of course, it is easy to compare him to fellow Tasmanian author Richard Flanagan, but it is perhaps often reductive: Arnott’s lyrical writing is saturated with mystery and old magic, more like a fairy tale than a Richard Flanagan impression, and undeniably unique enough to stand alone ‒ commendable for a young novelist.

The Rain Heron reads like a fable, exquisite and melancholy, and Arnott’s love of landscape and nature is the most striking aspect of the novel.

In fact, Arnott’s writing is strongest and most unique when it is at its most surreal. The passages moving characters or plot from A to B have a tendency to read flat, and the prose, while wildly lyrical and evocative in places, is overwrought within these more traditional structures.

The change in perspective between Ren and the lieutenant is almost disorienting, and the duality and contrast of these two characters at the heart of the novel, both victims of the landscape and harshness of this strange new world but with wildly different responses to it, would benefit from further development.

These technical problems emphasise that Arnott is instead at his strongest when freed from the constraints of more procedural prose, structures and dialogue: when he is instead put to use evoking nature, or detailing the delicate dance between the natural world and mankind. In blunt terms, he’s best when he’s ‘weird’.

The titular bird is the vehicle through which Arnott explores these themes; a poignant allegory for the storm of nature, a reminder that it cannot and should not be contained. The Rain Heron is a climate novel disguised as a folk tale. Arnott should be commended for this rare skill of blending what feels like timeless mythology with a dire warning for our future. 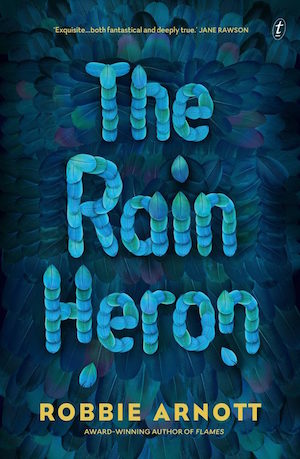