Book review: Fathoms – the world in the whale by Rebecca Giggs

This book is nothing less than a small masterpiece.
Anna Westbrook 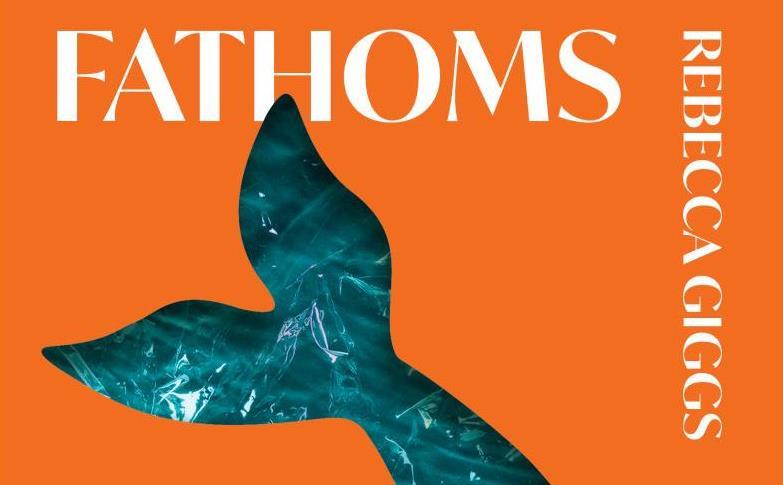 Book cover image: Fathoms – the world in the whale by Rebecca Giggs.

Rebecca Giggs’ Fathoms – the world in the whale is a remarkable meditation on, nominally, whales, but through them the delicacy and intricacy of human relationships with the environment, and the history and legacy of our intimate and devastating impact upon ecosystems. Giggs regards the whale via every imaginable glass, acknowledges the limits of reflected anthropocentric perception, and continues to unflinchingly hold space for that inevitable torsion. The book is a striking piece of narrative nonfiction, philosophical and personal at once wrestling with liminal vulnerabilities, fantasies, conceits and projections, and it deserves global attention.

Bracketed by encounters with a dying humpback on a beach in Perth, and a dead humpback in Sydney, we follow Giggs over a journey of many years, during which she asks herself the question of ‘how to remain compassionately engaged with distant, unmet things.’ She scrutinises the knot of factors that has caused deferral and disengagement between people and their environment, now at the point of ecological collapse. ‘When there are no places unfathomed by technology, when wilderness is excoriated in its entirety,’ she surmises, ‘something inherent to our humanness is also lost.’ Giggs probes a sense of environmental ‘hauntedness’, inflected with regret, and wonders what moves humans from abeyance to action.

The way the writing moves is almost radial, (indeed, beneath each chapter heading, Giggs leaves in the words and phrases she must have used to guide herself from point to point, like tiny, fluttering orienteering flags for the reader), and each sentence is reverberative. The dead whale, for example, ‘drifts past fish that no longer look like anything we might call fish, but resemble instead bottled fireworks, reticulated rigging, and musical instruments turned inside out’, and, in describing its bones, they are ‘stripped, hollowed… Decades may pass, a hundred years even, before nothing remains – only a dent that holds the dark darker.’

Giggs swings between the mythological and cultural significance of whales, from the Vikings to the Japanese, to the Sami, and to the indigenous peoples of North America and Indigenous Australia: noting the ancient petroglyph of the whale on one of the heads at Sydney harbour. Giggs plays with the way in which ‘the world has formed and reformed’ around it over its long, long existence and gives a fascinating history of commercial whaling’s ascendancy and the astonishing reach of its tendrils into the establishment of modern consumer culture. ‘What a cruel and intimate historical loop: whale bodies provided the base chemistry from which the precursors to PCBs were extracted, and now, so many decades later, the legacy elements of these substances came to rest and accumulate in the living animals’, she writes about whales necropsied to reveal junk stores of plastic in their stomachs. Often, I wince with feeling – (guilt? shame? sorrow?) – as when she writes: ‘Fifty years ago, the ocean was very nearly plastic-free. In the lifetime of a single whale, its environment has absorbed hundreds of thousands of tonnes of polymer litter…’ And I look at the plasticised sticky note I just peeled off to mark the passage.

From the ridiculous tragedy of whales polluted by our ‘convenience’ obsession and exponential economic production, to the sublime, in a deft flick – the ocean depicted as ‘fabulist’, as ‘this inscrutable outer space whales return from, in a metaphorical sense, enchants us with our own inwards enigmas.’ Giggs documents her own experience whale-watching in Eden, NSW, and her complicated emotions regarding the whale as a ‘symbol’. Whale-watching is ‘tourism in proximity to extinction, I think, an attraction formed by the thwarted spectre of death. We’ve come to see what we’ve saved.’

Fathoms is a meticulously crafted opus, showing off Giggs’ bower-bird eye for glittery detail dredged from trenches of research, down every whorl and fossicked from the silt. I was in turns horrified and pacified but always mesmerised. Carl Sagan, as Giggs mentions, included whale song on the Golden Record sent out into space with the Voyager in 1977. He called the record: ‘A love song, cast upon the vastness of the deep.’ Equally true of this inimitable book. 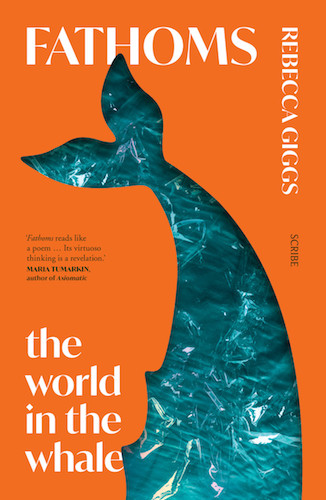