Colonisation, racism and the potency of Indigenous artwork

A new touring exhibition that addresses discrimination against First Nations peoples and minority groups is giving a voice to marginalised Australians.
Sabine Brix
[This is archived content and may not display in the originally intended format.] 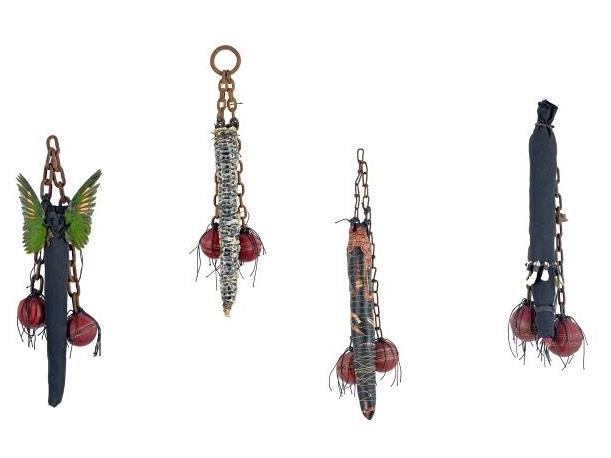 ‘Australia has a dark history in terms of how they’ve treated Aboriginal people and how they continue to treat them,’ said Yhonnie Scarce, the co-creator and one of the contributing artists of Violent Salt, a new touring exhibition which recently opened at Artspace Mackay.

One example is artist Karla Dickens’ work, which examines the castration of Aboriginal men by settlers as a torture technique.

‘It’s an amazing work, very powerful, very traumatic,’ said Scarce. ‘It’s one of those stories that doesn’t get told very often. It’s all about the disempowerment of strong Aboriginal men.’

Violent Salt aims to do the opposite in this exhibition by bringing together some of Australia’s best artists including: Abdul Abdullah, Vernon Ah Kee, Richard Bell, S. J. Norman, Jemima Wyman, Yhonnie Scarce, Daniel Boyd, and Megan Cope, and allowing them to speak through their artwork.

As a First Nations artist belonging to the Kotkatha and Nukunu peoples, Scarce said she has experienced racism, discrimination, marginalisation and disadvantage. This rings true for the other artists contributing to Violent Salt.

‘While I was researching this exhibition, one of the First Nations artists declared that “All my life I’ve felt invisible”,’ Scarce said.

‘It is precisely this experience of being silenced and ignored as a member of society that this exhibition seeks to explore, not only for First Nations peoples but for other minority groups in Australia.’

Commissioned works by both Vernon Ah Kee and Daniel Boyd seek to further explore this. Boyd’s work examines blackbirding, the practice of kidnapping South Sea Islanders to work as slaves for the cotton and sugar cane industries, while Ah Kee’s video work features riot shields and evokes the conflict and violence of land rights rallies, reflecting on the racially motivated killing of a young man whose body was dragged behind a ute.

One of the standout works is S. J. Norman’s Bone Library, a piece in which words from Australian Aboriginal languages have been classified as ‘extinct’ and engraved into the bones of sheep, and beef cattle.

The exhibition, which is the first national touring exhibition for Artspace Mackay in a decade, also gives visitors in each location the opportunity to share their hopes for a better Australia by contributing their thoughts on a participation wall.

‘This is a safe space for people to have the opportunity to be part of a conversation to express their feelings about what they would like to see change in Australia,’ Scarce said.

‘The urgency for the Australian community to discuss these important issues and truths cannot be stressed enough. Australia needs to celebrate diversity and people of all backgrounds.’

Violent Salt is showing at Artspace Mackay until 24 November and will tour nationally until 2021.