Vietnamese-Australian comic Diana Nguyen is a vivacious and effervescent force.
Thuy On
[This is archived content and may not display in the originally intended format.] 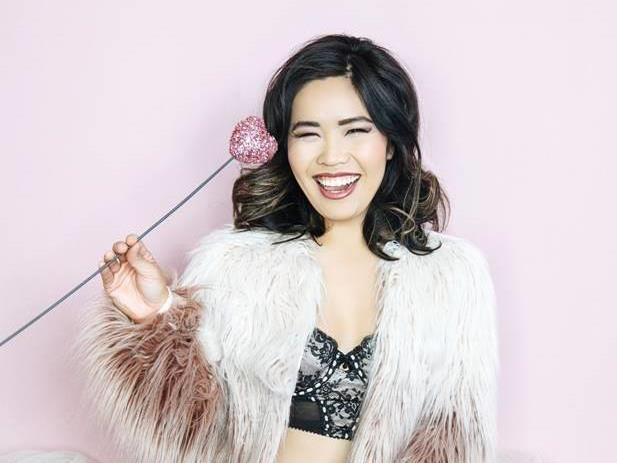 Possibly taking her cue from that famous Michael Jackson song (which does feature briefly), Diana Nguyen’s show dishes the dirt on her own personal life.

In the small and intimate space upstairs at the Storyville Bar, the Vietnamese-Australian comic is a vivacious and effervescent force as she lays naked her own struggles at negotiating life as a woman of colour, with a particular emphasis on sex and relationships (hence also, the title).

You don’t have to have an Asian mother (though it helps!) to understand the dilemma Diana has gone through, as she ruefully recalls hiding her boyfriend in the wardrobe when she was 18 to avoid detection from her eagle-eyed parent. Years later, the now 33-year-old is under pressure to have children, with the same tiger mother now worried about her lack of grandchildren and stressing over Diana’s empty womb. Expectations and realities of sex, modesty and reproduction are given a good work out here. (Wait for the bit where Diana recounts how her mother laid in waiting with a bathrobe at the ready in her earlier stand up gig).

In other narratives, the show, which could do with some finessing, moves about rather haphazardly as Diana talks about her crap Vietnamese, the tonal differences between the South and the North, her roles as MC in weddings and anti-racist workshops and her disastrous dating life (top tip: forget about Tinder, Bumble et al, it’s all about Linkedin! Hey, at least the profiles are in focus and all the men are in gainful employment!).

There is some serious intent behind the lightness though; Diana reminds us that though she’s been an actor for 14 years, there is still a long way to go before she’s not routinely cast as a prostitute or made to represent every other Asian nationality in the bit roles she has played. There is a vulnerability behind the smiles that is genuine and moving. It feels like there is a lot of material that Diana could have used, and her performance could do with some structural cohesion. Nonetheless, she clearly knows how to work the audience and is multi-talented, with a strong singing voice and some funky moves. This is a bawdy and heartfelt show; watch out for her ‘Can’t stop the tingle’ rendition.