Funny, funny feminism from post theatre.
Liza Dezfouli
[This is archived content and may not display in the originally intended format.] 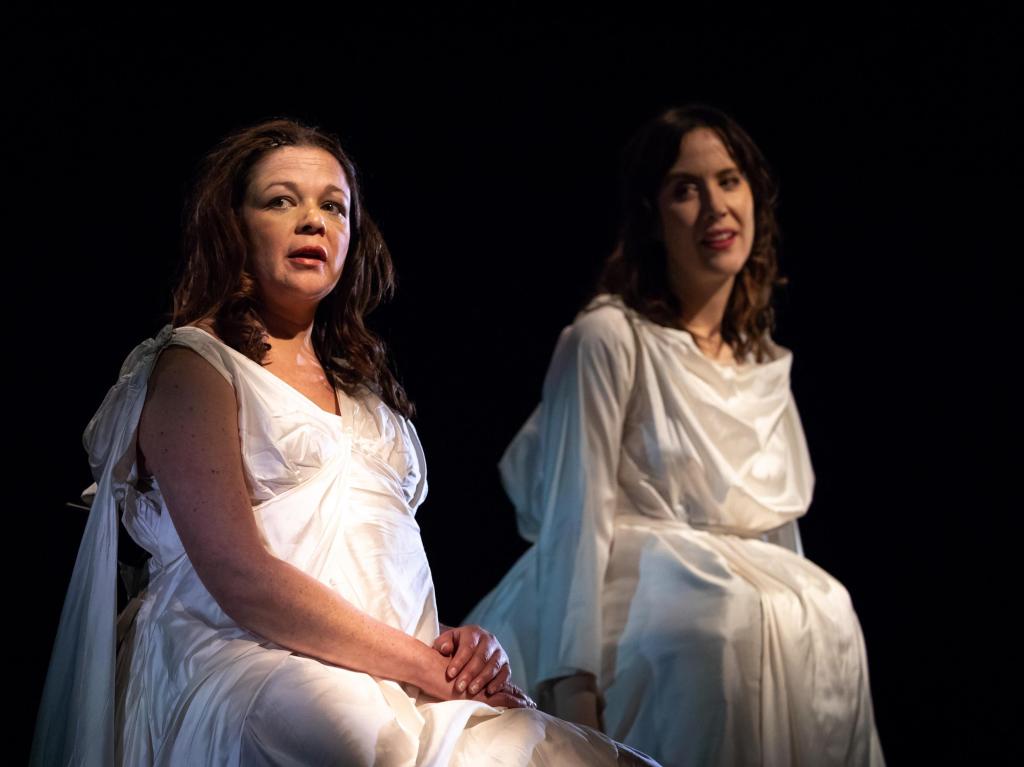 Ich Nibber Dibber is a nonsense title for a show by post theatre company, a performance that’s essentially three women talking some absurd drunken shit, having the kind of conversations you don’t expect to remember years later. However, because Zoë Coombs Marr, Natalie Rose and Mish Grigor recorded themselves over a decade, we get to listen in. It’s familiar, hilarious, silly, and revealing.

The show opens with the three long-time friends perched on high stools, each draped in long white floaty garments, forming an image of lofty, pristine pre-Raphaelite ladyhood. They then go on to discuss poo, vomit, being fingered as adolescents, low walls, boyfriends, conjoined twins, childbirth, dry vaginas, and a whole pile of other stuff, the conversation sliding across the years as the women’s lives change.

You get a natural, delightful sense of each character, of their respective curious-mindedness and of their individual ‘takes’ on life. Mish in the centre comes across as the most traditionally ‘girly’ one, less earthy and more naïve than the other two, presenting early moments of hilarious ignorance. Yet she’s who later delivers the quote from art theorist John Berger (Ways of Seeing) about the male gaze, crystallising a beat (‘the’ beat of the performance, you could say), while asking us to ask ourselves if we’re ever really free of self-consciousness regarding how we appear to the world? Coombs Marr, as a lesbian, reckons she is. (I’d posit that few women anywhere while out in the world get to experience ourselves as truly blithe, at least not regularly. It just ain’t safe.) 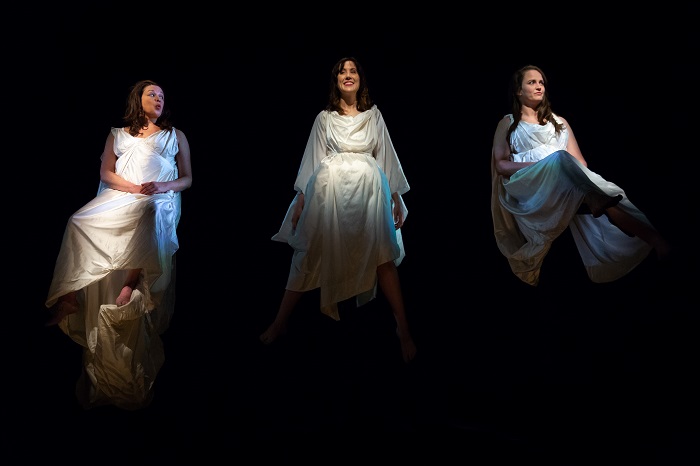 The trio are enjoying themselves – there are moments when you think they’re going to start laughing at their own show. And the nibber dibbering doesn’t finish once the lights go down, when they come up again the three are still on their stools, the stage manager hands them each a beer and they keep talking. As you do.

There’s much more to it, but I see Ich Nibber Dibber primarily as a celebration of sustaining female friendship, the type where you get to be fearlessly yourself and are safe to say anything including bluntly honest statements like ‘if we met each other now we wouldn’t bother with each other’. It’s worth hanging in there with those who know your stories and with whom you can share every thought, from the banal to the profound. These are the times when we’re free of the male gaze. Ich Nibber Dibber is very funny feminism, from start to finish. To quote post themselves, just being three women on stage is inherently political.