Jacinda Ardern on why the arts need to be universally accessible

New Zealand's Prime Minister and Minister for Arts, Culture and Heritage says art should be for the many, not the few.
Jacinda Ardern 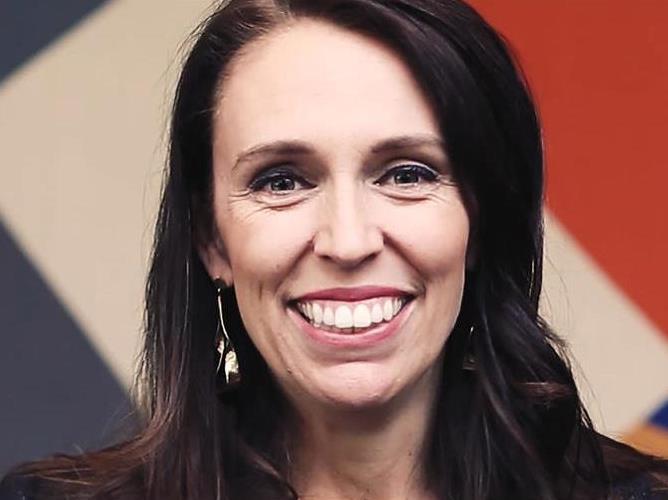 The word of the year is a tradition where dictionary-makers chose one word that reflects the mood of the moment.

In 2017, amidst the turbulence and turmoil that was the #Metoo movement Merriam-Webster’s word of the year was “feminism”. Collins stretched things a bit with a two-word word of the year – “fake news” – while over at Oxford “youthquake” took top honours.

Back in 2014 the Merriam-Webster word with more “lookups” than any other was “culture”.

Explaining the reason behind it editor-at-large Peter Sokolowski said it was a word that ‘allows us to identify and isolate an idea, issue, or group with seriousness.’

It’s also a word that, for me anyway, conjures up a myriad of different thoughts and images. It encompasses language, social habits, art, music, history, scholarly achievements…and so much more.

Jacinda Ardern, New Zealand’s PM and Minister for Arts, Culture and Heritage writes: Cultural engagement has multiple benefits. As Minister my priority is to make sure the three words in that title – Arts, Culture, Heritage become ingrained in people’s brains and experiences and that their value to New Zealand society is far more widely recognised.

The challenge, of course, is that the benefits of art, and of culture, are not always readily available to every New Zealander.

They should be. Every one of us – be it an opera-loving elder in provincial Southland or a budding film-maker in Mangere – deserves access to the diverse and varied talent that makes up our creative sector.

Every one of us … deserves access to the diverse and varied talent that makes up our creative sector.

Just over a year ago I delivered the Labour Party’s Peter Fraser Memorial Lecture, setting out my vision for the arts in Aotearoa New Zealand. It allowed me to indulge my audience in a selection of the artists who have shaped me into the person I am today.

I stumbled across one of those people – the poet Wislawa Szymborska – one ghastly winter day in New York, as a broke young Kiwi on her OE.  In accepting the 1996 Nobel Laureate for Literature, Szymborska spoke of poets as being amongst “fortune’s darlings”, a select group of people who seek and find inspiration in the work they do.

During the lecture I said I would go a step further and define fortune’s darlings as all who find sources of inspiration and creativity themselves, or can access it in others.

Today, my vision for the arts in Aotearoa is simple – that all New Zealanders have the opportunity to be one of Szyborska’s darlings.

I believe the arts and creativity are integral and inseparable parts of what it is to be human.

It concerns me that a mind-set still persists in which only those things that can be counted matter, and things not easily quantified are too quickly discarded. Using that mind-set, some argue the arts are simply a nice to have. I whole-heartedly disagree.

In fact the Government has already set the wheels in motion to ensure that cultural value is considered more broadly.

We’ve instructed Treasury to include cultural well-being as a core component of the new Living Standards Framework. From Budget 2019: The Wellbeing Budget, we’ll be using this framework in all our decision making.  It will be the world’s first wellbeing budget. And we’ve got a Bill in the House that will see the four well-beings reinserted into to the Local Government Act, ensuring councils deliver social, economic, environmental and cultural outcomes to their communities.

In changing the way we make decisions, we can start addressing other issues too.

One of those is universal access to the arts.

For this to happen we need to gain a clearer picture of the reach of the cultural sector across New Zealand. With that information we can develop policies that ensure our investment in the arts and culture reaches everyone. It will also mean ensuring the diversity of our communities is represented in the governance and leadership of our cultural sector. We won’t see the arts available to all if the voices of younger people, Māori, Pasifika and women aren’t heard.

We won’t see the arts available to all if the voices of younger people, Māori, Pasifika and women aren’t heard.

I’m also passionate about more support for those lucky and talented people who pursue the arts as a full-time endeavour. For young people to consider careers in the sector, a career in the arts needs to be a truly viable option. In Budget 2018 we increased baseline funding to the Ministry for Culture and Heritage to work on a plan to re-invigorate the Pathways to Arts and Cultural Employment (PACE) initiative, help foster talent, inspire students through the school curriculum, and ensure our screen industry can grow into the future.

Alongside that we’ll continue to support the high-quality arts that enrich and inspire us, working closely with the Ministry for Arts, Culture and Heritage and funding agencies such as Creative New Zealand so our national companies can continue to perform regularly and regionally, our world-class artists have access to the world stage and our fantastic writers can keep producing Booker prize winners!

Finally, it’s important New Zealanders see and hear themselves reflected in public media, which is why we’ve announced a new $6 million innovation fund to drive more content for under-served audiences, including Maori, Pasifika and children.  As well as engaging and entertaining us, public media plays a vital role in an informed democracy. It also serves as a window into our culture by telling our stories at home and abroad.

We live in a country abundant in creativity. As the Minister for Arts, Culture and Heritage, and as Prime Minister, I want to make sure the arts are accessible to all, that the arts are seen as a viable career for our young people and that everyone, especially our decision makers, appreciate how the arts – and all that sits alongside them – truly enrich our lives.

Jacinda Ardern is New Zealand's Prime Minister and Minister for the Arts, Culture and Heritage. Ardern was born in Hamilton, New Zealand, and grew up rurally. She attended a Morrinsville College before graduating from the University of Waikato with a Bachelor of Communication Studies in Politics and Public Relations. Post-university, she worked as an advisor in the office of then-Prime Minister Helen Clark, in London for the Government Cabinet Office and as an Assistant Director in the Department for Business and Enterprise, and on a review of Policing in England and Wales. The Prime Minister joined the New Zealand Labour Party at age 18 and entered New Zealand’s Parliament in 2008. Over her nine years as a representative she has been a strong advocate for children, women, and the right of every New Zealander to have meaningful work. She became the MP for the Auckland electorate Mt Albert in early 2017, and the Leader of the Labour Party in August 2017. As well as Prime Minister, she holds the roles of Minister for National Security and Intelligence, Minister for Arts, Culture and Heritage, and Minister for Child Poverty Reduction, an issue particularly close to her heart.