Fringe advocacy should not be taken for granted

A recent ArtsHub feature called Fringe Festivals 'the arts world's version of a pyramid marketing scheme'. Here, a Fringe Festival Director responds to that criticism.
Kerri Glasscock
[This is archived content and may not display in the originally intended format.] 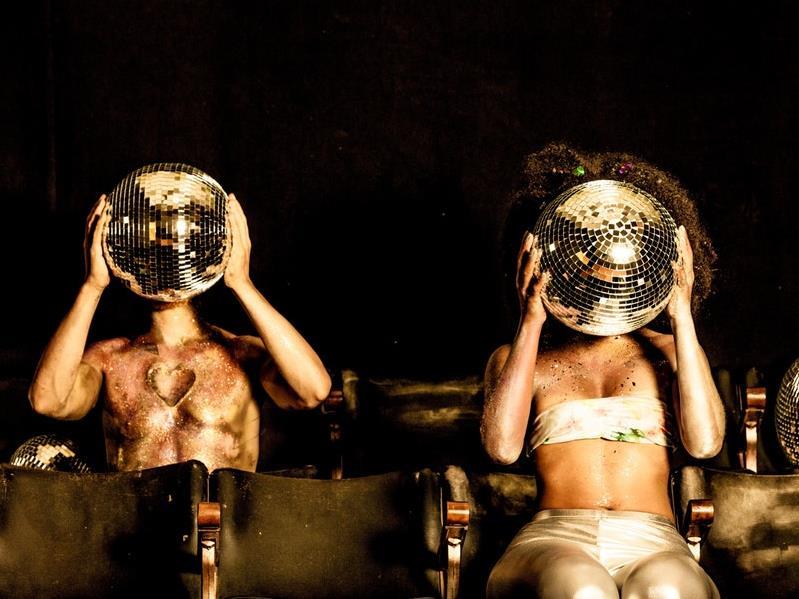 The most commonly asked question asked about Fringe festivals – whether it be in media interviews, post-show discussion in festival bars or in online forums – is ‘What is Fringe?’

Fringe has different meanings to different people, and rightfully so. What sits left of field to one person does not for another; what works in one city doesn’t in another. As such, the global community of Fringe festivals find themselves working like their international colleagues in some instances and far removed in others. What remains consistent is the fundamental desire to support and promote independent artists, brave ideas, new work and alternative voices. Irrespective of the size of the festival, the operational model or the nature, I think you’ll find this desire exists behind all festivals, and it is this ethos that truly represents what Fringe is.

The nuances unique to the differing operational models must be taken to account when discussing both the positive and negative aspects of any Fringe festival. For example, the majority of North American Fringes work entirely on a strict open access platform with artists gaining spots via a lottery and 100% of box office being retained by the artists. They can do this because income is entirely subsidised by large festival bars and volunteer staff. Dublin Fringe on the other hand is a funded arts festival that is 100% curated, and most fringes fall somewhere in the middle.

The claim that Fringe festivals are the arts world’s version of a pyramid marketing scheme as made by Paul Osuch in Where to for Fringe after 70 years? (ArtsHub, 7 July 2017) is a broad brushstroke that excludes the nuances of the sector. There is a truth to the claim that independent artists are at the bottom of the food chain, unlikely to get paid while other professionals receive some payment. I would argue however this a problem that exists in the entire independent arts sector; it’s not the exclusive domain of Fringe festivals. The argument for higher fees for independent performers is valid, but only laudable when there is a significant imbalance in the sector. What is evident in the current landscape is that all parties are underpaid and overworked, that sweat equity is traded upon not only by the artists but also designers, many technicians, independent venue owners and yes even festival organisers and administrators, all of whom are vital in the sustainability and success of our industry.

The claim that the industry exists because of the artists is correct on the surface but it is an argument that excludes the realities of the sector. A large majority of artists would have significant difficulty in presenting work without facilities, infrastructure and support given by organisations like fringe festivals. Over 80% of participating artists at Sydney Fringe identify as emerging or early career artists, requiring a great deal of subsidised financial and administrative support. It’s easy to say let’s be done with infrastructure and perform anywhere but the reality is, in NSW anyway, that the regulatory framework around placing primary purpose performance into alternative spaces legally is exorbitantly expensive under current local, state and national laws. Fringe festivals are one of the only cultural organisations that are leading the way in this reform, demonstrating safe, alternative avenues to government authorities and working collaboratively to amend the restrictions.

While an ‘us and them’ mentality is promoted very little ever changes. Fringe festivals work best when they operate as a mini ecosystem that highlights existing cultural activity, develops new audiences and provides supportive avenues for artists to explore and create. There are more festivals that do this successfully than ones that take advantage of artists. In Sydney independent artists are not necessarily ‘better off producing work outside of festival time’. With a lack of suitable, affordable independent venues Sydney Fringe is now one of the only times a year producers can secure a guaranteed season in a great venue at a subsidised rental – yes, the majority of Fringe festivals subsidise the cost of their venues.

Of the available independent spaces in Sydney at the time of producing our research paper Temporary Theatre Pop-Up Pilot Project in 2015 there was not a single venue that did not have curatorial conditions attached. Meaning that there was no established performance space that artists could hire outright to present their work year-round. This is devastating to emerging and early career artists and to the creation of new and experimental work that falls outside of an Artistic Director’s vision for their venue. The Sydney Fringe, and most Fringe festivals, provide an element of open access to their programming, ensuring any person can present work in an appropriate, affordable venue. These opportunities and the effect they have on the growth of our whole sector should not be dismissed lightly.

‘Most Fringe Festivals aren’t being honest to the artists they rely on to make the festival happen,’ Osuch claimed.

Transparency is something almost all organisations strive for. Information is key to a successful event and you’ll find most festival organisers will be working to gather data in the most concise way possible. All established Fringe festivals publish their end of year reports and the information can be accessed easily. The reality of the situation is that Fringe festivals don’t rely’ on artists’; we exist to serve artists, with most festival business models relying on alternative and additional funding to provide the platform. As a producer of an event you have a right to request any information gathered around your event. That said, having the resources to be able to collect and collate the types of ticketing data Paul refers to in the article is quite frankly extremely expensive and out of the realm of possibility for most Fringe festival organisers, if you desire detailed reporting, you will need to support a model that is heavily funded, and accept the huge administrative costs associated with that reporting.

The year-round advocacy work that most Fringe festivals engage in should not be overlooked or taken for granted. Without national or state industry bodies established for independent artists, Fringe festivals are often the only organisations that have access to all tiers of government and lobby for the independent sectors.

In 2004 Kerri Glasscock co-founded the now legendary underground performance space 505 in Sydney alongside bassist Cameron Undy. Fourteen years on the company now run two full time professional performance spaces presenting six nights per week of local, interstate and international acts at Venue 505 (www.venue505.com) in Surry Hills and a full time Independent theatre program at Old 505 Theatre (www.old505theatre.com) in Newtown. The two 505s present over 320 productions/events a year and remain entirely self-funded and artist run. A strong focus on original contemporary works, audience and sector development and quality programming has seen 505 included in a number of ‘best of lists’ and win numerous awards. In 2013 she was appointed as Festival Director/CEO of the Sydney Fringe Festival with tenure til 2019. Kerri is at the forefront of advocacy for the live music and performance sectors with a strong focus on venue regulation reform. She has contributed to a number of key action plans and resulting policy reforms including: 2017/18: Committee for Sydney Nighttime Economy round table 2014: Off Broadway Plan- Leichhardt and Marrickville Councils 2013: Live Music and Performance Action Plan- City of Sydney In 2015 she managed a 10 month pilot project looking at re-adapting retail space into temporary and low risk performance spaces, culminating in the report and subsequent recommendations Findings of the Temporary Theatre Pop-up Pilot Project- Sydney Fringe Festival and City of Sydney Council. In 2016 she directed the conception and activation of the new cultural arts precinct OFF BROADWAY in partnership with the Inner West Council. In 2017 she headed a groundbreaking pilot project activating a 7000m2 industrial site into a multi venue arts hub in partnership with HPG Australia and the City of Sydney. She also sits on the Board of Directors of the City Recital Hall Sydney and was included in the Sydney Morning Herald Sydney Magazine’s annual 100 Most Influential and Inspiring People List in 2011.