An excellent exploration of contemporary musical culture.
David Barmby
[This is archived content and may not display in the originally intended format.] 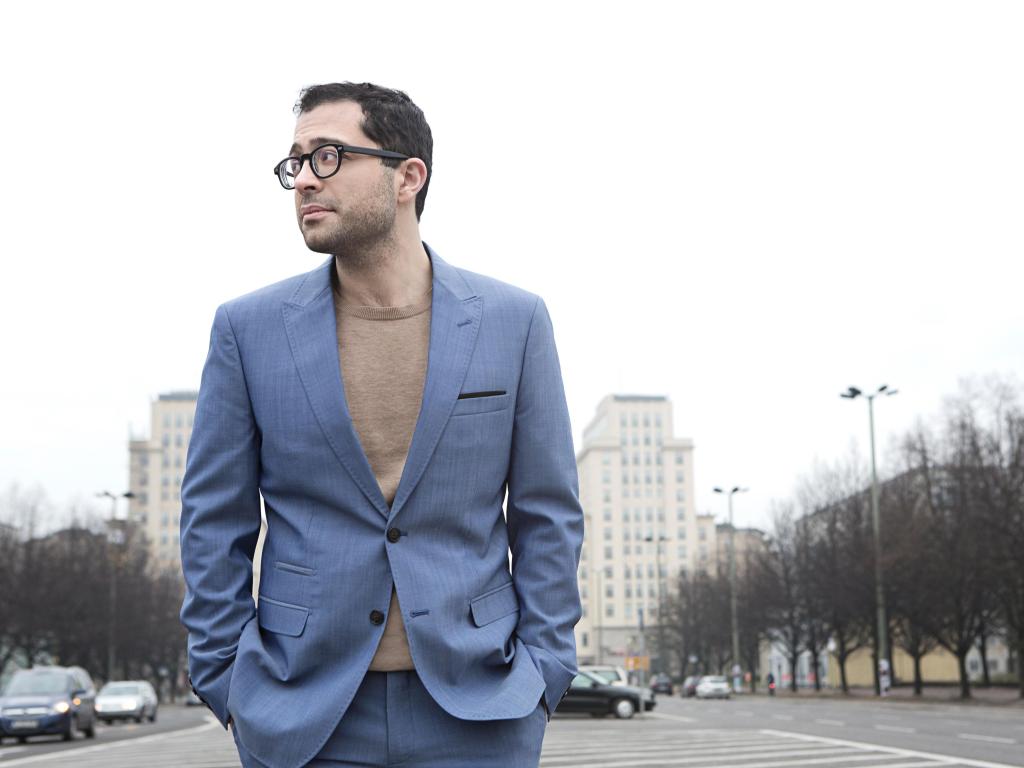 New Music flourished for three consecutive days in the Metropolis New Music Festival presented by Melbourne Symphony Orchestra and Melbourne Recital Centre last week.  In seasons past this festival has been programmed by guest composers but this year was thoughtfully assembled by the MSO’s director of artistic planning, Ronald Vermeulen with a notably Dutch/Australian flavour.  A theme throughout the festival was new music created on historic instruments (The Netherlands being a major hub for historical performance practice), and traditional instruments.  Two main concerts in Elisabeth Murdoch Hall presented the MSO directed by Brett Kelly with soloists including Joseph Tawadros (oud), Erlik Bosgraaf (recorders) and Mahan Esfahani (harpsichord).  A further four concerts took place in the smaller Salon.  I had the opportunity to attend two of the smaller concerts (Resonant Bodies and The Things that Bind Us – Latitude 37) and Metropolis # 2 each well attended. There were five world first performances and a further five works performed in Australia for the first time. Trying to as fully evaluate new music from one hearing is always a most testing experience: over a period of two days I heard 19 works most of which I’d never heard before; there were 11 composers I was introduced to for the first time.

Highlights from the three performances I heard were as follows.  Elliott Gyger’s new work A Church Made of Glass (2017) for three high voices, piano, clarinet and percussion opened the Resonant Bodies concert.  Setting excerpts of text from Peter Carey’s Oscar and Lucinda the work speaks of the “surreal beauty, mad impracticality and doomed fragility” of a symbolic church of glass, and uses a deconstructed Baroque cantata form as its structure.  At only 11 minutes this first performance of the work felt far more substantial.  It overflowed with narrative, conveyed emotional depth and displayed technical virtuosity for voices and instruments alike while demonstrating Gyger’s trademark fastidious compositional technique.   Peter Maxwell Davies’s Eight Songs for a Mad King for singer/narrator/actor and chamber ensemble was composed in 1968 but still packs a mighty punch portraying King George III’s lunacy and unhinged obsession with birds and his aviaries.  Bass-baritone Matthew Thomas was astoundingly effective in his realisation of this deranged royal, a role demanding a range of three octaves, a raft of extended vocal technique (some extreme) and fine acting skills.  This was a memorably fine performance particularly in the final movement when Thomas smashes a violin into splinters before staggering offstage howling in delirium, rage and self-pity.

Latitude 37 is a stylish period-instrument ensemble comprising Julia Fredersdorff, baroque violin, Laura Vaughan, viola da gamba and Donald Nicolson, harpsichord and organ.  The influences of American operatic composer Nico Muhly range from Minimalism to the Anglican choral tradition.  His perplexingly titled Slow Twitchy Organs for organ and instruments (I know only a version for viola and percussion) opened their recital.  The work is a static, slow and very moving song based on the descending Greek Ionian mode (or major scale).  Brooke Green’s Reza Barati (2016) remembering the tragic death of the 23-year-old Iranian asylum seeker in custody on Manus Island was moving and powerfully realised by the ensemble.  The two works for electronics, video and instruments by Icelandic composer, Maria Huld Markan Sigfúsdóttir (Clockwork and Sleeping Pendulum) also static, undeveloped tableaux and both receiving Australian first performances were profound for their elegant simplicity, exquisite textures and intricacy.  New Zealander John Psathas’s Waiting for the Aeroplane for piano (1988) and here performed on harpsichord was notable for its frenetic energy and was superbly performed by Donald Nicolson.

Metropolis #2 presented works by Bach, and Vivaldi in arrangement, alongside music by György Ligeti, Willem Jeths and Anna Meredith.  This was also an opportunity to hear two works by young Australian composers Ade Vincent and Conner D’Netto who both recently participated in the MSO’s Cybec 21st Century Australian Composer’s Program. Ronald Vermeulen announced that as a further development of the Cybec program, Vincent had been selected as the MSO’s 2018 composer in residence.  His The Secret Motion of Things based on a bass guitar rock band riff was effectively composed and well performed though, at least on first hearing, seemed to contain too many ideas to be fully appreciated in the allotted space of time.  We look forward to hearing more of his work with the orchestra next year.

Amongst all of this Mahan Esfahani with Erik Bosgraaf and Hannah Coleman, recorders gave a fine account of Johann Sebastian Bach’s Harpsichord Concerto No 6 in F major, BWV 1057.  An encore by Fez–wearing Joseph Tawadros, Erik Bosgraaf and Mahan concluded an eclectic, well constructed though long concert with warm-hearted ebullience and technical brilliance.