A chilling onstage experience that combines beautifully distorted imagery with a spectacular soundtrack.
Sofia Monkiewicz
[This is archived content and may not display in the originally intended format.] 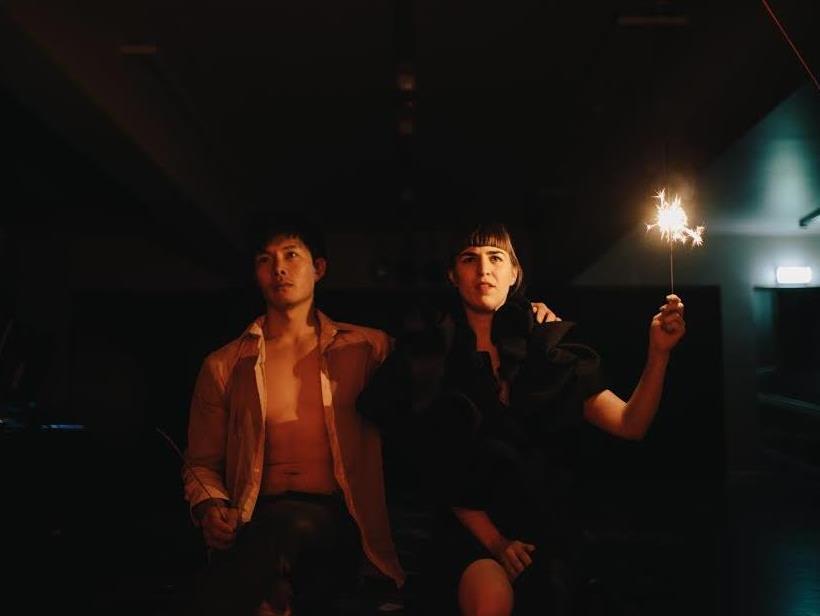 While horror is a popular genre for film, it is not often attempted on stage. As a theme, it requires elaborate visual elements, an ongoing, underlying feeling of suspense, an engrossing storyline, and an eerie, menacing soundtrack designed to keep the audience on edge throughout the entirety of the production. These details are a challenge to maintain in theatre, but The Dead Twin has succeeded in creating a chilling onstage experience that not only encompasses the artform of horror, but that also constructs an original concept surrounding this theme.

Currently appearing as part of FLIGHT – Festival of New Writing, a festival which aims to support and inspire new performance pieces by Australian playwrights, The Dead Twin combines beautifully distorted imagery with a spectacular soundtrack, based on an unnerving story about a boy who is desperate to bring his twin brother back from the dead. Steve (Harry Tseng) appears to have a good life. He is close to being promoted at work, he has a relationship blooming with a girl in his office, and his parents are incredibly proud of his achievements. But they are all deeply affected by their buried memories of Steve’s twin brother, who died many years earlier. While Barbara (Deborah Leiser-Moore) and Harold (Alex Pinder) intentionally refrain from speaking about their traumatic past, Steve begins to communicate with his twin (Daniel Han) with help from the mysterious Lola (Davina Wright).

The Dead Twin is immersive theatre at its best. Writer Chi Vu has created a haunting piece of theatre that analyses the effects of pain and trauma on our lives, and confronts its audience with its compelling yet frightening content. The audience meets at a pre-disclosed location, which allows the experience to begin long before the performers do. Organised ushers with torches in hand lead the small crowd in the direction of the Footscray Community Arts Centre, stopping along the way to view several scenes and images formed by the actors. Once inside the old, dark building, the audience is required to follow the actors from room to room, surround the scenes from any and all directions, and watch the unsettling events unfold.

Han’s portrayal of the cold, intense twin is captivatingly creepy, as he forms the horror centrepiece of the show. His movements are fluid and grotesque, and his presence alone is enough to sustain a high level of discomfort in the crowd, which is certainly a credit to his abilities as an actor. The acrobatic interactions between Han and Tseng are gripping to watch, and the dialogue between them is hauntingly poetic. Tseng has a strong stage presence that makes it easy for the audience to follow him around; his acting is natural and meaningful. Pinder and Leiser-Moore perfect the relationship between Harold and Barbara, which is both intimate and terribly lonely. These parents are suffocated by the traumatic experience they have shared with losing one of their sons, and the starkly different ways in which they handle their agony are portrayed effortlessly.

The scenes between Steve and Lola are arguably the most powerful of the play. Their relationship is raw and vulnerable, and watching their discussions feels almost intrusive. Wright pushes boundaries in her performance, which is both confronting and wonderfully refreshing. She creates a confidence and mystery about Lola that makes it difficult to ascertain whether she is a character to be genuinely liked or completely distrusted.

The soundtrack is generally the most integral element of any horror film, and this sentiment is no different in The Dead Twin. Jacques Soddell has created a soundscape that complements the onstage action and truly heightens the horror atmosphere. These sounds are clearly designed to build suspense and it makes it impossible to ever feel relaxed in the performance space.

Site-specific theatre is unforgettable when the space is utilised well. This show walks its audience through every available space in the building, and incorporates the kitchen, windows and doorways into the scenes. When forcing an audience to frequently move around to watch a performance, there is the risk that it will become clunky and frustrating for both actors and viewers, but director Leiser-Moore has shaped a seamless immersive production that maintains a thrilling fluidity for its entirety.

We all handle emotional pain in different ways. Some embrace it, work with it and use it to heal, while others smother it and hide it away forever. The Dead Twin uses horror in art to examine pain and trauma, and the various ways in which it is dealt with, while also combining remarkable performances, intricate sounds and an impressive, ingenious set. This winning blend of elements has resulted in an excellent theatrical creation, which can only be described as an experience rather than a mere play.