Melbourne's White Night lit up the city over the weekend with a program that delighted the senses.
Troy Nankervis
[This is archived content and may not display in the originally intended format.] 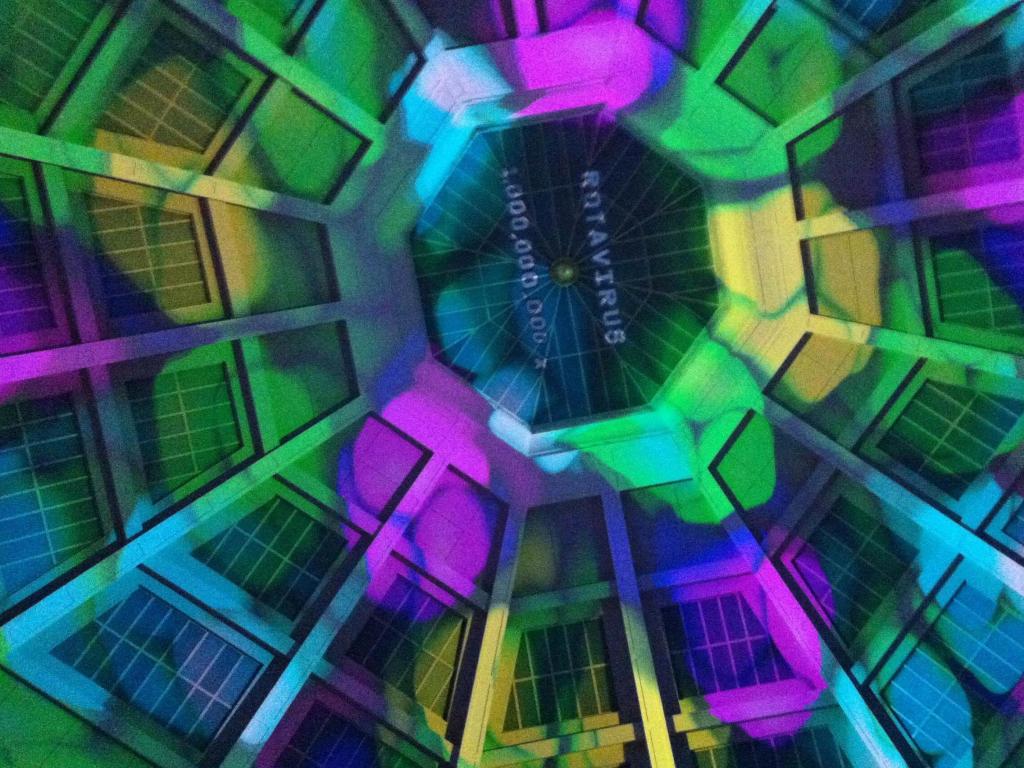 Melbourne literally lit up on Saturday evening for the second annual White Night, and ArtsHub joined in the festivities. Some 550,000 people descended upon the city, some out of curiosity, others armed with a carefully planned itinerary. The program of over 100 mostly free events featured live art, enormous video projections, street theatre, design, fashion and durational contemporary dance performance – quite literally something for everyone.

ArtsHub Special Reports writer Troy Nankervis chose to wing it as he zigzagged his way through the city, commencing at the Northern Lights precinct. The RMIT University School of Art in conjunction with RMIT University Link Arts and Culture intrigued audiences with a showcase of contemporary live art performances, insite/onsite, taking place at various sites around the city campus. The short series of acts were inventive, creative and engaging.

In Purple Rain, visitors were handed umbrellas and invited to enter an immersive audiovisual installation at the RMIT Alumni Courtyard, originally part of the old Melbourne Gaol. Against a background of dazzling purple light, rain machines dusted the crowd with gentle sprays of water, transforming the mild evening into a light summer shower. This sensory experience featured previously at Paris’ Nuit Blanche and explored the interplay between music and light, leaving one feeling utterly serene. It was arguably one of the standout events of the evening. 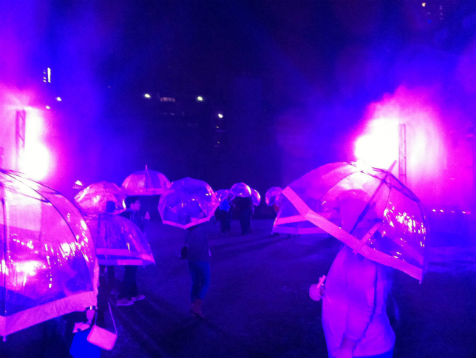 At the Melbourne City Baths, a unique performance venue, members of the Victorian Synchronised Swimming Squad staged choreographed routines in Moonlight Synchro. Dramatic lighting reflected off the tiles, the water and the swimmers themselves. The strong smell of chlorine, coupled with the tongue in cheek soundtrack, resulted in a work that was both fascinating and dramatic to watch.

Deep inside the State Library, the famed Domed Reading Room was transformed into a gigantic microscope with Molecular Kaleidoscope – Virus one billion times. The projected installation work by animator Drew Berry and composer Franc Tetaz was a biomedical visualisation of disease and the body’s defense against it, engulfing the entire space with magnified animations ranging from Influenza to Genital Herpes.

While the trek down a packed Swanston Street thereafter was somewhat arduous, and comparative to peak hour morning traffic, street performers from The DIG Collective won over the stressed but curious crowd with clowning act Running Man on a tiny stage outside the QV building. The ensemble’s quirky and abstract comedy was endearing and completely suited to a migrating audience.

A quick bypass down Elizabeth Street and under the Flinders Street Station pedestrian tunnel led your reporter through to the Vortex Precinct. The gateway to the region was headlined by a stunning blue and white light tunnel constructed over the Southbank Pedestrian Bridge, with the entire landscape reminiscent of the science fiction sentiments of Stanley Kubrick and Ridley Scott 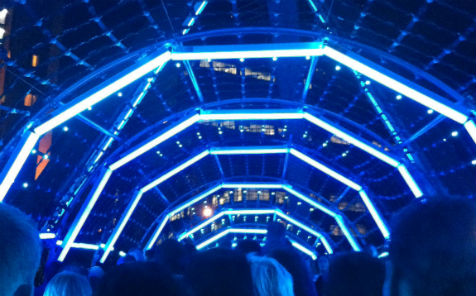 Underneath the Southbank Pedestrian Bridge. Image by Troy Nankervis

Projected on the wall of the NGV, Andrew Walsh’s Tattooed City interrogated our collective fascination and obsession with tattoo art, with giant projections of inked Melburnians splashed across the gallery walls. Inside the gallery, visitors were invited to participate in a series of life drawing classes in the foyer before a unique opportunity to wander freely throughout the Melbourne Now exhibition.

On the third floor of the gallery, Nicola Gunn, Jo Lloyd and Duane Morrison presented durational contemporary work Inside and Outside Stephen Bram’s Level 3, a marathon 10 hour dance piece where the three performers were confined to a tiny room. 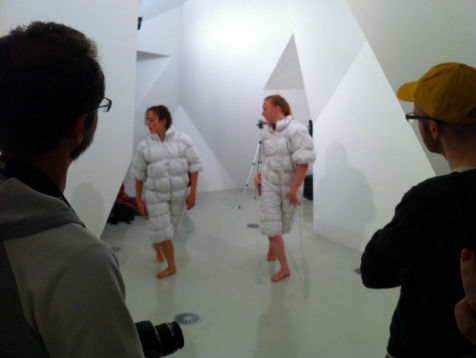 Inside and Outside Stephem Bram’s Level 3 at NGV. Image by Troy Nankervis.

Down inside the depths of the refurbished Hamer Hall, the pianola-styled recital of Rachmaninoff Live was interlaced with periodic introductions to the late maestro’s pieces. The haunting image of a piano seemingly playing itself captivated the crowd and was matched perfectly with the sold-out ghost tours running next door at Arts Centre Melbourne’s Theatre Building.

Fast approaching the end of my energy stores and the subsequent end of my evening, my journey concluded at the infamous epicentre of White Night, the Wonderland precinct of Flinders Street Station and Federation Square.

Heralded by a giant White Night sign on the Princess Bridge, the area was uncomfortably swarming with people at midnight, although the crowd were largely well behaved. Perhaps the most photographed aspect of White Night were the iconic Wonderland projections, lighting up the architecture of major buildings with conjured images of carnival delight. 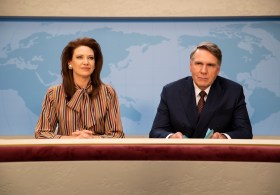 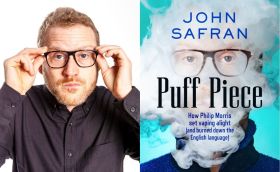 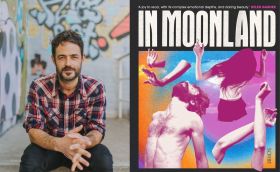 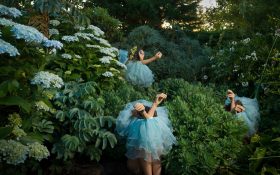