Revealing the richness and diversity of WA Aboriginal Art 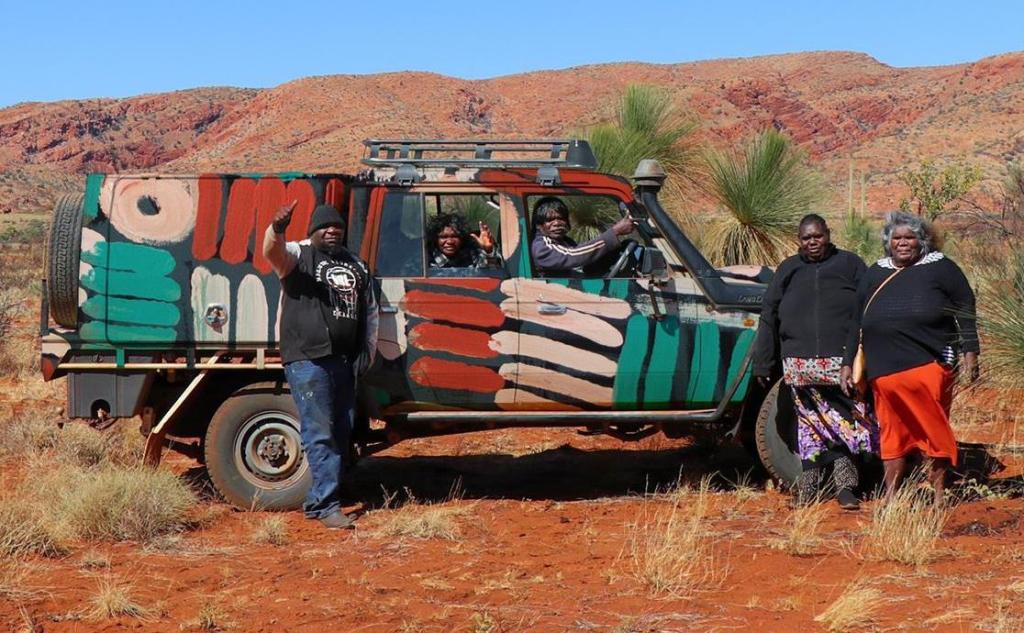 Revealed Exhibition and Art Market is a celebration of the richness and diversity of Aboriginal art in Western Australia.

For more than a decade the event has been a much-loved highlight on the WA arts calendar. It has launched careers, delighted audiences and provided much needed income support to remote and regional Aboriginal art centres and independent artists.

However, like many arts events around the world, the tumultuous events of 2020 had a huge impact on Revealed last year. The exhibition was postponed and moved online, but the hugely popular art market was completely cancelled.

To give an insight into the impact this had on WA’s Aboriginal art sector, in 2019, Revealed generated more than half a million dollars in sales. Last year it was only $100,000.

Now, more than ever, Aboriginal art needs your support.

Rather than risk another COVID cancellation, Fremantle Art Centre will hold this year’s art market online. For four days between 29 March and 1 April, art lovers will be able jump on the web and purchase original works from art centres all over the state.

So the big question is, will buyers still be able to bag a bargain?

‘Yes definitely! Artworks cost as little as $50 and 100% of profits raised from all sales at the Revealed Aboriginal Art Market are returned directly to the artists and art centres,’ said Jane Chambers, Revealed’s newly appointed Exhibition Coordinator.

Chambers said Revealed provides an opportunity to buy art at a really reasonable price because the artists are new or emerging, but also noted the significance of the art on sale.

‘You are not just buying art, you are buying a story, a shared piece of culture,’ she explained.

While many West Coasters will miss the buzz and excitement of buying direct from regional and remote artists in the grounds of Fremantle Art Centre, the online market will mean buyers from all over the world will be able to access the largest collection of WA Aboriginal art in one place.

Every year the Revealed exhibition gets bigger and bigger. This year more than 300 works from 100 artists will be showcased.

Revealed is open to all Aboriginal artists living in WA, however, it’s a highly competitive process. Artists submit examples of their work and are then selected by a panel of industry experts.

It’s also a significant platform for Aboriginal artists just starting out in their careers, Chambers noted.

‘It is a great opportunity for artists to get noticed and to take that next step in their career, with lots of media and arts sector attention on the next new star,’ she told ArtsHub.

As Exhibition Coordinator, Chambers has the delightful task of unpacking all the artworks as they arrive from around the state.

‘It’s a bit like Christmas – I can’t wait to unwrap the next artwork to see it, and without fail they are always better than the photograph,’ she said.

Sculptures by The Tjanpi Weavers are always sought after at Revealed. This 2020 Raffia and Wool piece was created by Erica Shorty Ikunga. Image courtesy of Tjanpi Desert Weavers.

The contemporary works exhibited and sold at Revealed span a huge range of styles and mediums – from paintings to videos and everything in between, the diversity is such that visitors should leave all expectations about Aboriginal art at the gallery door.

‘You will find everything from painted, discarded rusty fuel cans, to beautifully stretched desert canvases.’

In addition to the 31 regional and remote art centre represented at Revealed, this year’s exhibition will host the largest number of independent artists in the program’s history.

‘It is these sorts of opportunities that can really make a difference to an arts worker’s career,’ Chambers said.

Michelle White is an award winning former ABC journalist with more than 30 years’ experience in television, film, radio, print and digital media. A proud Yamatij storyteller, she is passionate about sharing the stories of First Nation people and they have formed the basis of many of her creative projects, including short stories, publications and plays. Michelle works part time as Partnerships and Platforming Manager for Community Arts Network in WA and is a freelance writer for several online publications. When not working for CAN, Michelle volunteers her time on the board of Seesaw Magazine and Noongar charity, As One Nyitting. She also sits on several local government advisory committees and is a an arts grant Peer Assessor and Chair.. In 2019 Michelle was featured in the SBS series Every Family Has a Secret which explored her Mother’s stolen generation experiences of removal as a child. She also discovered her Grandfather was sent from England to Australia as a child migrant.