The inaugural Fivex Art Prize offers visual artists and creatives the chance to reimagine billboard art with a work displayed in the heart of Melbourne's CBD.
Sabine Brix 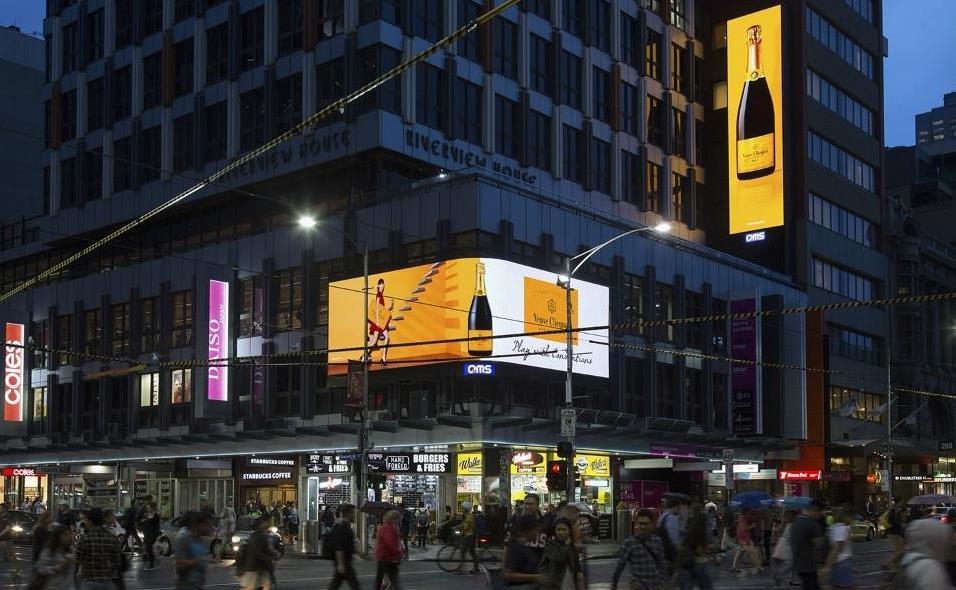 The winner of the Fivex Art Prize will have their work displayed on billboards in Melbourne’s CBD. Image supplied.

The Fivex Foundation is committed to supporting the wider efforts to contain COVID-19. As a precautionary measure, we have decided to postpone the launch event and exhibition of the inaugural Fivex Art Prize until further notice. In the meanwhile, please visit our website to preview the finalists’ wonderful artworks, and follow our social media for updates. We thank you for your understanding and ongoing interest. We wish everyone well during this challenging time. www.fivexartprize.com.au

Imagine standing on the corner of Flinders and Elizabeth Streets – one of Melbourne’s busiest intersections and seeing your artwork on massive LED billboards. It’s the chance to break new ground in the way street art is viewed and have thousands of eyeballs on your work.

With the tagline ‘billboard art reimagined,’ the inaugural Fivex Art Prize offers the winning artist $30,000 and the chance to have their artwork seen by passing pedestrians and motorists from 30 March to 3 May 2020. There’s also a $1000 prize for finalists.

‘We invite artists to create conceptually and visually distinctive works that will have a strong impact when seen among the advertising content on the billboards,’ said Alessio Cavallaro, the creative producer of the Fivex Art Prize.

Entrants are asked to design a work for two billboards – a horizontal corner ‘wrap’, and an adjacent vertical ‘podium’ – that is conceptually related across both sites. The winning work and selected finalists will be showcased at designated intervals among commercial media content, and occasionally given their own spots without advertising too.

‘Viewers will notice that the striking artworks are not ads, that they are in fact a surprising form of street art,’ Cavallaro said.

It’s anticipated that visual artists, graphic designers, street artists, photographers, architects and others will take up the challenge knowing their work will find new audiences outside a gallery context.

‘There is a longstanding association between art and advertising. We hope this prize will open up the conversations around that,’ Cavallaro said.

‘We encourage artists to ask themselves: “What impressive, playful, compelling artwork can I create that will instantly capture attention when juxtaposed between commercial advertisements?”’.

Standardised billboards have been around for over 150 years and have become very much a part of street culture and mediascape, according to Cavallaro.

Pop artists such as Andy Warhol and James Rosenquist had their work displayed on billboards in LA and New York and were renowned for their streetscapes but Cavallaro says the Fivex Art Prize is a unique opportunity for younger as well as established artists – ranging from graffiti artists to creatives working in the media industries – to submit works.

‘For instance, someone who designs in the advertising sphere for commercial clients may wish to pursue their personal art interests and submit a work for this prize,’ Cavallaro suggested.

At 15.4 metres wide for the horizontal billboard and 12.4 metres high for the vertical, the artists will have to be creative.

‘It’s not like a studied presentation in a conventional gallery or museum. Instead, it’s very much a street experience that offers outstanding art in a bustling public space,’ he said.

‘It’s quite an extraordinary opportunity. As far as we know this is the only annual art award dedicated to billboard art in Australia. And so, it would carry an extra special significance to be the inaugural winner of the prize.’

The Fivex Art Prize is presented by the Fivex Foundation, and sponsored by digital billboard company QMS Media. Entries close Sunday 16 February 2020, 11pm AEDT. Winning artworks will be announced and exhibited from 30 March 2020.