A family friendly vibe, Galea leads the way as our charming host of Best Trick Ever presented at the Sydney Opera House.
Judith Greenaway 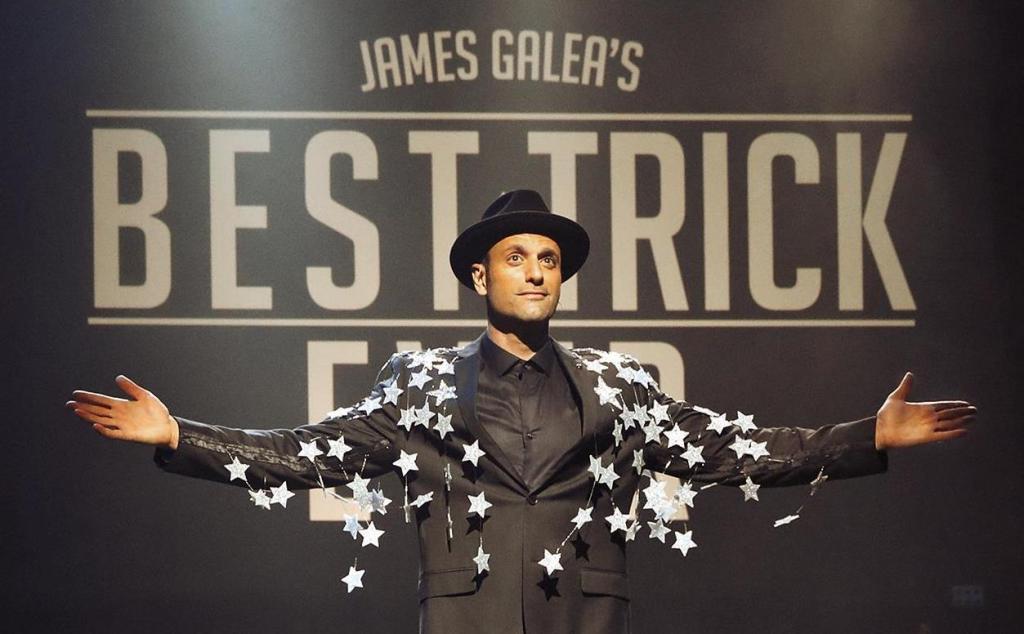 If it’s going to require a wallop of magic to make us all feel a bit better after the recent year, then James Galea’s Best Trick Ever might just do the trick.

The audience were obviously keen for a tall beer glass of excitement and that’s magician Dom Chambers’ doing. A highlight was a hark back to being the best at something from Kuo. The audience were also keen to have their emotions touched by Crowe, and to see something as rare as Coghlan “Houdini” herself out of a tricky spot.

Some of the illusions are somewhat old-fashioned, with one of the chosen pieces a little too available on Youtube, but everything else works seamlessly from an audience’s point of view.

The interactions with the crowd are vital for this kind of show and that element is negotiated by all five artists with a genuine love of their craft.

James Galea’s Best Trick Ever has variety and a family friendly vibe with a side benefit of some awfully intriguing conversations on the way home.

Galea leads the way as our charming host and Chambers’ iPhone trick really gets the crowd involved.  Laughter and awe in equal measure there.

It is great fun to see audience members called up to verify stuff, to lend the magicians stuff and even to bear close witness to the stuff from which magic is created. The COVID-19 requirements were expertly inserted into the night with a suitable seriousness which didn’t diminish the suspense or mystery.

Perhaps the best trick of the experience, though, is one of the first as Galea lays out a lovely narrative twisty-turn on a card trick, with well-crafted patter to make the hand action interesting and the illusion more depthful.

His later piano trick is also pretty special. Galea’s hosting and curation of the evening is complemented by an enviable range of sparkly jackets. The stage is small and, for obvious reasons, somewhat dark, so a visual lift is welcome.

Without getting garish, the lighting is well designed, both for excitement and for obfuscation. The importance of a density of black background for the Rubik’s Cube sequence cannot be overstated.

There is also a considered use of music which gives each turn an individuality of tension and surprise in a subtle specificity of that particular art. Though the set is rather cramped, and some tricks lack visual spectacle, the use of video is gratefully limited to the finer sleights of hand.

James Galea’s Best Trick Ever has variety and a family friendly vibe with a side benefit of some awfully intriguing conversations on the way home.  Teenagers excitedly talking with parents on the way out – maybe that’s the best trick ever.