This production transcends any age barrier to bring the purest of theatrical magic to the Capitol Theatre in a glacier clear reflection of Disney values.
Judith Greenaway 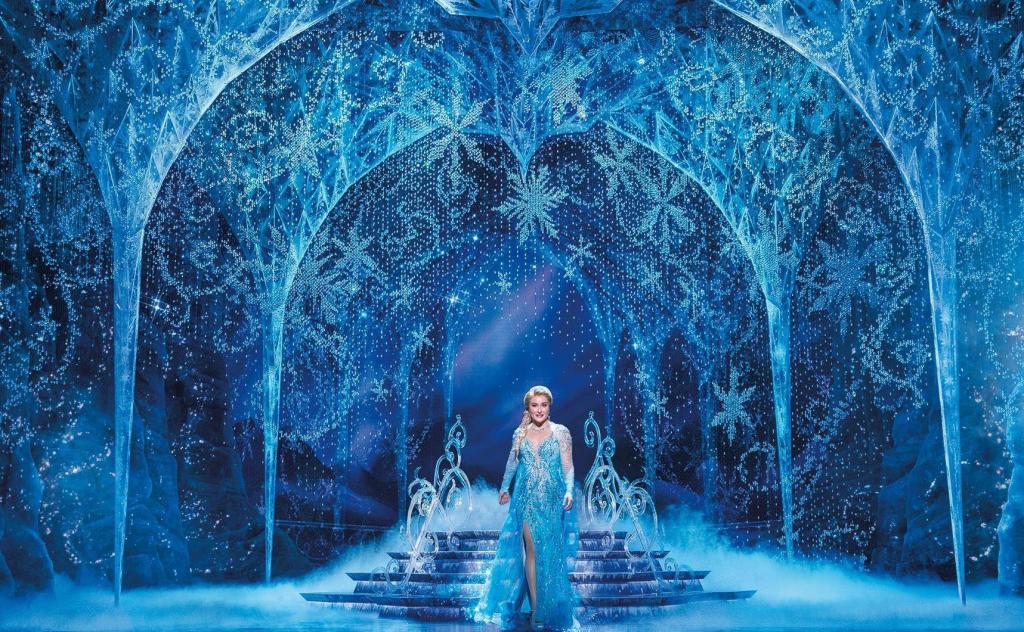 With the clarity of mountain ice, Frozen is the best entertainment in town. Not just the applause-drawing sets, over 450 exquisitely detailed wigs and costumes, projections and lighting to bring an icy world alive, but that shimmer and sparkle of star power which warms a heart with the joy of watching. We know about the vast vocabulary that Inuit people have for snow, but for Frozen, words are poor descriptors.

This timeless and emotional story of sisterly spirit may have been a children’s film but, flash bang, this production transcends any age barrier to bring the purest of theatrical magic to the Capitol Theatre in a glacier clear reflection of Disney values.

Anna (Courtney Monsma) and Elsa (Jemma Rix) play the young women as fierce and tender, with love and selflessness as their North Star. The brilliance of their appeal begins with Anna and Elsa as youngsters (young Anna was played Chloe Delle-Vedove and young Elsa was played by Deeana Cheong Foo) with a bubble and a gravitas which perfectly suits the characters as embodied by the older cast. With an extraordinary chemistry between Monsma and Rix to seal the sisterhood, the voice blend for their duet is soaring and sublime.

Frozen is musically flawless in voice and orchestrations for excitement and some charming silliness. Monsma has a steeliness to inspire inside the passion and the perk and children enamoured of the original will be delighted to see how their heroines deal with adversity IRL.

The most famous song of the show? Rix begins in a throaty whisper in that rich lower register until she lets fly with a spine-tingling excellence of top notes. The conceptualisation of effect for that song, the ease and organic nature of the theatrical magic, so breathtaking and jaw-droppingly seamless as to pull people into a standing ovation at interval.

The men surrounding them are equally fabulous creations with Hans not-to-be-trusted handsome (Thomas McGuane) and Kristoff funny and genuine (Sean Sinclair) and Olaf (Matt Lee) surprisingly dry for a snow critter.  Not to mention the stellar suit work of Sven the Reindeer (Jonathan MacMillan and Lochie McIntyre) and a scene-stealing performance from Aljin Abella as Weselton.

With a constancy of visuals between animated progenitor and live production, the settings are sharply drawn to be recognizable, but are more than the stillness of drawn cels. There is constant movement in the superb projections and textured lighting in a graduated palette to give the stage its icy ambience without freezing the audience out of the emotional pull of the story.

Frozen is spectacle without gaudiness, despite a 14,000 crystal ice-dress, in a shatteringly good production which floods the theatre with goodwill and tumbles the audience out humming, holding loved ones close and with an unfulfilled desire to hug strangers.  What a way to end the worst of years – with the thrill of what live theatre can do.