The Art of the Pianist/Composer

RIVERSIDE THEATRE: The Art of the Pianist/Composer is an exploration of the better known pianist/composers starting with Bach, Beethoven, Tchaikovsky and Mozart, all the way through to Jerome Kern and Leonard Bernstein.
Joan Beal 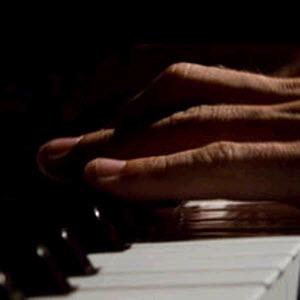 David Scheel opens his show with a definition of the piano taken from the Devil’s Dictionary by Ambrose Bierce: “A parlour utensil for subduing the impenitent visitor. It is operated by depressing the keys of the machine and the spirits of the audience.” The spirits of this audience however, were anything but depressed after the show. Scheel is a very talented pianist, with an impressive career including theatre work, performing for numerous BBC productions and a tour schedule that has been running for the last fifteen years.

The Art of the Pianist/Composer is an exploration of the better known pianist/composers starting with Bach, Beethoven, Tchaikovsky and Mozart, all the way through to Jerome Kern and Leonard Bernstein. Touching briefly on each one, Scheel explains to the audience what each musician was most accomplished in: Bach, for perfecting existing musical forms, Mozart for his inexhaustible genius, Tchaikovsky’s use of scales and so on. Scheel is very good at simplifying the technical terms of piano playing whilst seamlessly playing snippets from various composers. Coupled with his effortless playing, were impressions of the composers themselves, as well as some of their critics. In his best southern accent, Scheel impersonated Mark Twain giving his opinion on Wagner’s music, “his music is more beautiful than it sounds” and Rossini’s quip that Wagner’s music “has beautiful moments but awful quarter-hours”.

Peppered throughout the show, were performances of Scheel’s own music which was itself, a pleasure to listen to, particularly his Dance of the Two Cranes, a piece which was written for a nature conservation CD and A Summer Night Wherever which was a blend of jazz and romanticism. He explains to the audience how he came to certain melodies for some of his songs and extended this intimate discussion of his compositions by mingling with the audience during intermission.

His passion for his art is obvious, and he has strong opinions on contemporary music, (just try to listen to any mainstream radio stations, he says). Yes, this is a comment that was appreciated by the mainly older audience, along with his jabs at mobile phones and the incoherent language of texting. Not appreciated, perhaps, was his jab at Andre Rieu, which could have potentially estranged him from ninety percent of the audience. Scheel perhaps is slightly biased in his judgement of the music available today and maybe a bit outdated. After all, there seems to be more music available for listening than ever before, it’s just a matter of looking for it.

The highlights of the evening were the opportunities for the audience to shout out ideas to Scheel, who would then translate them in to an on-the-spot composition. Last night’s idea was “the excitement of a football match”, and his encore, was to have four audience members pick a note from which he then composed another melody. Scheel’s show made for an entertaining evening, with lots of light-hearted humour. I came away with a renewed respect for the old masters of classical music, for Scheel’s excellent piano playing and a list of artists which I fully intend to rediscover.

Joan Beal is a keen theatregoer. She works in book publishing and lives in Sydney with her husband and two cats.