In The Calling, Simmons, with the aid of Sally Blackwood shows a far more developed sense of narrative. The raw and complex rhythms of a journey home made pulsating glory of chaos and colour.
Raphael Solarsh
[This is archived content and may not display in the originally intended format.] 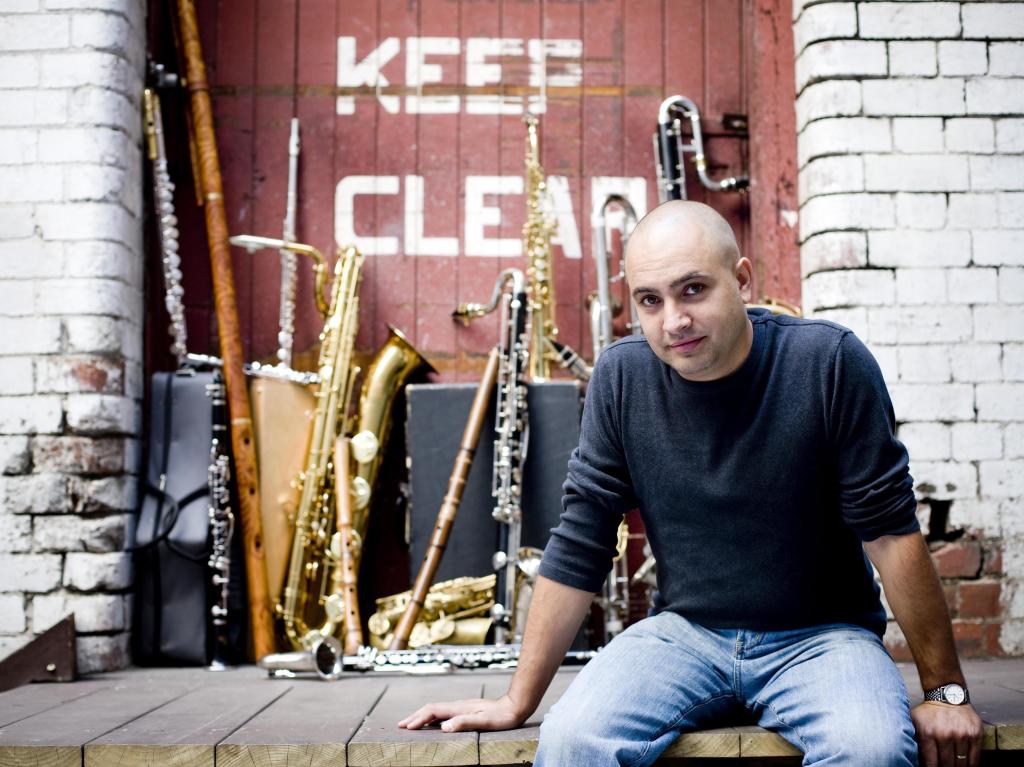 Volume four of Adam Simmons’ The Usefulness of Art (UoA) series picks up where volume three left off but with the continuity of a long-hall flight. Falling asleep in one place, one culture, one language one rhythm and waking up in another without any conscious knowledge of the vast space in between. Where Travelling Tales, volume three of UoA, was a lush and cinematic appeal to euphoria and melancholia of outer exploration, The Calling takes a more introspective turn but does so with an unexpected fire and force. It’s less careful thought and more sonic freefall into a raw and emotive tour de force.

Simmons’s first trip to his maternal homeland of Sri Lanka provides the backdrop for his exploration of belonging in the context of having grown up in Australian in an Anglo-Sri Lankan household. Though his introduction did not go into detail, this journey back was clearly a difficult one as many with diverse heritage would know well. There is a conflict, which is difficult to reconcile, in returning to a place that you are inextricably connected to but have little, if any direct experience.

In The Calling there is no effort to carefully recast the experience in retrospect. Simmons, with the aid of the thrilling Afrolankan Drumming System charges full speed into this new world and in doing so creates an unequivocally honest expression of this auspicious homecoming. The beginnings and ends of each movement bleed into each other as the experiences themselves do, the flavour of one lingering to enhance and clash with the first notes of the next. The tempo is high with brief moments of real-time retrospect offering moments of perspective before a sonorous rise of brass wails like a train winding through the lush green countryside and thronging cities.

There is something viscerally textural about The Calling. Its colours, it’s wonderful visuals, immaculately curated to bring the feel of country and people rushing past the alleys of inner-Melbourne. In The Calling, Simmons, with the aid of Sally Blackwood shows a far more developed sense of narrative. He tells a story with sound, movement and image with a complexity and drive that Travelling Tales did not have. And it’s a deeply personal story brought to a climax with the exquisite final solo in collaboration with Vikram Ayengar. In those moments when dancer and player fully fused there was longing, joy, pain, confusion and liberation.

The Calling is another masterpiece by Simmons and his collaborators and further fires the imagination as to how this UoA will conclude. At home perhaps or onward on the journey?

Choreography and movement by Vikram Iyengar