Strong performances can't quite conceal the fact that this production isn't entirely gripping.
Lynne Lancaster
[This is archived content and may not display in the originally intended format.] 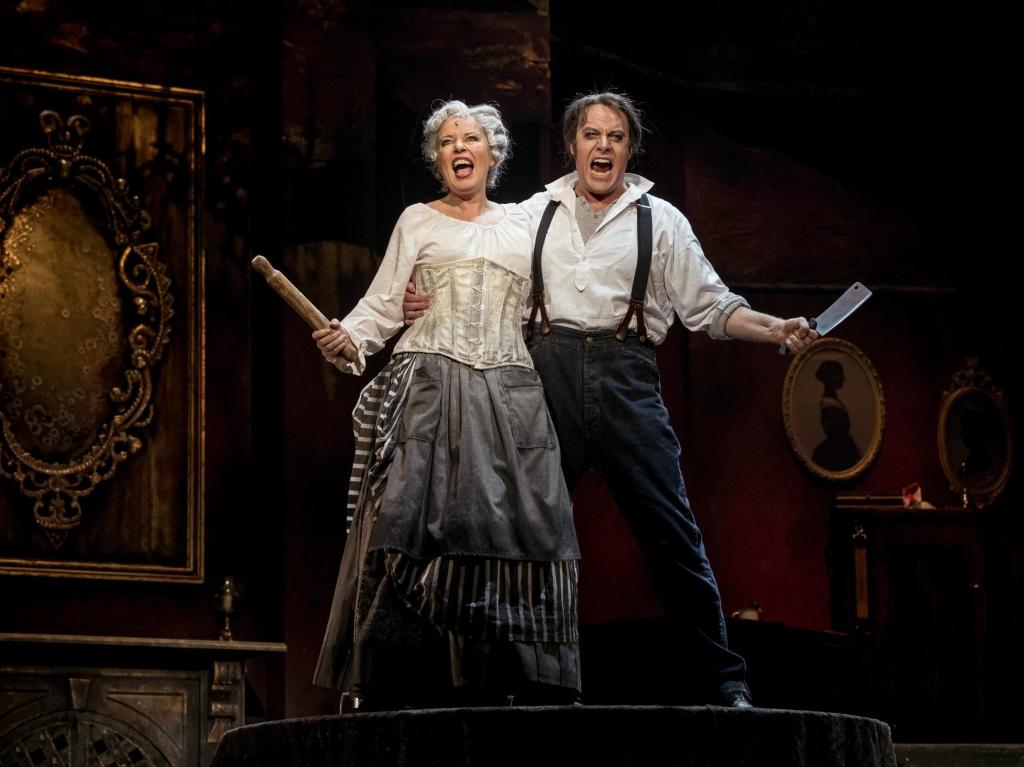 There was a barber and his wife…

Sondheim fans and others are probably familiar with the story: Benjamin Barker, a barber by trade, was transported for life to Australia by the corrupt Judge Turpin, who had nefarious designs on Barker’s wife.

After 15 years ‘rotting in a living hell,’ Barker returns to London and goes back into business, this time under using the name Sweeney Todd and seeking revenge on Turpin in a bloodcurdling scheme he concocts with the help of his downstairs neighbour, Mrs Lovett.

Directed by Theresa Borg, this production of Sondheim’s darkly disturbing work is bleak and remorseless but with flashes of dark humour. It opens with Sweeney being summoned via a séance. The orchestra, under the excellent baton of Musical Director Vanessa Scammell, delivers Sondheim’s sometimes operatic and demanding, sharp, dark and spiky score magnificently.

The set design by Charlotte Lane is atmospheric, evoking Victorian melodramas – a dilapidated mansion – and there are hints of Phantom of the Opera and Beauty and the Beast perhaps. Victorian portraits and paintings hang on the dismal walls (one fractured). A large mirror features prominently; it swings open to provide the balcony for scenes featuring Todd’s daughter, Johanna; at other times we can see her through it.

A grandfather clock towers at one side of the stage, and is used together with a thrust pathway for entrances and exits by the cast.

I was, however, a bit disappointed in one crucial element of the design: the special barber’s chair and trapdoor to Mrs Lovett’s shop below that Sweeney uses to dispose of his victims. Here, the dead simply stand with their backs to the audience and step away, as if ghosts…

Costumes by Kim Bishop are generally in black and white or shades of grey and blue. (A vivid slash of red is provided by the red scarf that Mrs Lovett knits at one point.)

The ensemble is strong, often moving in large blocks of movement. Some of them are dressed as liveried footmen or servants and at times they act as scenes shifters. In the madhouse scenes they are eerily veiled and ghostlike. Their reprises of ‘The Ballad of Sweeney Todd’ which occur throughout the show, and which also open and close the performance, are menacing.

Anthony Warlow is in magnificent form as the demonic and vengeful barber. He is charismatic, with haunted, anguished eyes, and we follow his descent into madness – we see Todd’s distress and suffering. His voice is powerful and compelling with a commanding, lustrous and sonorous tone.

Gina Riley bubbles darkly and sparkles with delicious comic timing as Mrs Lovett. Her ‘By The Sea’ when she tries to seduce Todd is a highlight.

Arrogant, evil Judge Turpin, who is hiding dark secrets, was excellently played by Daniel Sumegi. Turpin and Todd’s duet ‘Pretty Women’ is another highlight of the show.

Joanna was exquisitely performed by Genevieve Kingsford. We mostly see her as an angelic Victorian vision in white (a typical Romantic heroine!) but she is strong and determined too.

Debra Byrne is chilling and scary as the madwoman and Anton Berezin is appropriately pompous as Turpin’s friend, the corrupt Beadle Bamford.

Jonathan Hickey as Todd and Mrs Lovett’s unwitting accomplice Tobias Ragg is most impressive and gives a poignant rendition of ‘Not While I’m Around’.

Anthony, the handsome young man who falls in love with Joanna, was marvellously played by Owen McCreadie.

While Warlow and Riley are tremendous and it is a strong production overall, one is perhaps slightly disappointed and somewhat detached, not gripped, with your hair standing on end, as can happen in other versions.