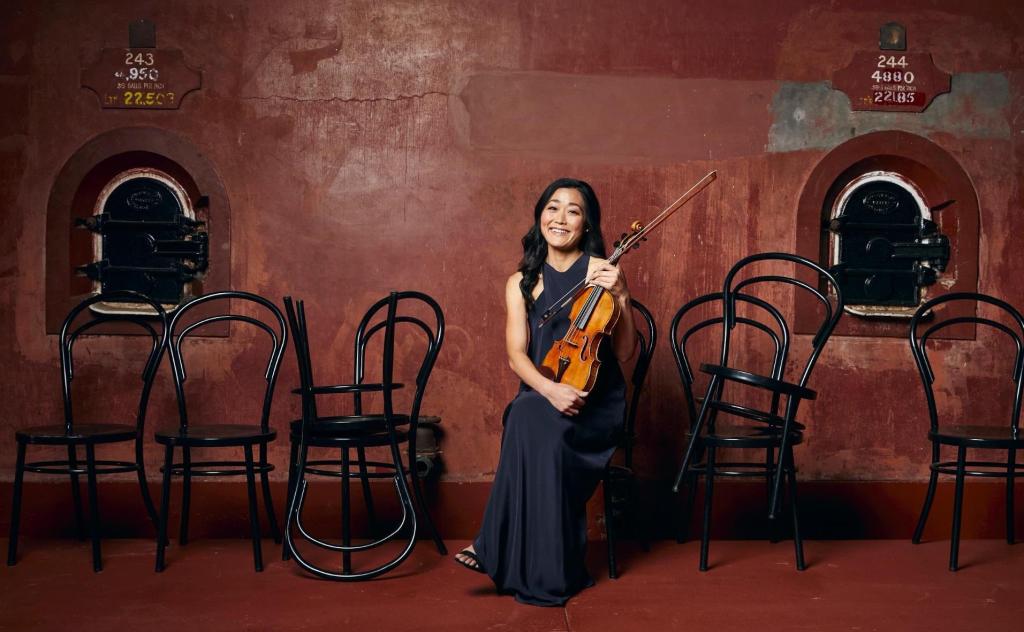 The Adelaide Symphony Orchestra (ASO) returned to the main stage of Festival Theatre last weekend for two concerts celebrating the wonderful contribution made by Concertmaster Natsuko Yoshimoto, who is leaving after 12 years with the ASO.

ASO Managing Director Vincent Ciccarello opened and closed the concert with warm words about Yoshimoto and praise for the entire ASO company and staff during this difficult year. He was clearly proud to announce that the concert was ‘the largest indoor public gathering since March’.

And the loyal Adelaide audience, at half-capacity to allow for COVID-safe chequerboard seating, was clearly delighted to be back. The orchestra, too, was scaled back to allow more space on the stage.

The program opened with the Academic Festival Overture by Johannes Brahms. This is a wonderful party piece, inspired by German drinking songs, and showcasing the percussion section. But it is still Brahms, with all the textures, complexities, and instrumental colour of his usual style.

Vltava by Bedrich Smetana, ‘the father of Czech music’, came next. This is from a set of six orchestral works depicting the composer’s homeland. Vltava is a musical painting of the Czech Republic’s longest river with two flutes leading the way as the river ebbs and flows, crashes and swirls.

And then came the highlight, Beethoven’s Violin Concerto in D with Natsuko Yoshimoto as violin soloist. Written in just a few weeks in 1806, this was Beethoven’s only violin concerto, despite the violin being the most popular instrument at the time. And it took a while to be fully appreciated, even though it’s now considered a masterpiece. Its detail and breadth are even more impressive when we remember that the composer was almost completely deaf by this time.

Each of the three movements has a distinctly different character, from the charm of the lyrical first movement to the almost sacred feeling of the larghetto and the celebration of the final rondo. The orchestra, and especially the soloist, share an intense musical and emotional journey that gives full voice to the violin. Yoshimoto was playing the renowned 1750s Guadagini violin, known as ‘The Adelaide’, on loan from the Ukaria Trust. Her skilful touch and deeply focused playing truly gave it a life of its own.

Guest conductor Dane Lam was an inspired choice for these concerts. His vigorous, expressive style suited both the program and the occasion. He was a delight to watch as he explored every nuance in the music.

The ASO had planned to play all nine of Beethoven’s symphonies this year to mark the 250th anniversary of the composer’s birth, but sadly that was not to be. This concert was a stellar farewell to, and from, the ASO’s much-loved concertmaster and a fitting nod to Beethoven.