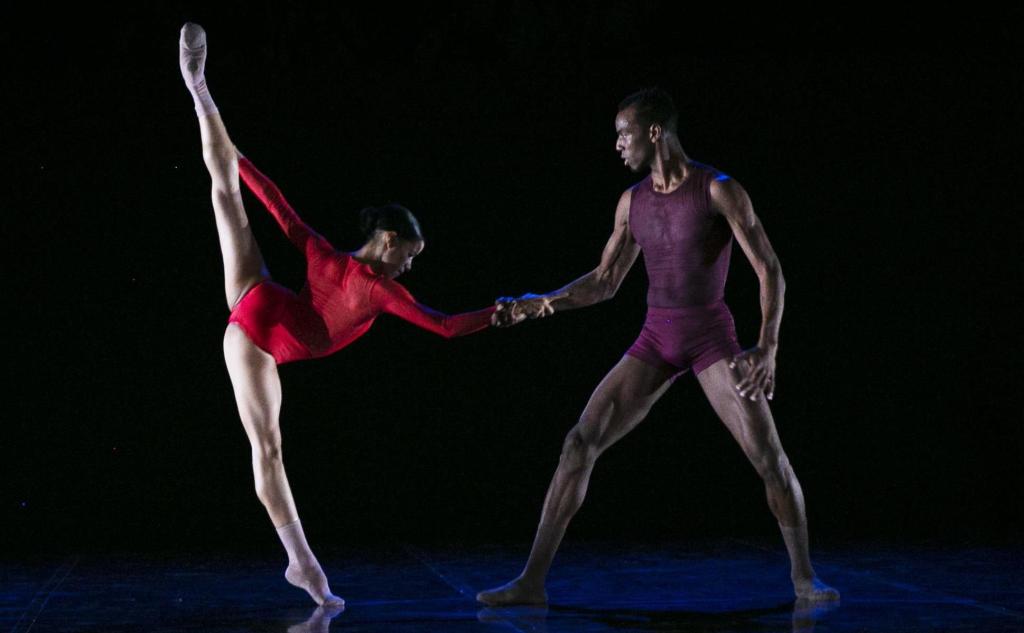 Perth Festival is upon us once again, and coming off the mega successful Alice (in wonderland) season, West Australian audiences’ expectations are high for Ballet at the Quarry.

The Quarry Amphitheatre is truly one of the most stunning outdoor venues in Australia and the West Australian Ballet is lucky to have this beautiful natural canvas in which to showcase its wares.

This year’s Ballet at the Quarry season is called Light and Shadow. It is a big hitting bill, with pieces by the prodigious Australian choreographer Graeme Murphy, dynamic Dutch choreographer Wubkje Kuindersma, and the Polish master choreographer, Krzysztof Pastor – whom WA audiences will know for his previous production with the company, Dracula.

The catchphrase for Light and Shadow is ‘feel something unexpected’, which again pitches a big game. But though the evening builds throughout the three pieces, and as beautiful as the surroundings and dancing is, there is still a little something missing – just a pinch!

The evening kicks off with Graeme Murphy’s Air and Other Invisible Forces. When it debuted at Sydney Dance Company just over a decade ago, this work was paired with delicate yet oversized fabric staging which was stretched, wafted and billowed across the space, enhancing the dancers’ moves and breathing extra life into their movements.

The quarry stage is naturally stunning and is usually lightly touched by most companies that go into the space. Light and Shadow has taken the opposite approach: multiple heavy black wings and a black backdrop make it visually clunky and encumbered from the start, bringing the enforced structure of a theatre to the natural environment. Dancers need entrance and exit points, I get it, but this can be done with grace. Bangarra Dance Theatre demonstrate this beautifully in Bennelong.

The dancing and choreography were beautiful, but it all felt like it was getting swallowed by darkness, rather than the original effect. Huge props to the ever technically delicate and clever Akira Isogawa, whose asymmetrical leotards and beautifully folded, lightly structured fabrics and costumes were perfectly gorgeous.

Architecture of Hope, the second piece of the evening, was a co-production with Dutch National Opera and Ballet. Now this was a showstopper. Wubkje Kuindesma is an emerging choreographer who is already highly lauded, and after getting teary-eyed at the sheer beauty of Architecture and Hope, I will be another watching her career with keen interest.

The first two pairs, Carina Roberts and Jesse Homes, and Dayana Hardy Acuna and Juan Carlos Osma, were particularly mesmerising, and their talent and technique shone through in this magnificently crafted piece beautifully. This is what contemporary dance is all about. Rich in intensity, style and perfectly executed moves, this was far and away the highlight of the evening.

The third act was home to the title piece, In Light and Shadow. The whole company was back on stage for this one and this was the first red flag, as individually and in small groups this company shines in its precision, en masse – not so much! Also, can someone please call 000 as we have a costume emergency! I don’t know where those costumes came from, but they need to go back there ASAP.

Combining Bach’s Orchestral Suite No. 3 with truly contemporary lines (as described) sounds like a fabulous idea and a wonderful juxtaposition, but I struggled to see how most of this choreography fit into the contemporary sphere, as it seemed overwhelmingly classical. Ballet at the Quarry is spruiked as the one truly contemporary season in the company’s calendar. I know contemporary dance is informed by and borrows heavily from other styles of dance, but a layman’s eye would have struggled to tell any difference with this one.

A gorgeous venue, gorgeous dancers and an exquisitely curated program, just not quite as magical as it could have been, or should have been, up against other Perth Festival offerings.