Traditional or unconventional, these drawings in Australia’s pre-eminent prize contain the art of conception and the craft of execution.
Paul Isbel
[This is archived content and may not display in the originally intended format.] 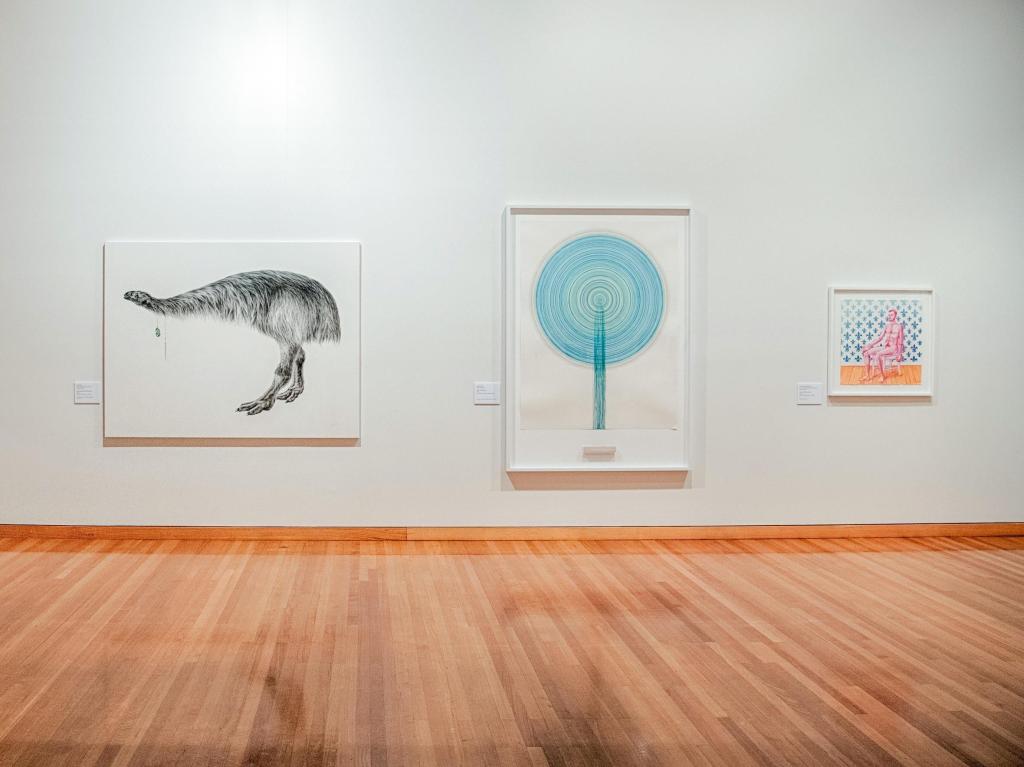 The Paul Guest Prize is the marker of exemplary contemporary drawing practice in Australia, and it is also the frontier to the future of the first of the visual arts. So here in these 50 works of the prize finalists you will find the classic drawing style of pencil on paper, but you will also find instead of a pencil there is pen, ink, charcoal, chinagraph, pastel, pigment, watercolour, gouache, conté, crayon, cotton thread, acrylic, synthetic polymer paint, oil paint, neon light and video; and instead of paper you will find canvas, card, linen, board, cement fibre board, drafting film and a screen. Traditional or unconventional, what makes them all original drawings is their intent to be representational. There is never mistaking what you are viewing.

The more orthodox techniques are found in the exquisite portrait in pencil, charcoal and kraft paper by Wensi Sun titled The man on the sofa, or in Alun Rhys Jones’s I, the Sleeve, an arm-length tattoo rendered in charcoal on paper, or the hyper real style of Adam Cusack’s That’s no way to leave, whimsically mixed with a surreal touch, again in charcoal on paper. The excellence of Sun’s piece rests in its composition in a diagonal from the head of the top right of frame to the feet at the bottom left, at once a snoozing figure reposing and then almost floating, as if in the beginning of a dream. Rhys Jones’s sleeve takes on a sheen in the dense tattoo of the forearm, while Cusack’s pants and parka are almost liquid in their folds and falls. Similarly, James Bonnici’s carbon pencil on paper Head Variation 2 has a 3-D quality that the 2-D surface fails to contain. 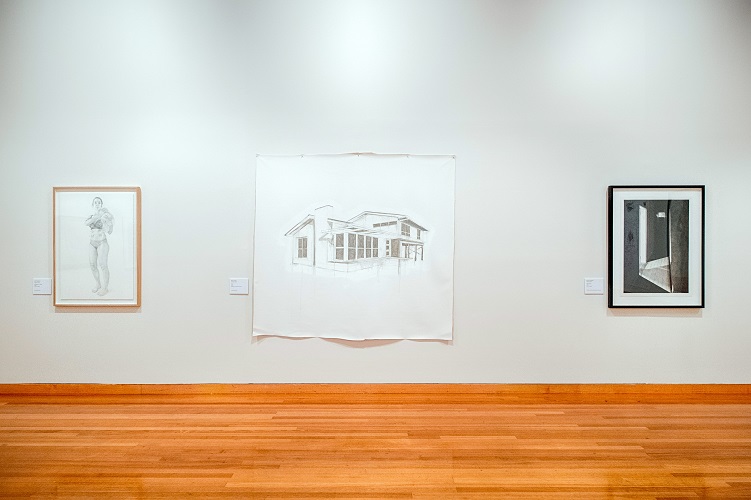 A number of the works experiment with panels, notably Martin Bell’s Australian Landscape, an ink on paper survey of everyday life in the city and country in 12 parts on a herringbone mesh background; or Khue Nguyen’s The Journey of Self (Khue’s visual diary of 2107), again in 12 parts, a year captured in stages and phases, through scribbles, sketches, studies, calligraphy and poetry in mixed media on paper; and Anna Louise Richardson’s Phantom Cat 1, a documentary-like tribute to the tragic extinction of the Tasmanian tiger in six panels, in charcoal, pastel and oil paint on cement  fibreboard.

The exhibition is surprisingly strong on colour. Kyneton-artist Ross Taylor’s Carnival Cruise has hints of a Matisse interior with its vibrancy, but the ‘paint’ is in fact coloured pencil. Graeme Drendel’s Breakfast with Alan Ladd is all pink ink in its wry nostalgia for a bygone popular culture. Also pretty in pink is Carole Bann’s Pollen, a magnified flower of a coral gum, delicately done in coloured pencil on paper. Amber-Rose Hulme’s Look Forward could well be a large-scale coloured photograph, but in fact is a product of pastel on paper. 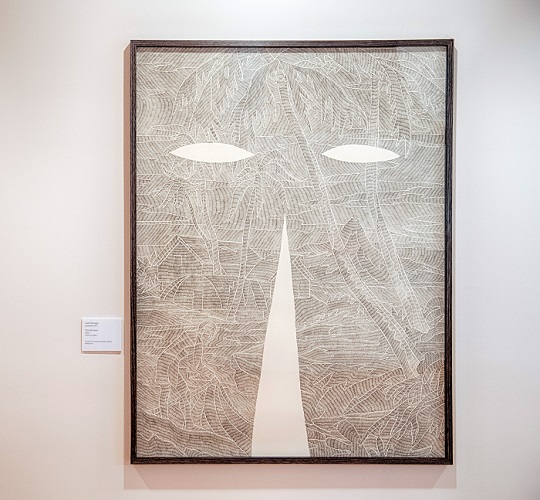 In a bounty of beautiful, beautiful work, sole judge Roger Butler, Senior Curator, Australian Prints and Drawings at the National Gallery of Australia, awarded the non-acquisitive $15,000 cash prize to Laith McGregor for his pencil on paper piece, This Old Island. A large work of 198x153cm, it is a tale of toil in a tropical landscape, composed of topographic strokes like mini-Balinese rice terraces, with a blank mask of eyes and a nose gazing back at the viewer, as if to pass some kind of judgment on the way traditional life is passing on the old island. It is a work of density and mystery that stands constant reviewing.

Now in its fifth instalment as a biennial event, the Paul Guest Prize, initiated by former Family Court judge and Olympic rower the Honourable Paul Guest QC, is securing a name and place in Australian arts awards. The 350 entrants this year is a leap of 150 from the number that entered in 2016 and the prize is $3,000 more than awarded then as well. Given the imagination of the entries in 2018, we can only wait in wonder for the 2020 vision of what drawing means in Australia. But for now, get to Bendigo while you can, because the only way to see these masterworks is up close. And personal.

Paul Isbel is a former ArtsHub contributor and a publicist for the Australasian Arts and Antiques Dealers Association. Most recently he was a course designer for an entry-level vocational training program for the arts sector.