Meow Meow and the MSO join forces for a slapstick cabaret of mischief and Pandemonium.
Charlene Li 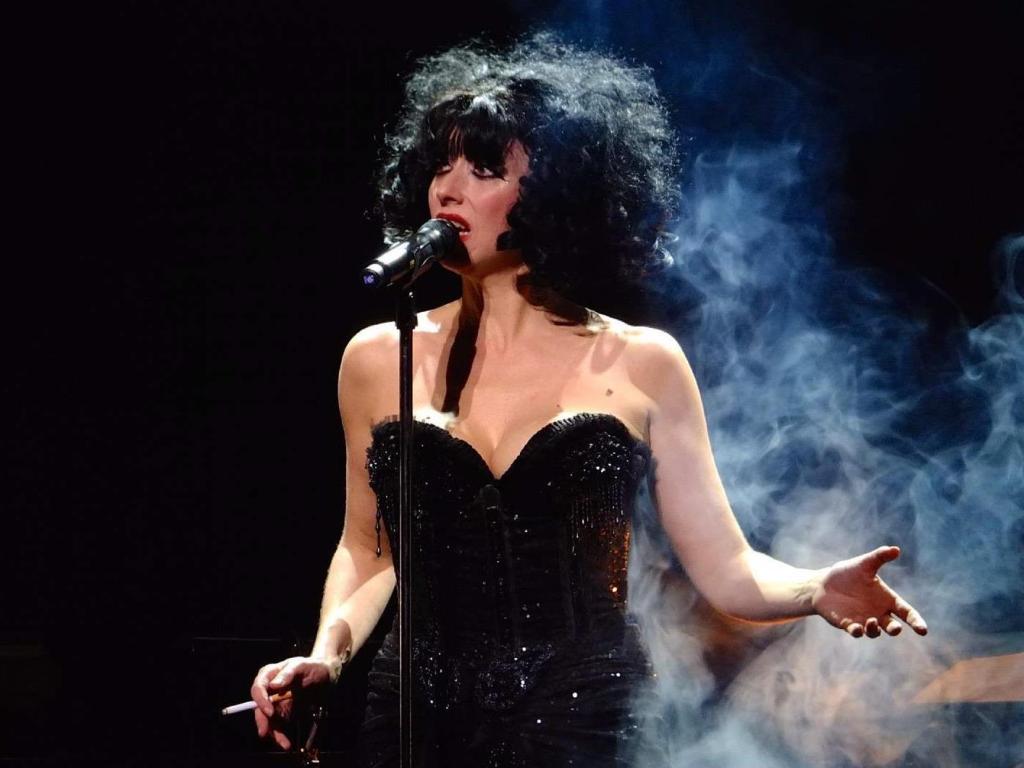 Meow’s Meow’s Pandemonium is an aptly named musical romp presented by the iconic international cabaret artist Meow Meow (born Melissa Madden Grey, in Canberra of all places) with the MSO at the helm of Benjamin Northey as artistic co-conspirators.

In spite (or perhaps because) of the setting — which on a different evening might seem polished or stiff depending on who you ask — it’s clear Meow Meow wanted to present a show honest to the roots of cabaret: messy, intimate, bawdy and above all else entertaining.

In various facets Pandemonium is like a geode, with a rough, earthy exterior contrasting sharply with the crystalline interior. It opens with a convincing (albeit orchestrated) ruse of Meow Meow fumbling frantically towards the stage from the wrong entrance, a few minutes late with bags in hand. A series of similar theatrical ruses punctuate the show.

There are certainly unscripted and at times unnervingly precarious moments (particularly those involving audience participation!) but it’s clear a wealth of technical prowess in music, theatre, movement and language belies the slapstick surface.

The program spans across Amanda Palmer and Pink Martini to Chansons and songs of Sally Bowles’ Weimar Republic sung in French and German with the fluency of a native speaker. While she convincingly portrays an act of being indecisive and flustered on stage at the choreographed mishaps and stage malfunctions, it’s clear that Meow Meow is an artist who knows exactly what what she wants to create and she does it well. Her ability to make Hamer Hall and the silver-and-pearls audience feel like a grungy speakeasy in a hidden laneway is a feat on par with top stage magicians.

The MSO and Benjamin Northey are unsurprisingly great, as well as being great sports. They do things in Pandemonium one would never imagine seeing the MSO do on stage, and add a lashings of mood and colour to the songs. The set design and lighting are similarly superbly done — again, in contrast to Meow Meow bemoaning their inadequacy on stage for comic effect.

A minor gripe is that the show at times felt one-dimensional, and towards the end repetitive in its messaging. Slapstick theatrics and risqué punchlines lose their novelty with overuse. It’s clear Meow Meow wants to demonstrate and communicate to the audience the value of live theatre, but repeating the phrase ‘the beauty of live theatre’ and ‘I’m not a television’ throughout the show seems superfluous the fifth time around.

There were sedate, slower-paced songs interspersed throughout that were sung beautifully, but in a way that seemed hollow and inauthentic. They were mere showpieces, despite all the ingredients for something stirring and gut-punching being readily available — in the songs themselves, in Meow’s Meow’s vocals, and in the setting with the MSO.

While she makes herself vulnerable in some ways — physically and in myriad forms of self-deprecatory slapstick, she doesn’t seem to make herself even a little bit emotionally vulnerable on stage in the same way that other cabaret artists and singer-songwriters do. Every biographical or anecdotal detail she shares is either a punchline or a line on her CV.

Although imperfect, it’s a dazzling and unmissable show; Meow Meow achieves what she sets out to with aplomb. She has the audience in stitches, on the edge of our seats and on our feet at the end of Pandemonium.